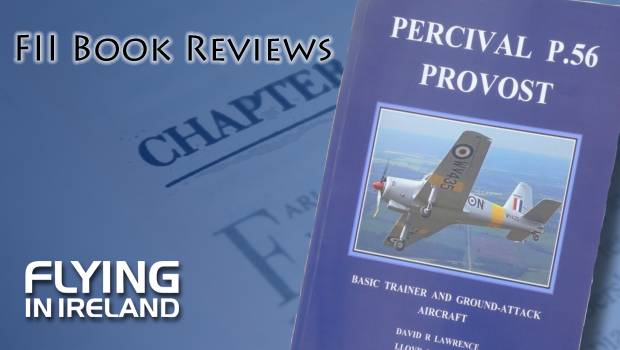 This is an A4 format book of 394 pages well illustrated with good reproduction of photographs on glossy paper throughout including the text. This is an in-depth history of the development of the Provost with highly detailed coverage of the type.

Chapters cover the ‘Prototype and Trials and Test Aircraft’ including the complexities of the production identities.  Then there is a Chapter on each of the seven countries that bought the Provost which includes the individual aircraft histories together with some first-hand descriptions of their operation.

The primary role of the aircraft was Pilot Training but it was also armed with machine guns, bombs (practice and 250 pounds) and rockets.  Some operators used all of this capability. There are colour illustrations of all the National Insignia used including the changes caused by certain countries changing their names. Six Four View colour drawings illustrate various colour schemes.

There is a chapter on RAF usage which, in addition to the Flying Training Schools, includes many smaller units such as the little-known use by some AEF’s and UAS’s.  Then there was the CFS, ETPS, RAF College and the Flying College at Manby plus various other small users.

The final chapter covers civilianised aircraft and those in Museums. Percival had a demonstration aircraft and Alvis had one for their Leonides testing. Various owners operated their aircraft and some followed the Air Show circuit. Some others migrated to Museums. Flying examples continue in use in the USA, New Zealand and of course the UK. All well illustrated with detailed individual aircraft histories.

Over many years of research, photographs have been provided from personal collections which have never before been published. The result is an impressive coverage of the type in all its usage. This is a very welcome addition to the history of another UK produced aircraft and is thoroughly recommended.

A second Volume is planned to cover the individual aircraft histories of all the 465 aircraft produced and any information and photographs for this would be gratefully received.