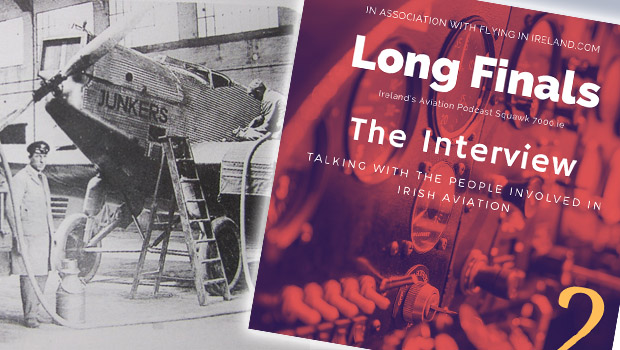 Celebrating the 93rd anniversary of the first East to West Transatlantic flight that changed the world and an update on the Portlaoise Plane – on this episode I speak with Alan Phelan – Vice Chairman of the Society. CEO & Founder of APTN.aero and Teddy Fennelly, Chairman of the Col Fitzmaurice Commemorative Society. They look forward to welcoming you to their first virtual commemoration marking the incredible achievements of Col Fitzmaurice, the impact of the Portlaoise Plane during his formative years in Laois and the legacy of the Bremen flight. Join them on Mon, 12 April 202 19:00 – 20:30 IST

Col Fitzmaurice was an Irish aviation pioneer. He was a member of the crew of the Bremen, which made the first successful trans-Atlantic aircraft flight from East to West on 12–13 April 1928.