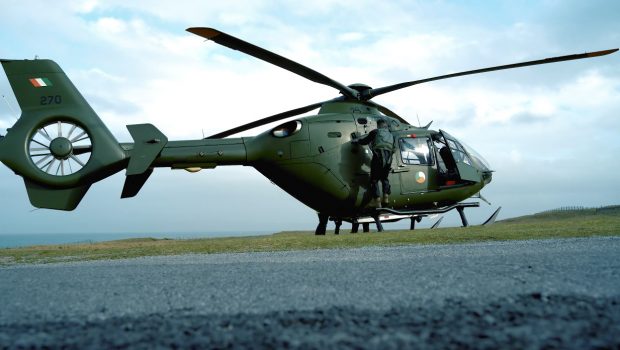 Last week Irish Air Corps crews began delivering the first Covid-19 vaccines to the Aran Islands, Co. Galway and to Árainn Mhór, Co Donegal. Shipments of the Moderna Vaccine were flown from Casement Aerodrome to the Islands by two EC-135 helicopters and handed over to GP’s on arrival. This operation was conducted as part of our continued support to HSE Ireland in the fight against Covid-19. See a video from the mission below.