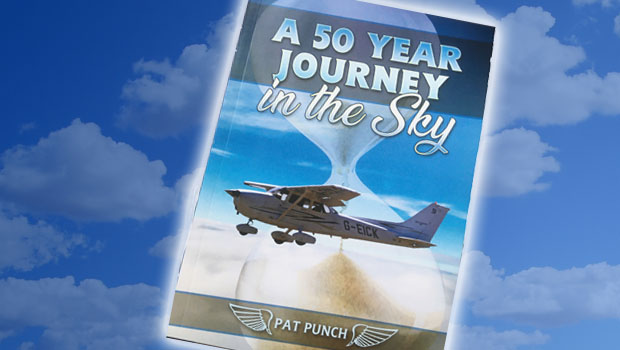 Cork Airport based pilot Pat Punch celebrates 50 years of flying this year and to celebrate he has written a book to document his memories and experiences during that time. Pat started flying in 1970 with Munster Aero Club at Cork Airport and was a founding member of Centenary Flying Group in 2003. They have been flying Cessna 172, appropriately registered G-EICK, since 2007. That particular aircraft is featured on the cover of this book.

In November Pat celebrated 50 year’s flying light aircraft and the book, written entirely since the first COVID lockdown in March, is about that ’50 year journey in the sky’.

The proceeds from the book are for two very worthy causes, Marymount Hospice, Cork and Cork ARC-Cancer Support House. The book is available from the Atlantic Flight Training Academy (AFTA) Head Office and from Vibes ‘n Scribes, Cork City at €10.00 per copy. It can also be purchased via email for €10.00 + €2.50 P&P by contacting wan@cprint.ie