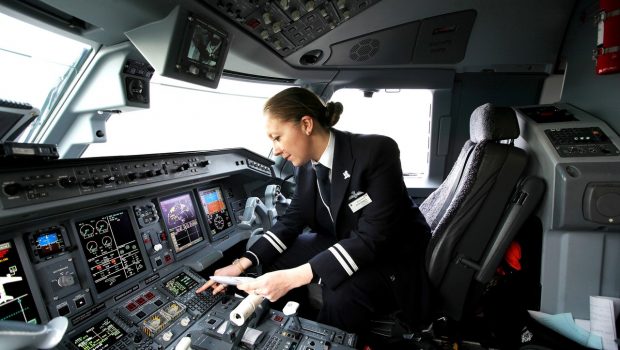 COVID19 has had a remarkable effect on the pilot training industry and while there are many horror stories of students losing jobs or having to stop training, few have been affected as badly as MPL students. Introduced in 2006, the MPL, or Multi-Crew Pilot Licence, is a different way to train pilots focusing more on simulator training and the multi-crew environment rather than the traditional pathway of gaining a PPL, IR, ME, night rating etc. These courses are sponsored by airlines and are generally constructed so that they mirror the operator’s Standard Operating Procedures. The problem is that very little of the training is transferable in the event that the airline cancels the programme or the training is stopped for another reason.

To try to resolve this problem, Resilient Pilot and HATCO liaised with the UK CAA to endeavour to find a resolution for affected cadets. During the special Resilient Pilot webinar on 13th October, UK CAA representatives confirmed that certain resolutions were being considered and the following confirmation announcement has now been issued:

“The CAA recognises the significant impact that Covid-19 has had on several Multi-Crew Pilot Licence (MPL) cadets who are currently unable to complete the base training element of the MPL course as planned in accordance with Commission Regulation (EU) 1178/2011, Part-FCL, Appendix 5.

“The CAA would like to clarify that applicants who have completed the MPL course, including the associated skill test, do have an option available to apply for an MPL licence without completing the base training. In such cases, the MPL licence would still be issued but with the type rating privileges restricted to “Cruise Relief Co-Pilot”, in compliance with FCL.720.A (c).

“The issued licence would be a valid ICAO-compliant licence and would preserve the validity of an applicant’s completed theoretical knowledge exams. In addition, this would give pilots the option of obtaining single pilot CPL/IR privileges in compliance with FCL.405.A MPL (b)(2) and FCL.325.A CPL(A).

“To remove the “Cruise Relief Co-Pilot” restriction, the pilot would need to submit evidence of having completed the required base training, provided the type remains valid on his/her licence.

“Should a pilot seek a new type rating following licence issue, he/she would be able to apply for it to be added to his/her licence following the completion of the type rating course and test requirements in the normal fashion (i.e. including base training), as per FCL.725.

“Note: The option to issue a licence with a type rating restricted to “Cruise Relief Co-Pilot”, as described above, would also available those cadets following the CPL/IR route who had been unable to complete the base training element of a multi pilot type rating course, post skill test.”

Hartmut Fabisch, MD of HATCO commented “In these difficult times caused by Covid 19, HATCO has been pleased to be working closely with Resilient Pilot and the UK CAA to support MPL cadets on their way to successful course completion and license issue. Our contributions comprised clarifications of questions regarding licensing and related privileges and ensuring all parties have a clear understanding of the regulations related to MPL”.

Resilient Pilot founder, Karen Bath added “Our goal at Resilient Pilot is to provide support for the pilot community. Right at the heart of what we do is our focus on wellbeing. The wellbeing of cadets and pilots around the world is being significantly impacted by the downturn in our industry as a result of Covid-19, and we are relieved to have been able to find some resolution for MPL cadets to ease their concerns. We will continue to do what we can to keep the pilot community supported, current and connected at this time.”

For more information about the work the CAA is doing to prepare for the UK’s withdrawal from the EU, see the addresses below:

For more information on how Resilient Pilot supports the pilot community and to attend future webinars live, visit resilientpilot.com