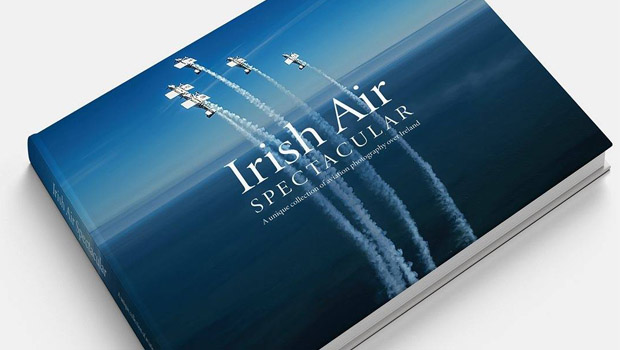 It’s not often that we get a book completely dedicated to Irish Aviation and to have one created with such quality is a testament to Ireland’s position on the global aviation stage. Produced by Sé Pardy, organiser of the Bray Air Display and many more aviation events, this book takes you on a pictorial journey through many of the major air shows hosted in Ireland over the last 10 years. Other events also feature such as FlightFest in 2013, Shannon Airport Airshow in 2015, the visit of Barrack Obama in 2011 and many more.

The Foreword has been written by Eamonn Brennan, former CEO of the Irish Aviation Authority and current Director General of Eurocontrol. In it he eloquently describes the contributions Ireland has made to the global aviation industry including duty-free, aircraft leasing and low cost air travel.

Much of the fabulous photography is supplied by Frank Grealish who is very well known for his outstanding photographs. Other photographers who contributed include Pat Lanigan Ryan, Karl Donohoe and the Irish Defence Forces. Outside of the aviation events, many of the smaller Irish based aviation companies are also pictured including Executive Helicopters, CHC Ireland and Atlantic Flight Training Academy. It’s impossible to pick a favourite from such a stunning collection of photos but towards the top of my list would be the AFTA Diamond DA42’s over the Old Head of Kinsale, the Saab Viggen over the west coast, a Pilatus PC-9M over Clew Bay and Team Raven also over Clew Bay.

Irish Air Spectacular has been produced to a very high standard and is the perfect Christmas present for anyone with an interest in aviation. To complement the book, a 2021 Irish Air Spectacular calendar is also being released. Proceeds from the book go towards St Vincent de Paul. To date, annual fundraisers have raised over €200,000 for the charity. For more information about the book and calendar, and to pre-order, visit the dedicated website at www.irishairspectacular.ie 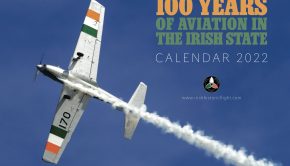