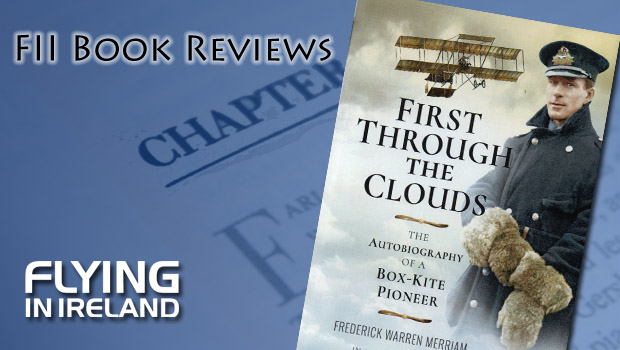 Book Review – First Through the Clouds

‘The past is foreign country; they do things differently there.’ So wrote LP Hartley in The Go-Between. This is most certainly true of flying training in the years before the Great War. The author writes lyrically and conversationally, with a treasure trove of anecdotes, of this long-gone time, when learning to fly was more of an act of faith (or by guess and by God) rather than a planned system, for both instructor and trainee. However, the author was a born teacher and developed his own very successful method of instruction, perched behind his pupil, on top of (there were no cockpits) an exposed to the elements framework of wood, fabric and wire. His route to this career was somewhat singular, even for his time, from apprentice saddle-maker, to antiquarian book-dealer, chauffeur and mechanic, before learning to fly at Brooklands in 1911.

He devised a system of non-verbal communication with the trainee, a vital requirement in that audible speech was all but impossible, demonstrating and instructing the more difficult manoeuvres first, in order to instil confidence. One of his mantras was, ‘A good pilot does not necessarily make a good instructor but a good instructor must first be a good pilot.’ It was a perilous business, as shown by the number of accidents, injuries and fatalities he records. However, by July 1914, he had taught some 200 pupils at the Bristol School, Brooklands, including 29 of the first 90 RFC pilots to go to France.

During the war he served as an instructor at Hendon and Chingford, also undertaking missions attempting to intercept Zeppelins, making this comment, ‘to train a pupil to fly to be a war pilot on a very stable aeroplane, would like be expecting a man to win the Grand National after only riding a carthorse.’

In 1917, he flew anti-submarine patrols in seaplanes from Cattewater, dive-bombing a U-boat and also, following engine failure, having to be rescued by destroyer. By 1918, he was second-in-command at Padstow, flying Sopwiths on photo mapping sorties. By the end of the war, he had flown 5000 hours in 60 types and trained 1000 pilots.

Post-war, he tried his hand at joy-riding, test flying, aeronautical consultancy, setting up gliding schools and also farming. In the Second World War, he served again as a Lieutenant Commander, mostly in aircrew and ground trade selection, before being medically retired in 1943.

This is a highly enjoyable and informative book, with an excellent selection of photographs, which I thoroughly recommend. It was first published in 1954 and has been reissued with the co-operation of The Aviation Historian.