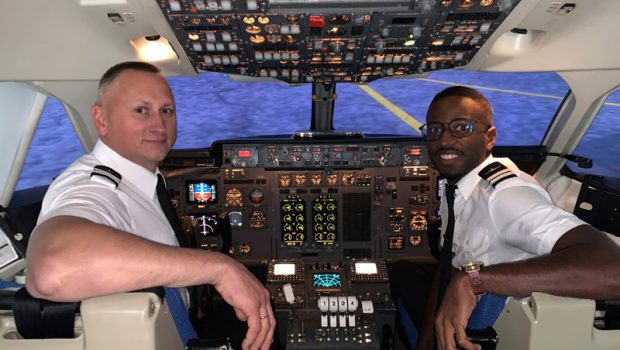 Simtech Aviation shut down the AVRO RJ85 Full Motion Simulator for the final time on the evening of August 31st 2020 after successful operation at Simtech Aviation’s training centre in Kestrel House Dublin where it was housed since 2009.

‘The RJ85 simulator was a fundamental element for Simtech Aviation’s growth in the early days and we trained thousands of pilots in this simulator from various airlines throughout the world’. – Capt. Sé Pardy Co-Founder of Simtech Aviation.

The AVRO RJ-85 aircraft first flew in August 1982 entering service six months later offering an improved cabin and more efficient LF 507 engines. It was adapted by several short haul and regional carriers due to the ability to do steep approaches into such airports like London City (EGLC). The simulator was manufactured originally in 1992, following several upgrades it was moved to Dublin from the USA to serve an Irish based airline that operated the RJ fleet.

‘The RJ85 simulator will be decommissioned and used for spare parts at for another RJ85 simulator based in Milan Italy. Known to the public as the ‘Baby Jumbo’ it’s a sad day to see it go however like other iconic 4 engine aircraft such as the A380 and B747 the requirement for more efficient two engine aircraft is more attractive for airlines’. Des Wynne, Sales Director – Simtech Aviation.