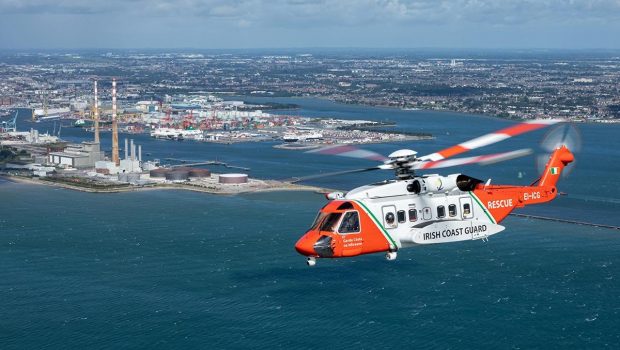 CHC Ireland, operators of the Irish Coast Guard helicopter fleet have released these fabulous air to air photos of Dublin Rescue 116 on a recent training mission. They were taken by Frank Grealish of IrishAirPics.com. The Irish Coast Guard has contracted five medium-lift Sikorsky S92 helicopters deployed at bases in Dublin, Waterford, Shannon and Sligo. The helicopters are designated wheels up from initial notification in 15 minutes during daylight hours and 45 minutes at night. One aircraft is fitted and its crew trained for underslung cargo operations up to 3000kgs and is available on short notice based at Waterford. These aircraft respond to emergencies at sea, inland waterways, offshore islands and mountains of Ireland (32 counties).

They can also be used for assistance in flooding, major inland emergencies, intra-hospital transfers, pollution, and aerial surveillance during daylight hours, lifting and passenger operations and other operations as authorised by the Coast Guard within appropriate regulations.