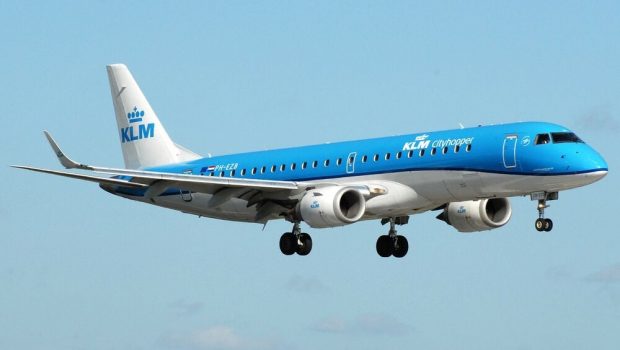 KLM Royal Dutch Airlines will start operating a daily service from Cork Airport to Amsterdam’s Schiphol Airport starting from 3rd August. The route had been planned to commence on 30th March but was delayed due to travel restrictions.

Linking the South of Ireland to the capital city of the Netherlands, the route will be operated by KLM Cityhopper using an Embraer 175 aircraft, carrying 88 passengers. Throughout the summer period, passengers will have the opportunity to connect to up to 100 European and intercontinental destinations via KLM’s hub at Amsterdam Schiphol Airport.

Welcoming the new route, Niall MacCarthy, Managing Director at Cork Airport said: “KLM is a fabulous airline and we’re really thrilled to finally welcome them to Cork Airport. KLM is part of the Air France KLM group, both parts of which be operating from Cork this year. I firmly believe that more choice is always good for the travelling public. The new service will connect directly into the KLM network in Amsterdam offering great prices and great long-haul options direct from Cork Airport. We expect tourism and the business community throughout the South of Ireland will see the benefits of this new service operated by crisp blue Embraer KLM aircraft from August.”

Benedicte Duval, General Manager Air France/KLM for UK & Ireland said: “We’re delighted to be able to continue with our ambition to extend our network in Ireland. The introduction of the KLM Cork to Amsterdam service means that we now have both Air France and KLM operating from Cork. This results in further choice and connectivity for our customers as they can combine the two carriers when travelling long-haul.

“As borders reopen and travel restrictions begin to ease, safety is a prerequisite for KLM as we gradually resume travel. As we all adapt to this new environment, I can assure you that all KLM staff, both on the ground and onboard, are committed to guaranteeing our passengers the highest levels of health and safety. After this challenging period, we look forward to welcoming our Irish customers back on board,” she said.

Since the Covid-19 outbreak began, KLM has introduced a range of health and safety measures including:

In addition, the air in the cabin is renewed every three minutes. The air recycling system onboard KLM aircraft is equipped with “High-Efficiency Particulate Air” or HEPA filters, identical to those used in hospital operating theatres.

In response to the current crisis and subsequent travel restrictions, since 22nd April, KLM offers its customers the opportunity to book with confidence. Date and destination changes up until 30th June 2021 are permitted free of charge. Cork Airport and KLM remind passengers that the health and safety of their customers and staff is an absolute priority. Teams are fully mobilised to ensure the highest levels of health and safety for their customers and to ensure they travel in complete confidence.