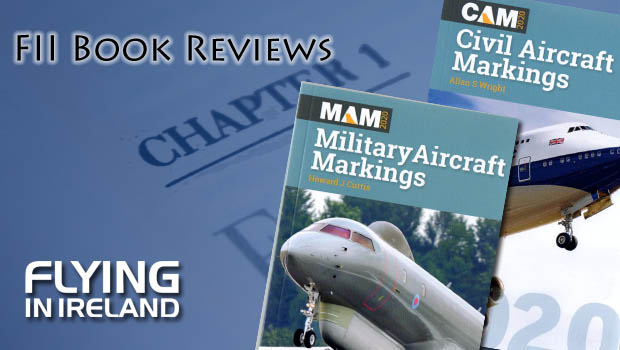 Some reference books can rightly be described as comprehensive, some as indispensable, others as iconic. All three of these adjectives apply to both of these weighty but handy, glovebox size softbacks.

I first bought a copy of MAM in 1982, when it was part of Ian Allan’s abc series. Crécy is to be congratulated in having taken up the baton several years ago and maintained the high standards of accuracy and utility set previously. MAM is now in its 41st year, while CAM first saw the light of day in 1950. I also have a facsimile copy of abc of Airports and Airliners 1948 edition – I wonder if Crécy would consider a re-issue of this charming reminder of long bygone days?

Many readers will be thoroughly familiar with these two titles but in case you are not, I will describe the contents briefly:

CAM – similar in layout to MAM

In both volumes, the well-chosen photos are a nice bonus.