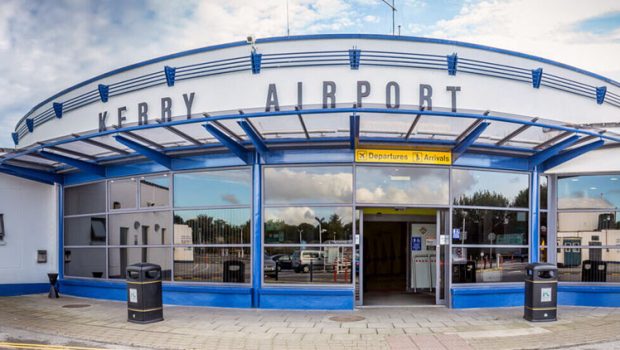 “The Berlin and Frankfurt Hahn routes continue to perform very well and we welcome Ryanair’s decision to extend the Berlin route through the summer of 2020,” CEO John Mulhern said. “This underlines the importance of Wild Atlantic Kerry as a destination for the German tourist market. Ryanair is increasing the frequency of its Kerry to Alicante route this summer.

Operating twice a week, on Thursdays and Sundays from 29th March 2020, Kerry to Manchester will suit passengers travelling for business or pleasure for weekends and midweek breaks. Kerry Airport CEO, John Mulhern, said: “We have worked closely with Ryanair to secure this important new route which we believe will be a success and a welcome addition to our schedule of flights. Manchester has long been the most sought-after destination among passengers and the introduction of the new service between Kerry and Manchester heading into the summer season will have a positive economic impact on a range of sectors in the county.

“Kerry is now connected to five major European cities – London, Berlin, Frankfurt, Dublin and now Manchester. The Greater Manchester area is home to 2.8 million people and many high-tech firms in the pharmaceutical, biomedical engineering, electronics and media sectors. We will work closely with all sectors, in particular Kerry County Council, Tourism Ireland and the local tourism and business groups, over the coming months to promote the county as a great tourist destination and a top location in which to do business.”

The new Ryanair flight schedule from Kerry Airport will be suited to a range of passengers including football fans, offering easy access to midweek or weekend games involving Manchester United, Manchester City, Liverpool, Everton and Leeds and they can even gamble on these games or in other sites such as slot online indonesia for those looking to do some betting online. For those looking to travel further afield, Manchester Airport allows you to book a transfer in over 50 countries at 450 airports and over 5,000 cities and resorts around the world.

Aer Lingus Regional also operates a twice-daily PSO service Kerry-Dublin and it too recorded an increase in passengers in 2019.