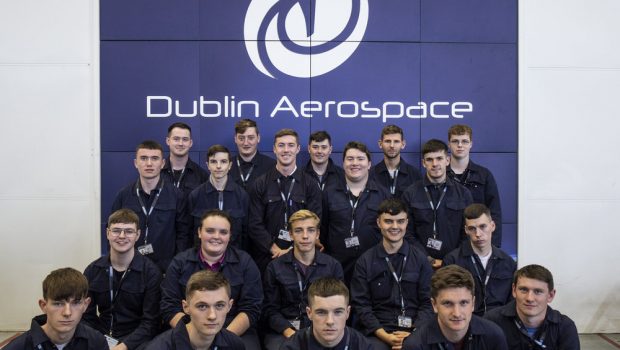 Commencing in September 2020 the Dublin Aerospace Aircraft Technician Apprenticeships are a fantastic opportunity to gain internationally recognised qualifications. The apprenticeship lasts 4 years and includes both classroom based learning and on the job learning in a fully operational aircraft environment.

Apprentices will learn how Aircraft and their systems work including:

You must have a desire to work with your hands, a keen interest in the aviation industry and a positive attitude to studying and work.

You need to have at least a “C” at Ordinary Level or “D” at Higher Level in the Junior Certificate (or equivalent) in one sitting in the required subjects.

In the Leaving Certificate at least an O6 / D in ordinary level in the required subjects.