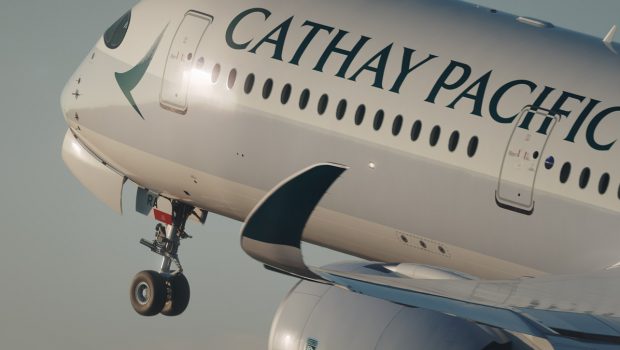 Hong Kong based Cathay Pacific have announced the suspension of their Dublin-Hong Kong route from 7th November to 29th March 2020 following a “careful review of the current business environment”. This week the company reported a near-40% drop in traffic into Hong Kong in August following disruption caused by anti-government protests in the city.

A Dublin Airport spokesman said it “was disappointed that the route has been temporarily suspended for the winter season, but it would work closely with Cathay Pacific in relation to the resumption of its direct Hong Kong service in March of next year”.

The year-round four times per week service was Dublin Airport’s first ever direct route to the Asia-Pacific region and was a major milestone for the airport and the entire Irish economy. The service is operated with an Airbus A350-900 aircraft in a three-class configuration on Mondays, Wednesdays, Thursdays and Saturdays. Trade between Ireland and China is worth more than €8 billion per annum and almost 100 Irish firms have operations in China, employing a total of 100,000 people there. With an estimated 4,000 Irish people living in Hong Kong and about 40,000 people per year travelling between the two cities.

This announcement follows the Hainan Airlines closure of Shenzhen-Dublin route from 30th August  and Beijing to Dublin and Edinburgh from 31st October. The Shenzhen route only began in February this year but has reportedly suffered from poor load factors. The news also affected Edinburgh as the same flights also served the Scottish capital. Many have blamed the Air Passenger Duty (APD) which the Scottish Government have failed to cut.