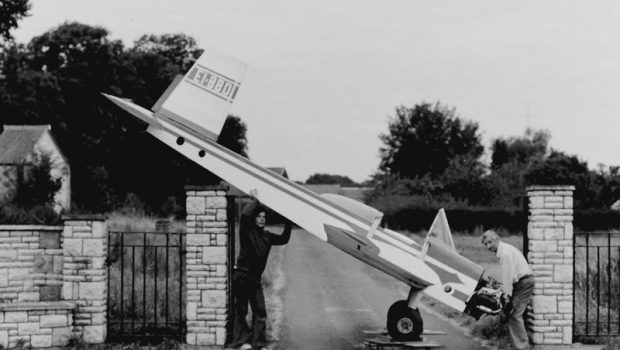 We were sent these photos recently of the build and preparation for flight of Evans VP-1 EI-BBD. The photos were taken by Dallas Camier who lived next door to the builder Brendan Feeley. When complete, the VP1 was pushed about a mile down the road to Weston Aerodrome from where it completed its first flight in the hands of Darby Kennedy. Here’s some background information about the VP1 from Wikipedia.

In 1966, Evans began engineering work on the VP-1, choosing an all-wood, strut-braced open-cockpit single-seat low-wing design for ease in amateur construction. Designed to be simple to build and safe to fly, performance and appearance is of secondary importance. To make construction simple, marine grade plywood is used for the slab-sided fuselage structure. The wings are designed to be detachable to allow the aircraft to transported by road.

The VP-1 was designed specifically to utilise a modified VW Type 1 automotive engine from the VW Beetle. The fuselage is built in a warren truss arrangement where the exterior plywood takes the diagonal stress loads, therefore eliminating the diagonal members to maintain simplicity. The vertical and upright members are staggered to keep the joints as simple as possible. The wing is of a forward and aft blank spar design which uses stack-cut plywood ribs of equal size in order to keep construction time down. The ailerons are hinged directly behind the aft spar. For simplicity no flaps are provided. The wings and tail surfaces are fabric covered.

Because the design lacks aerodynamic refinement, the Volksplane requires more power than most aircraft its weight to fly. Some builders have altered the fuselage design to improve the aerodynamics and aesthetics. The design was developed into a two-seat version, the Evans VP-2, with an enlarged cockpit although this variant is no longer being offered. 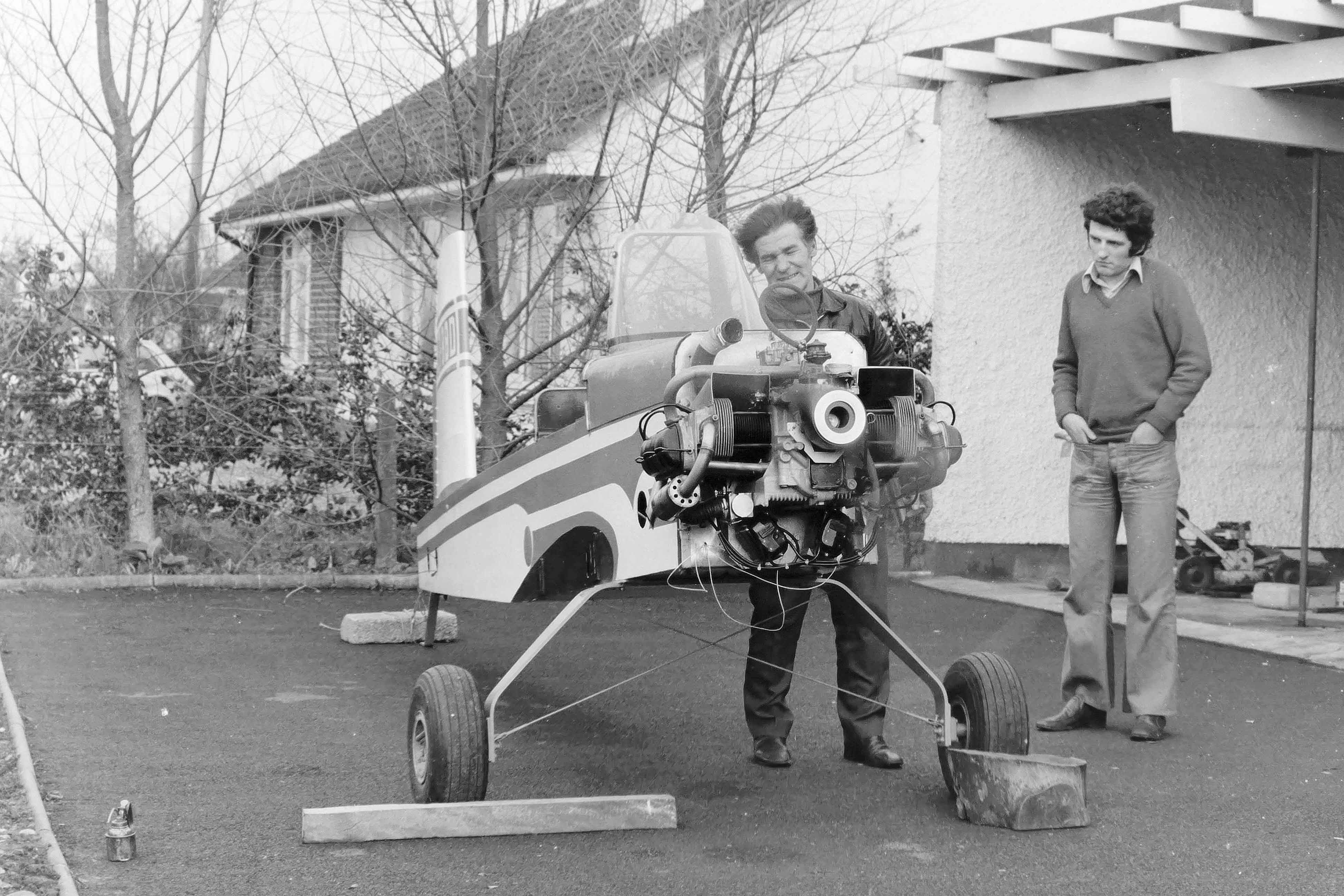 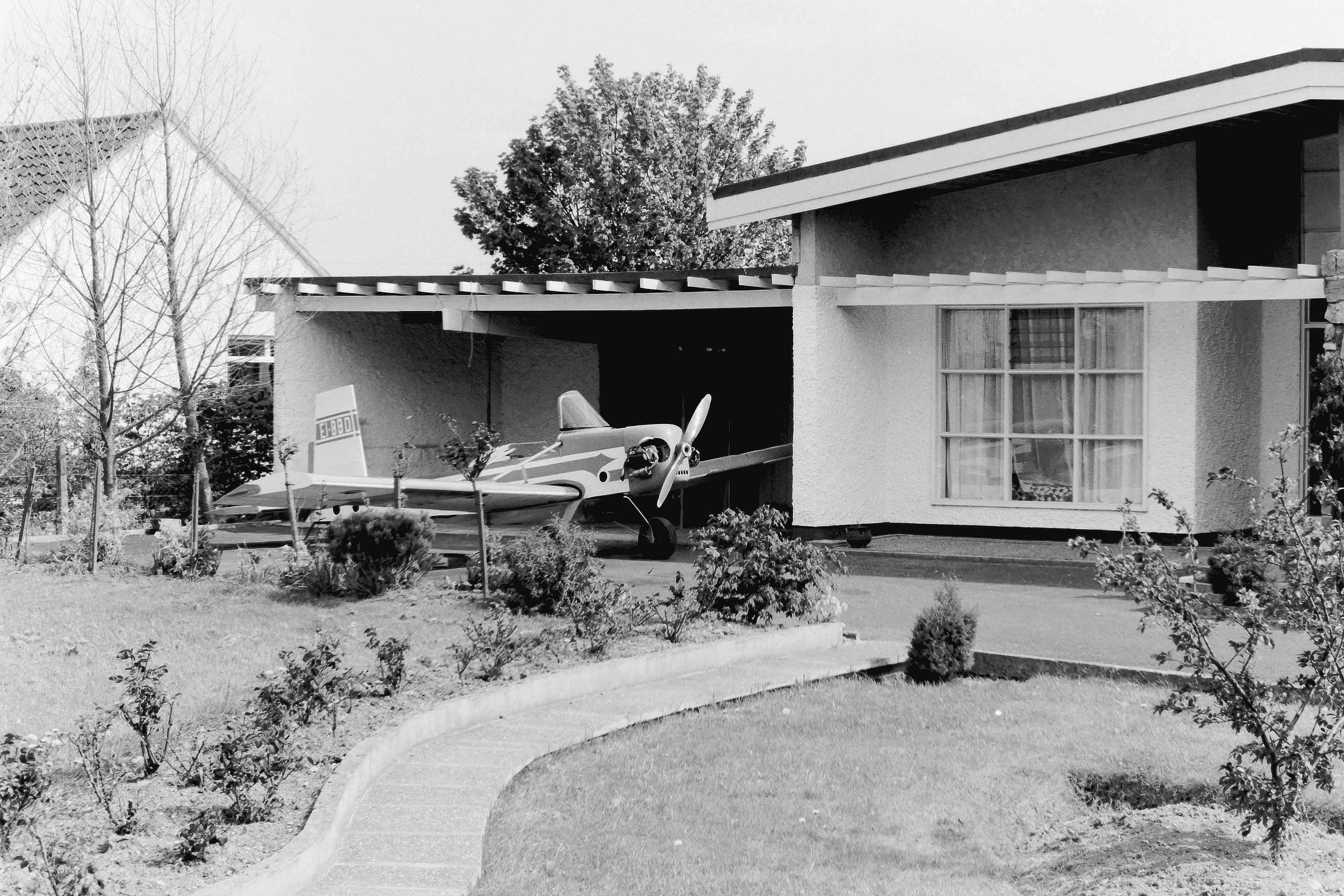 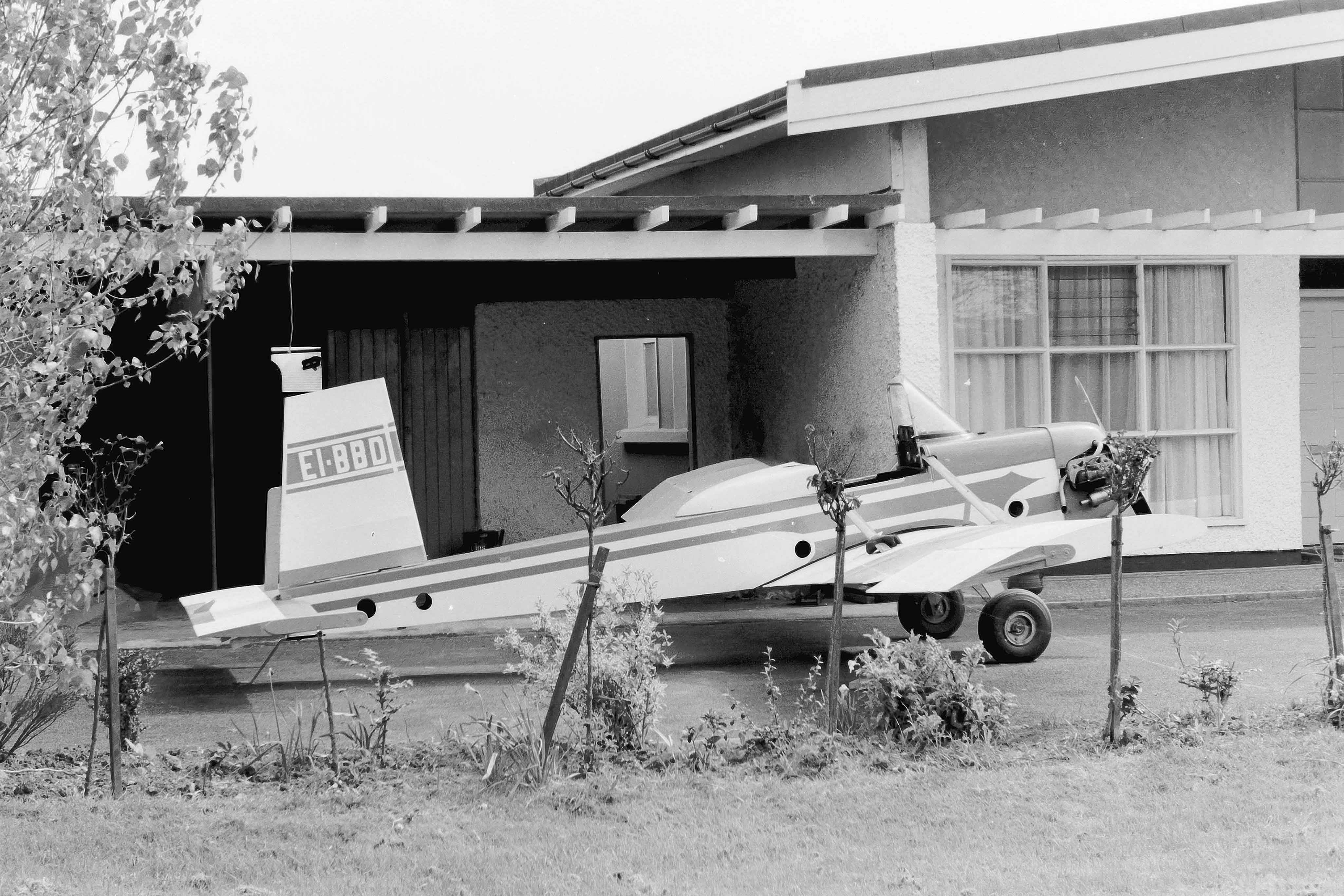 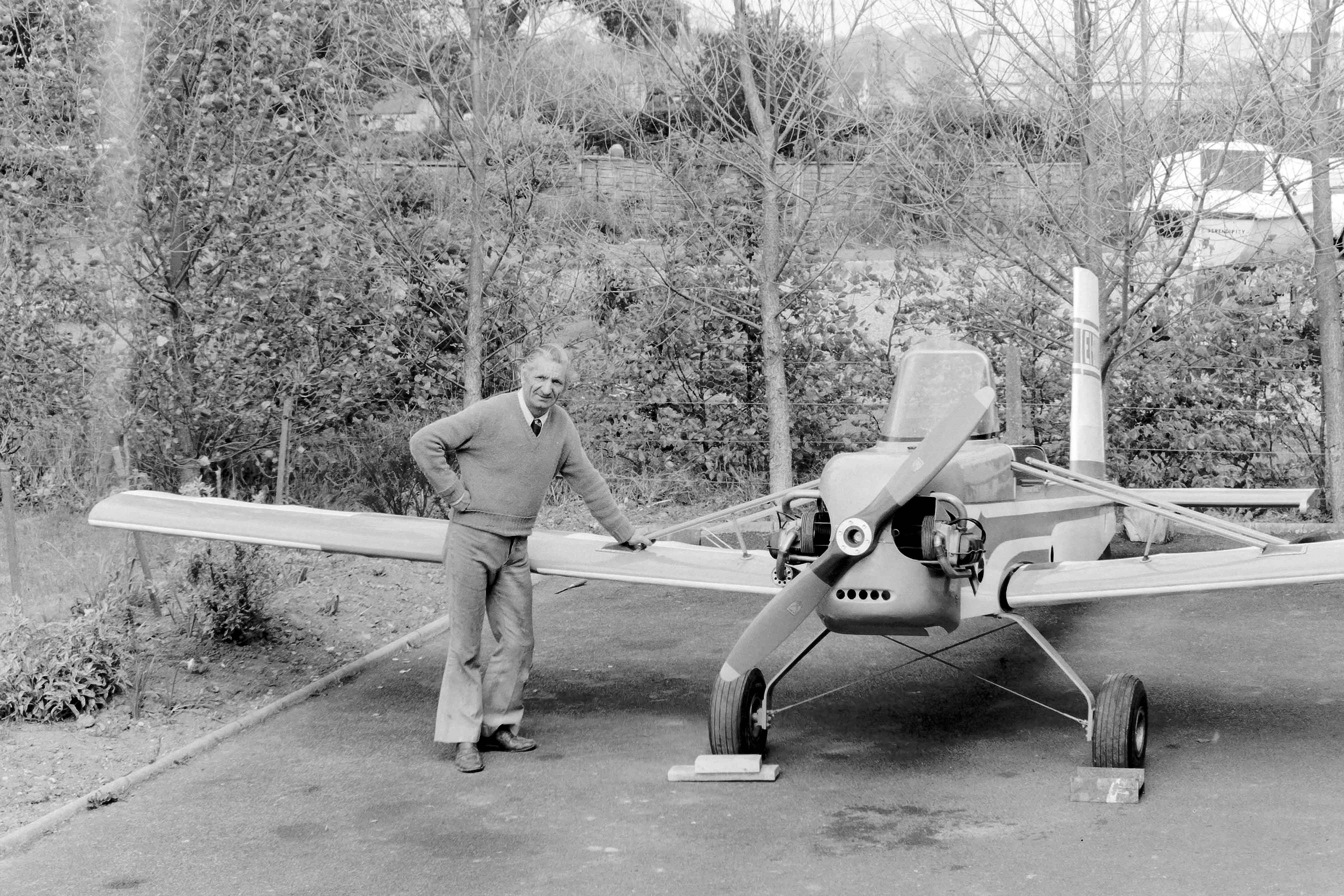 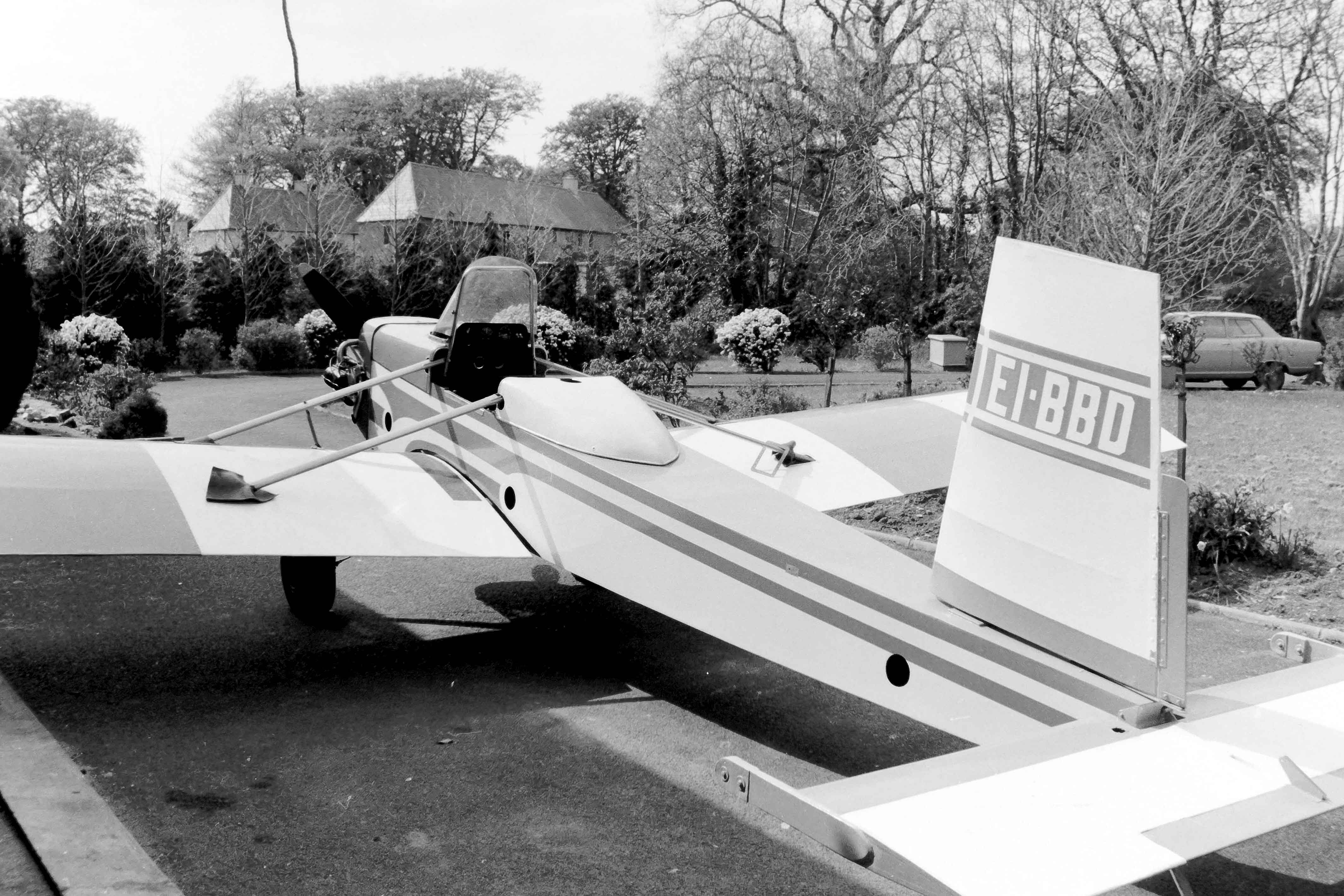 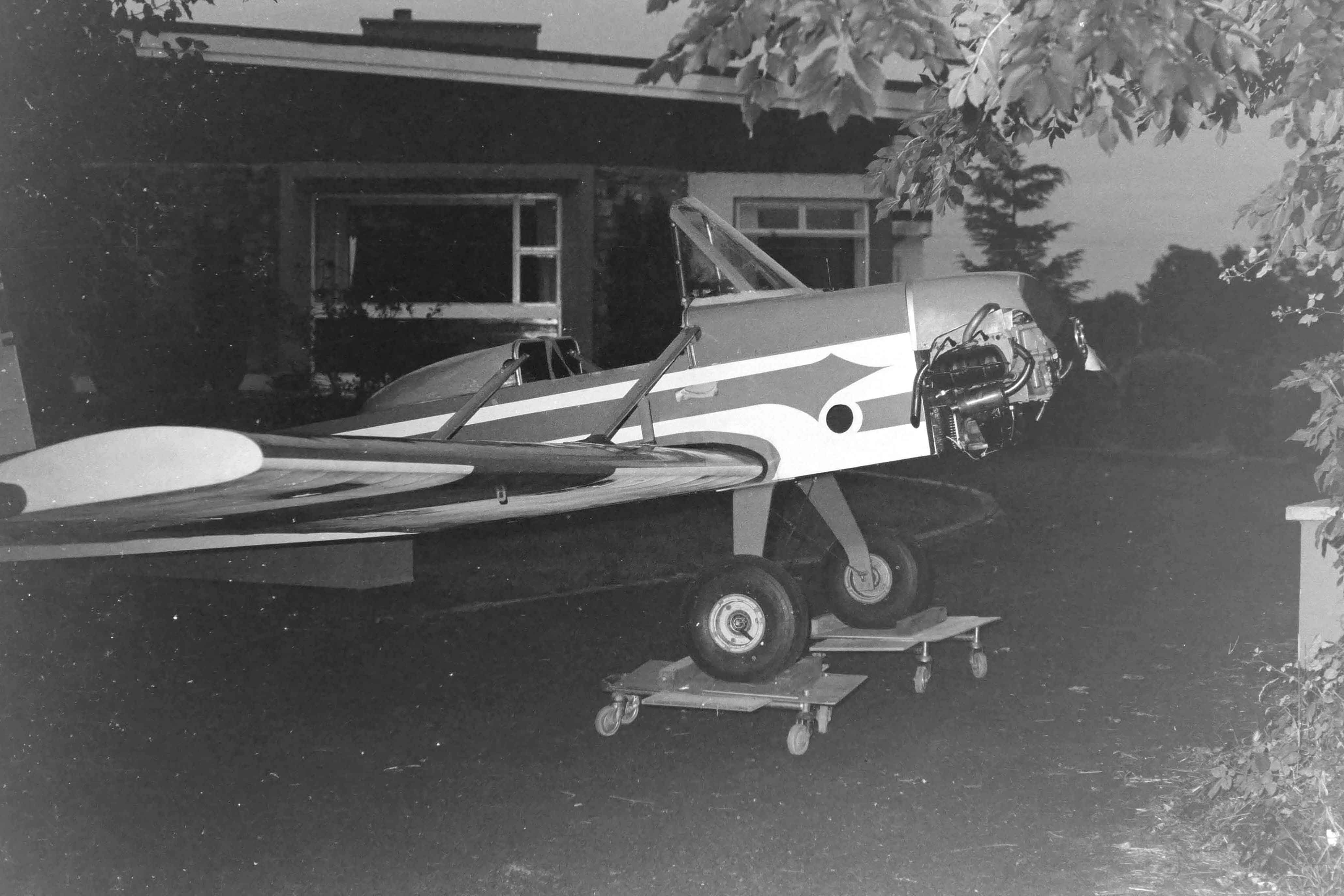 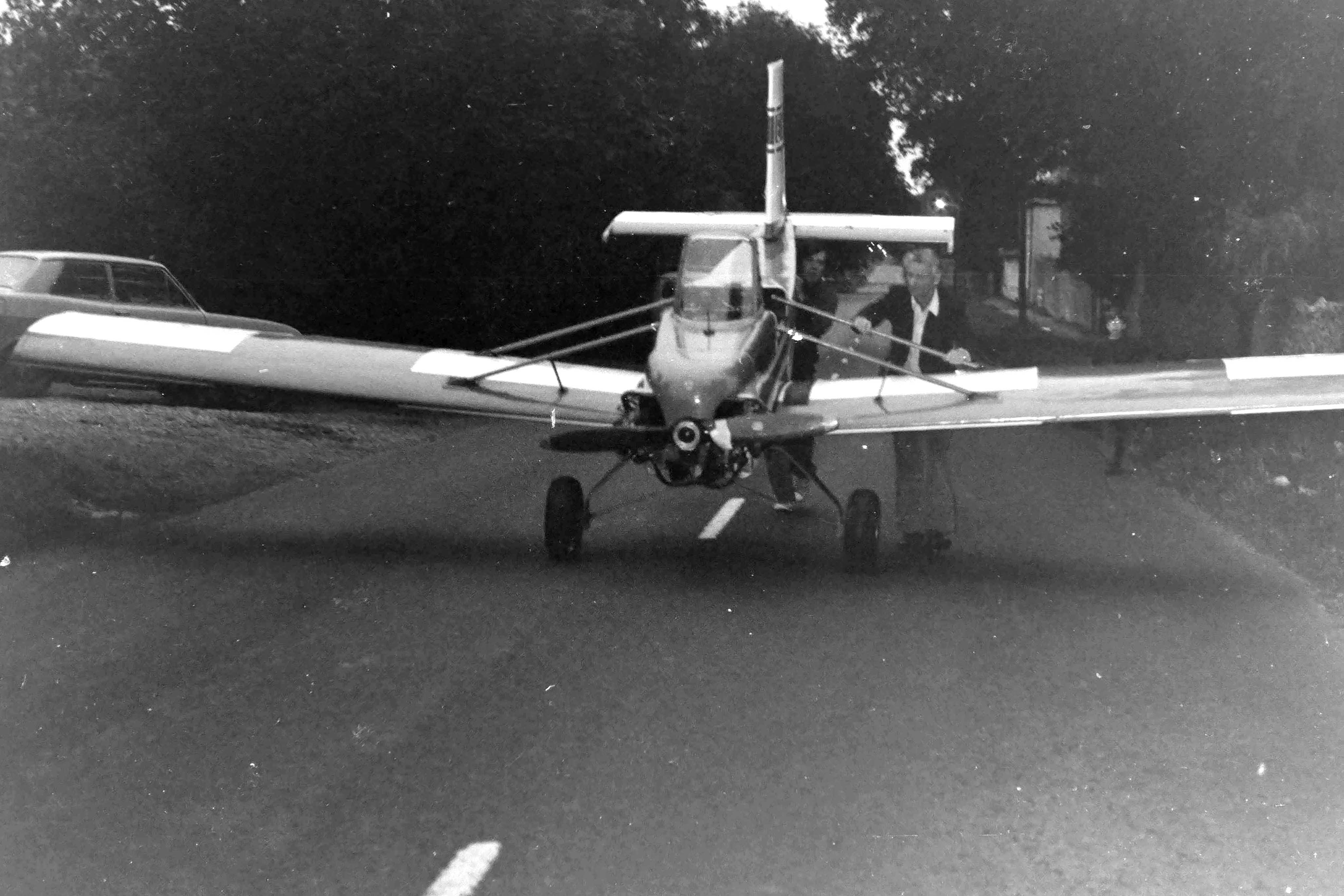 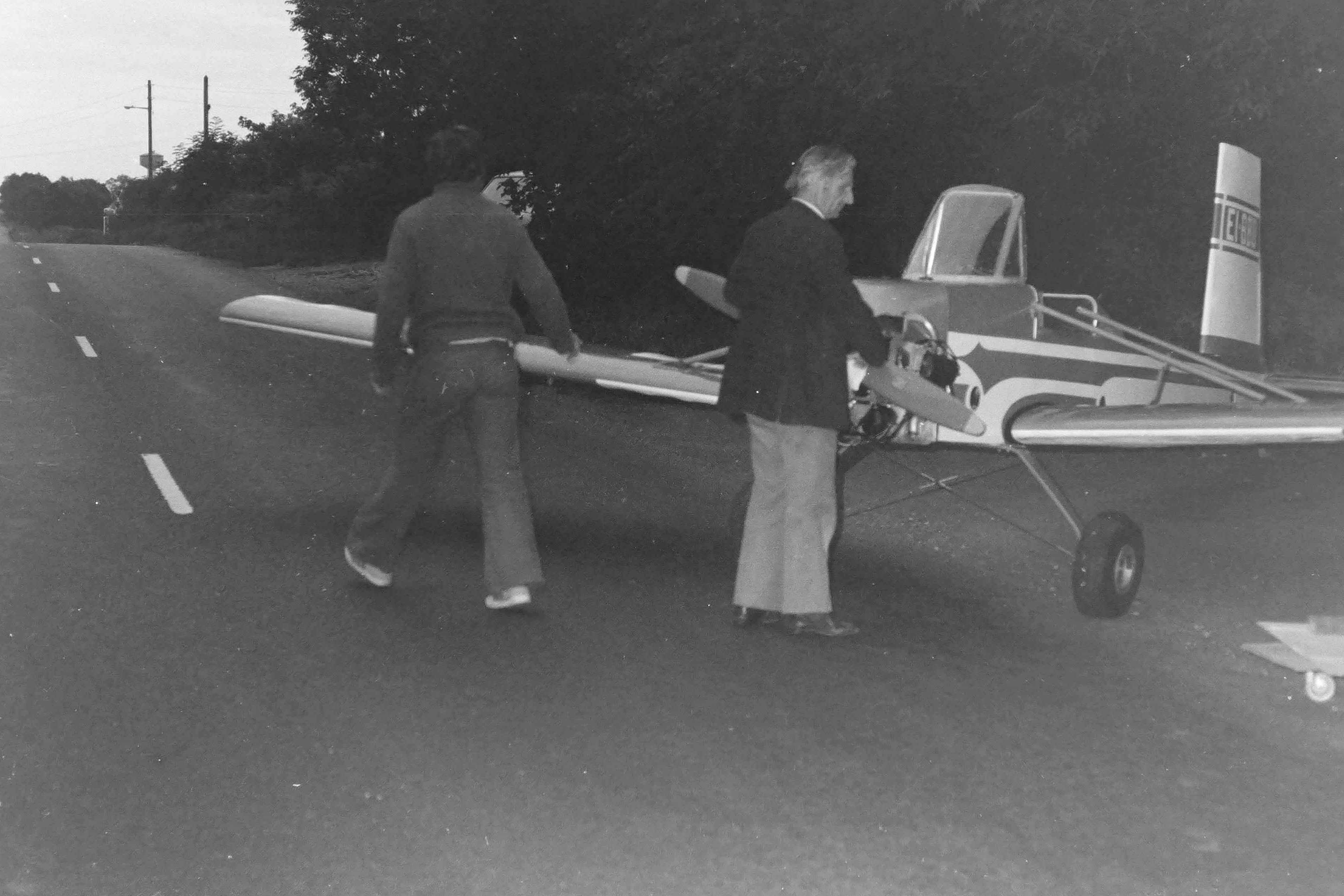 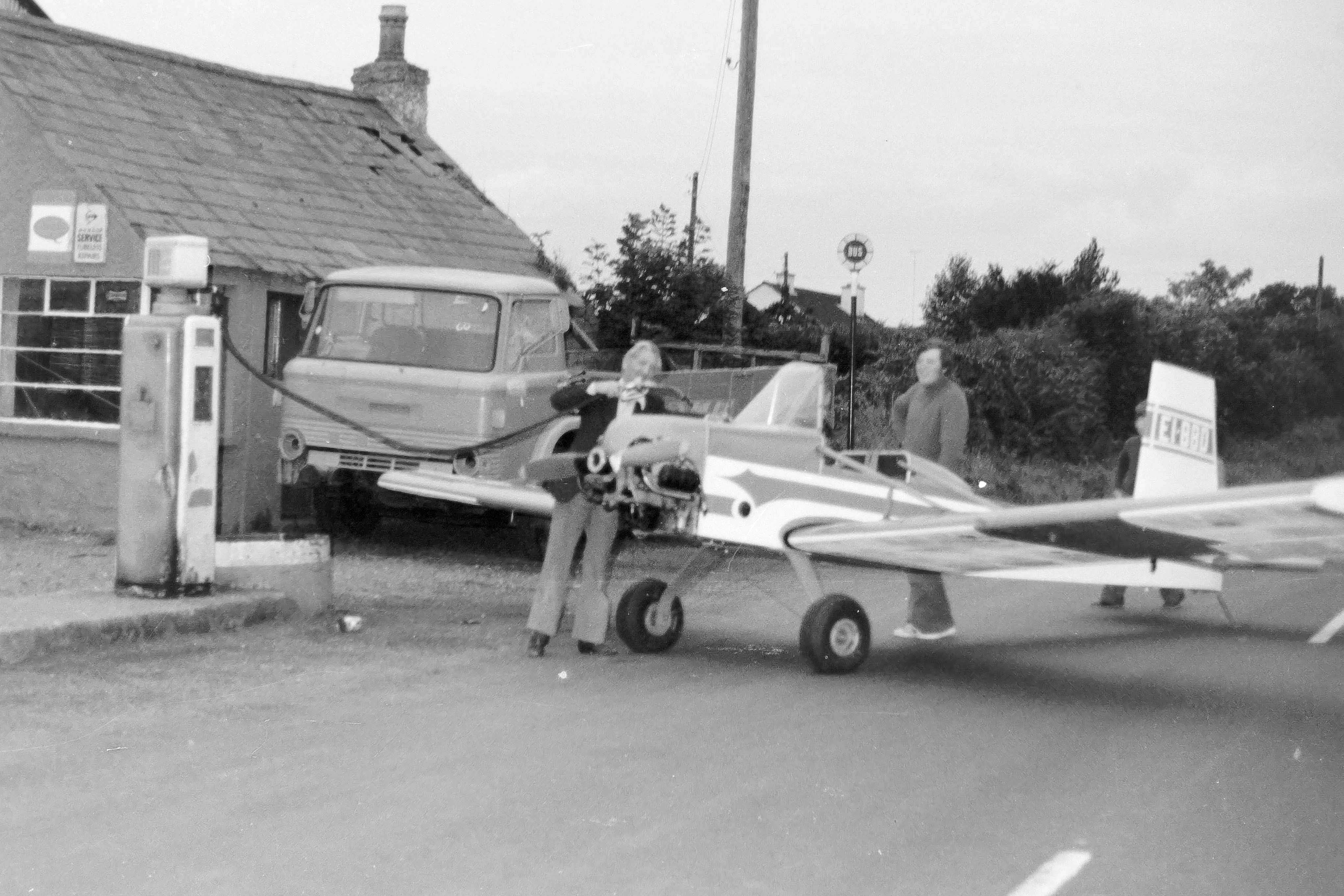 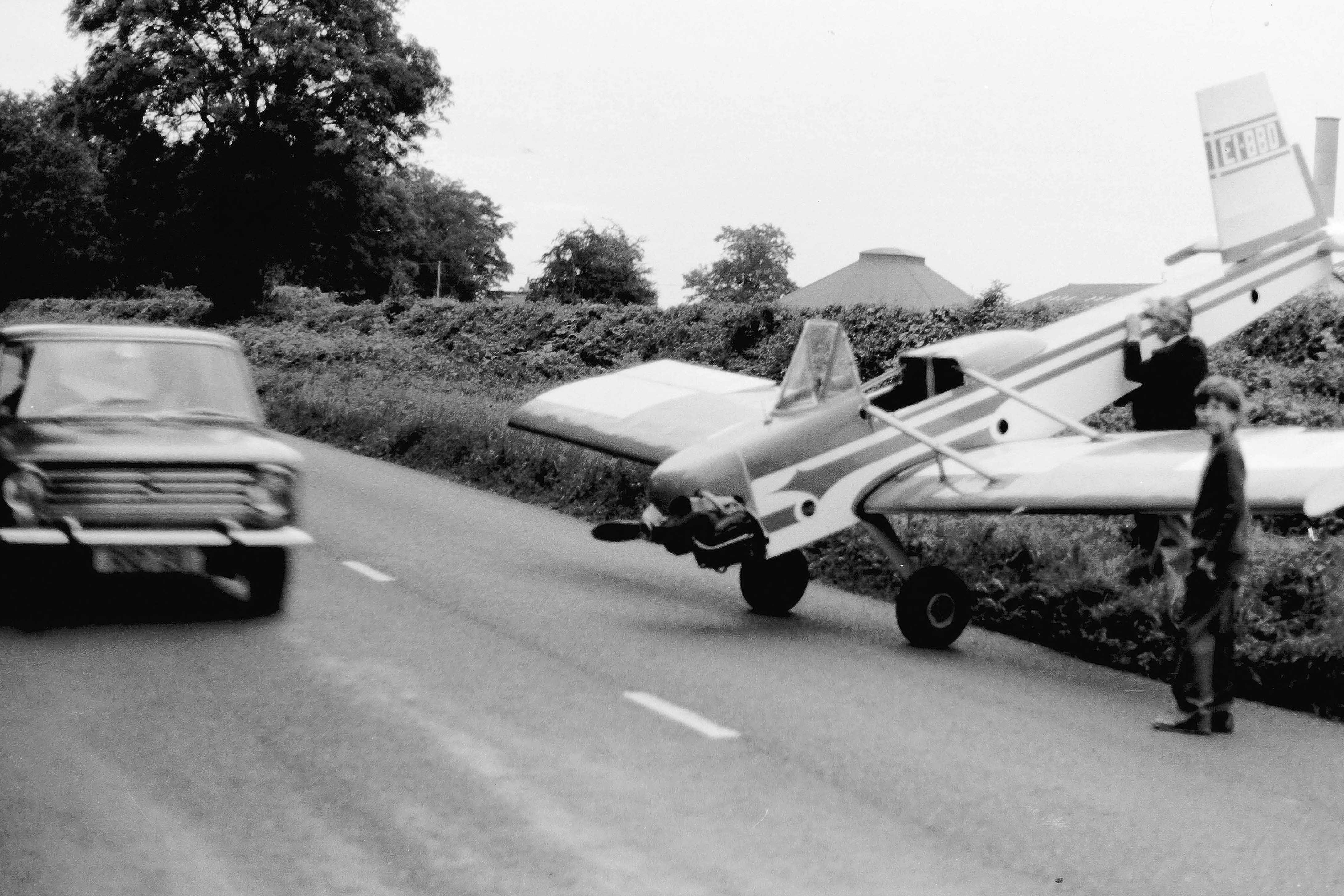 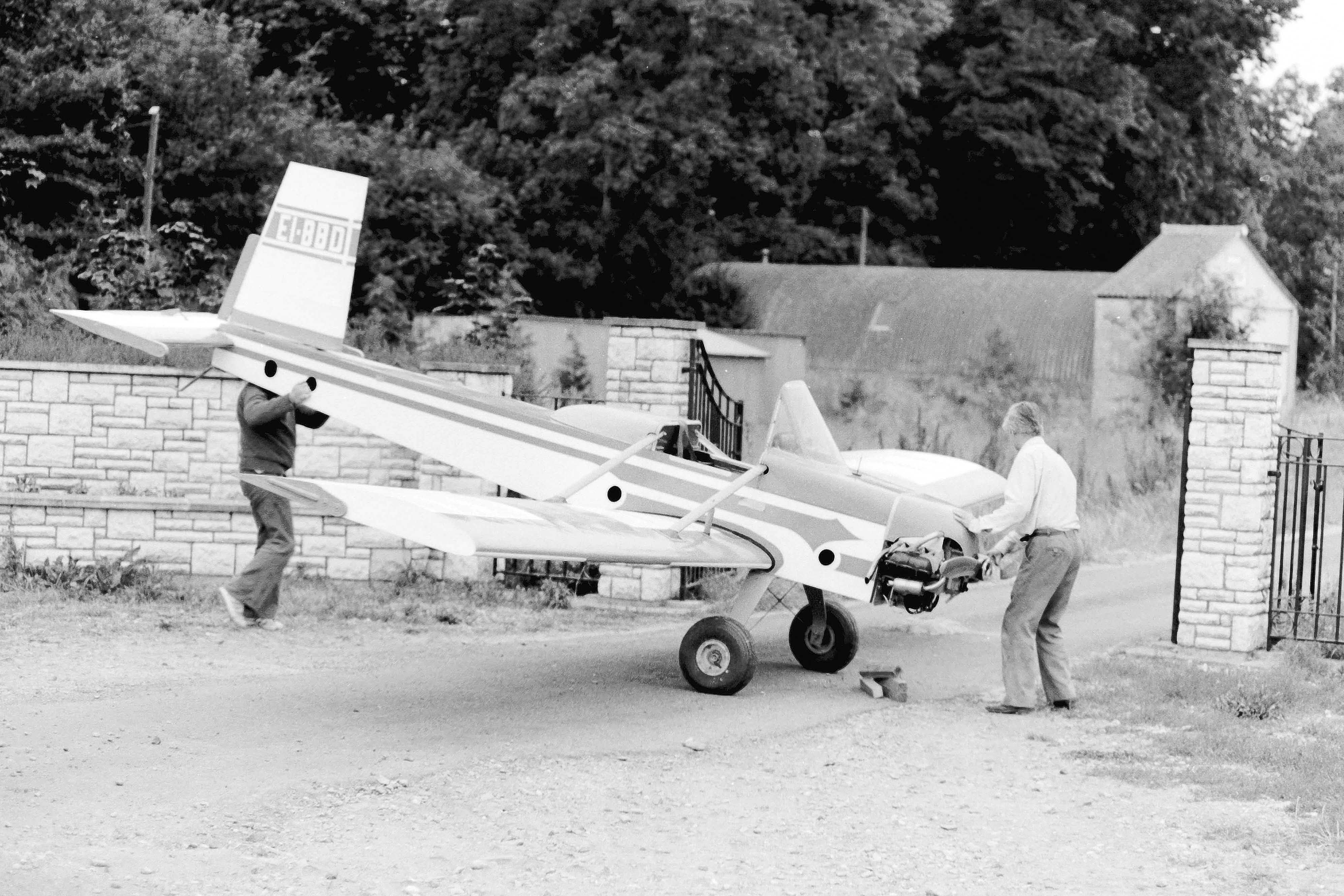 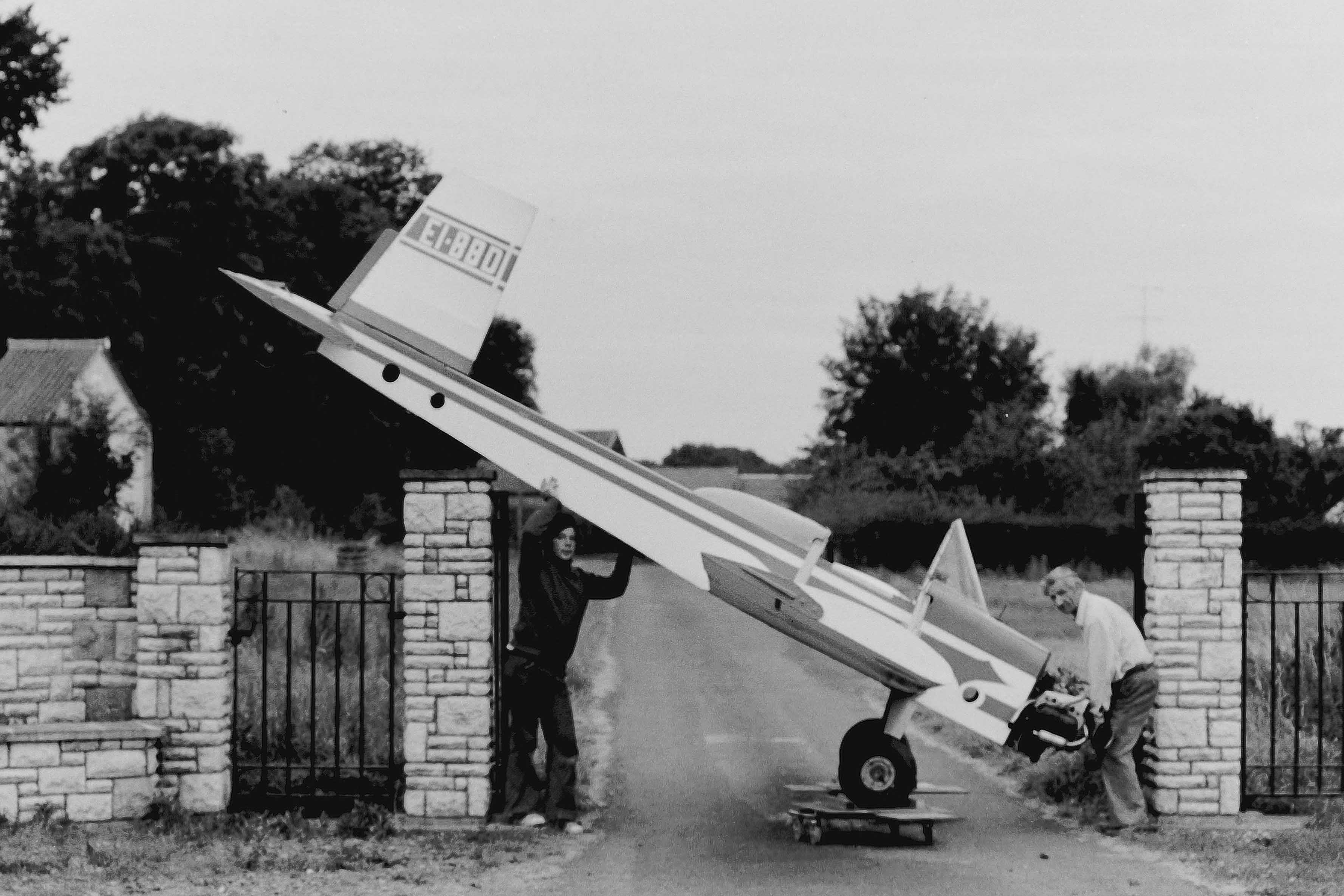 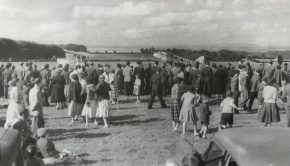 Those Munster Men in their Flying Machines →