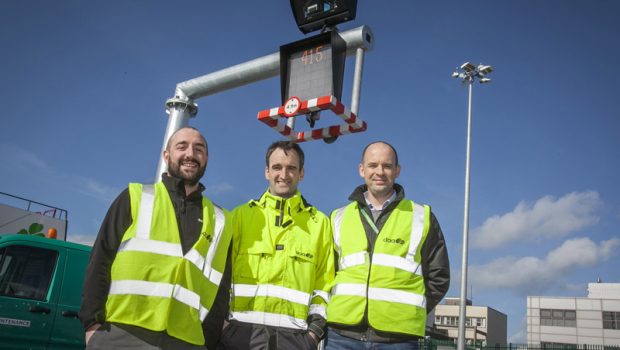 Dublin Airport is installing an automatic visual docking guidance system (AVDGS) on all aircraft contact parking stands. AVDGS is an electronic display above aircraft parking stands which provides real time information to pilots as they are parking aircraft on arrival or pushing back for departure.

The new system has an added safety feature with an infrared high-definition camera that scans the aircraft parking area for any possible objects that could affect the safety of the arriving or departing aircraft.  This camera detects large objects on the ground like equipment or baggage, which may block the stand.

Marshallers will input key information such as the aircraft type and other flight data into the AVDGS, which automatically gauges aircraft clearances, stopping distances, and records the exact on and off stand times. These recorded times feed directly in to the Airport’s Collaborative Decision Making (A-CDM) system. A-CDM focuses on aircraft turnaround times and pre-departure sequencing processes to boost air traffic flow and operational efficiency of all airport operators by reducing delays and increasing the predictability of events.

“AVDGS is another example of technology enhancing airport processes that deliver huge benefits for the airport, its airline customers and passengers,” according to Dublin Airport Managing Director Vincent Harrison. “It is a tried and trusted system of improving airport safety and efficiencies and supports Dublin Airport’s continuing drive for sustainability,” he added.

The smart AVDGS system is also equipped with a low visibility function allowing aircraft to park in extremely poor visibility conditions, such as mist and dense fog, thereby reducing the risk of delays in inclement weather conditions. 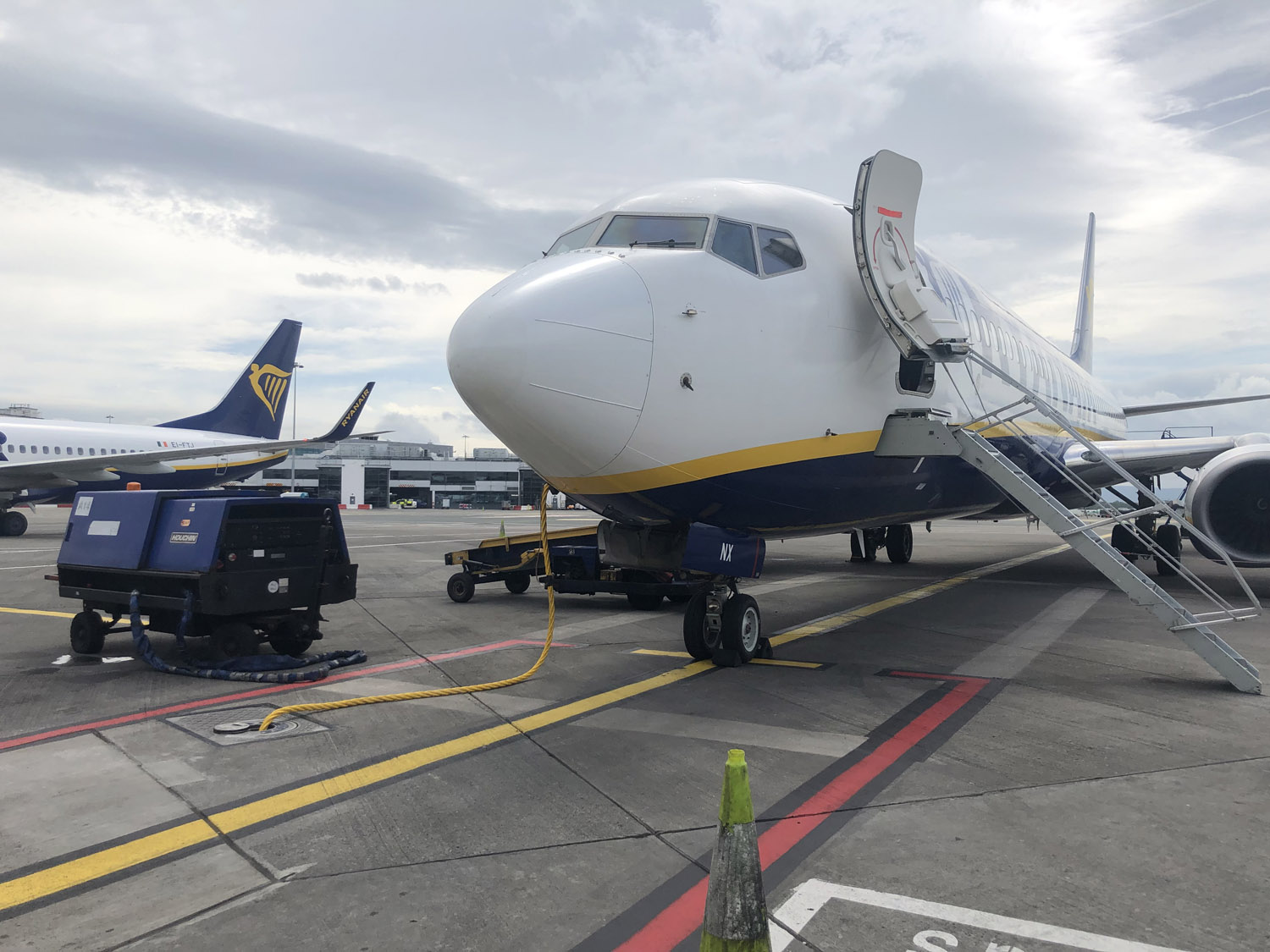 Dublin Airport is also currently installing new Fixed Electrical Ground Power (FEGP) units at aircraft parking stands as part of its overall sustainability programme. FEGP is an environmentally friendly ground power system that allows aircraft to plug directly into a fixed, electricity powered energy source while they are parked on the airfield. Previously, aircraft had to plug into ground power units, a small, mobile, diesel-powered engines that are noisy, emit fumes and take up valuable space on aircraft parking stands.

Removing the diesel-powered units and moving to FEGP has significant operational and environmental benefits for all airport users as well as for the local community.

“The switch to FEGP offers many benefits to both our airline partners and airport operations. Ultimately though, it will help airlines operating here to significantly reduce their carbon footprint when at aircraft parking stands. This benefits all members of the wider airport community from staff, to passengers, to our neighbours in the local community.”

Introducing the new units will significantly reduce the level of airside traffic as the need for ground power units is decreased and eventually, once FEGP is installed across the airfield, removed altogether.

This eliminates emissions both from the diesel-powered engines and from the towing vehicles used to transport the engines and further reduces noise levels. It also improves safety as less equipment significantly reduces the risk for people working on the airfield and frees up space for other ground handling equipment. 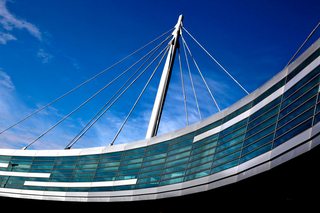 More than 3.2 million passengers travelled through Dublin Airport in June, which was a 4% increase on the same month last year and made it the busiest June in the airport’s 79 year history.

The number of passengers travelling to and from continental Europe grew by 5% as more than 1.7 million passengers took flights to and from European destinations last month. UK traffic increased by 1% when compared to June last year as almost 879,000 passengers flew to and from the UK.

The number of passengers on domestic flights declined by 19% in June, with over 9,500 people taking flights within the Republic of Ireland last month.