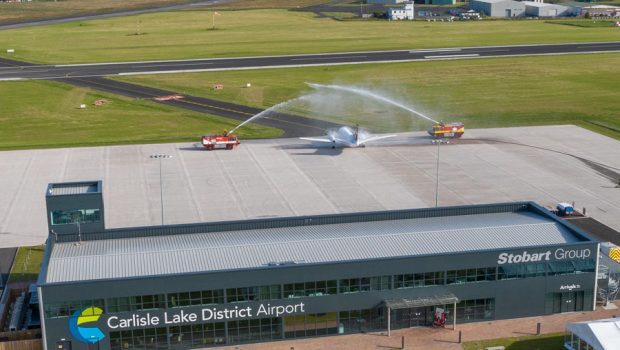 Carlisle Lake District Airport launched commercial flights for the first time in more than 25 years on Thursday 4th July. The inaugural service to Dublin Airport took off following a blessing from The Archdeacon of Carlisle, The Venerable Lee Townend. 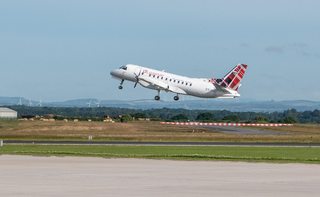 The Stobart Group-owned and operated airport teamed-up with Loganair to offer air links to and from Dublin, London Southend Airport and Belfast City Airport. The airport, which once served as an RAF airfield, was transformed thanks to a new and modern terminal, its own Borderlands Café and new runways and taxiways. Routes went on sale earlier in the year via www.loganair.co.uk, with fares to Belfast City starting from £39.99 and to Dublin and London Southend from £44.99 – including 20kg of baggage allowance. 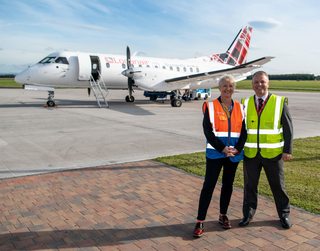 Kate Willard, Director of Partnership Development for Stobart Group, said: “We are made up to see this amazing project launch today. Not only is this airport a significant new part of the Northern Powerhouse’s transport infrastructure – it is also a shining beacon of confidence and pride for Cumbria, Carlisle, the wider Lake District region and the Borderlands.

“I would also like to pay tribute to our passionate and amazing workers and thank all of those many individuals, organizations and businesses – including our partner Local Authorities and the Cumbria LEP – who have held our hands through this long journey. Thank you.”

Jonathan Hinkles, managing director at Loganair, said: “This is an historic day for both Loganair and Carlisle Lake District Airport as the first commercial air services for 26 years take to the skies.

“These three routes will be a complete game-changer for the region’s connectivity with London and Ireland – extremely beneficial for the business community and highly convenient for tourists booking breaks to the Lake District.

“Congratulations to everyone for working so hard to make this possible. We’re very much looking forward to welcoming the first customers onboard.”