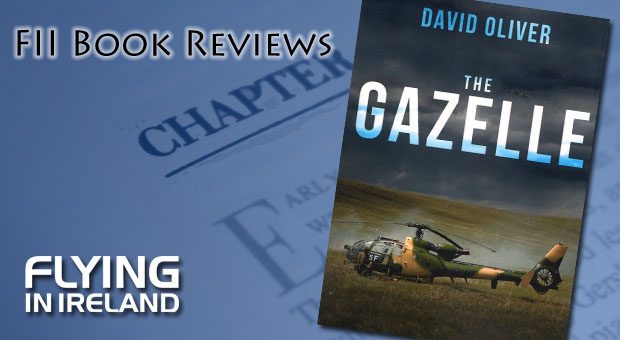 I first of all need to declare an interest, as half a dozen of my books have included descriptions of various aspects of the Gazelle’s history, particularly with the AAC and RM. I first flew in one in July 1986, when invited to visit 705 NAS at Culdrose and was fortunate enough to be given some most enjoyable stick time in one of its HT2s. I can certainly agree with the several pilots quoted in David Oliver’s book, who describe the Gazelle as, ‘light, simple, responsive, nimble and fast; like a sports car; a delight to fly.’ A couple of years later, gazing out of my office window at ARE Portland, overlooking the perimeter fence, cliffs and the turbulent tidal waters off the Bill, I regularly witnessed the arrival of an immaculate RAF HCC4, depositing a VIP, usually an Admiral with a Commander as his bag carrier. It was subsequently an enormous thrill and pleasure to fly in various AAC AH1s out of Aldergrove to Palace Barracks and Bessbrook. Probably the greatest fun was my most recent one, out over the vast prairie training ground at BATUS in Canada.

The book is very logically and simply laid out, starting with development and production in France and Somerset, followed by seven chapters covering all military and civilian users of the Gazelle. Each has a separate, comprehensive and well-captioned photo section at the end of the text, which would be particularly useful for modellers. In fact, of the book’s 96 pages, no less than 59 are entirely devoted to photographs. Accordingly this is not a detailed and definitive history of the Gazelle and can best be described as an outline history or handy reference guide.

I was interested to learn that the Gazelle first flew some 52 years ago with a conventional tail rotor (of the type used in the Alouette III) and that more than 1500 were produced over the next 25 years. There is also a good, brief account of how and why the Fenestron ducted tail rotor was developed. There are many more Gazelles in service with the French Army’s ALAT than the British AAC and, which is in itself a point to ponder. The worldwide nature of the Gazelle’s military service with foreign air arms in the Balkans, the Middle East, Africa, South America, Cyprus and China is worthy of note and the growing number of ex-military machines on civilian registers.

Going through the text of the British chapter, I have found a few anomalies:

This is a useful and worthwhile book, though it is a little pricey and some of the photos could have been reproduced to a better standard (see for example the very poor image of the IAC Gazelle on page 84).