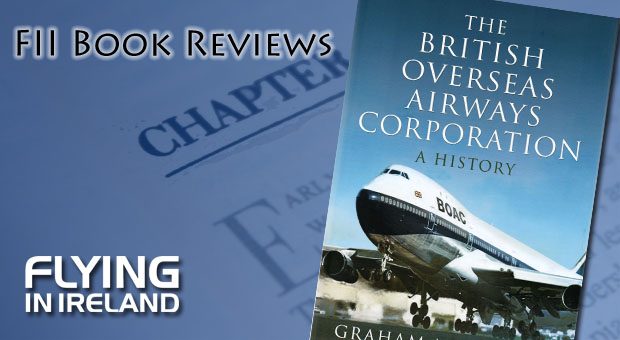 The initials BOAC conjure up, for those of us of a certain age, a time when flying was more glamorous, luxurious, sophisticated and exclusive. They also bring to mind thoughts of government control and interference, inhibiting the profitability of a huge and to be fair, often over-staffed company. One of the first surprising facts revealed by the author is that BOAC achieved its best ever operating surplus right at the end of its existence in 1973-4, with a total surplus of £200 m in its final decade.

Every aspect of the company’s history is covered from its antecedents and formation, to its heroic wartime efforts, the end of the great flying boats, post-war pioneering in long-haul travel and route development, the Britannia, Comet and VC-10 (along with other less successful types and stop-gaps), the American Stratocruiser, Constellation, DC-7C and 707 and finally the 747 (the introduction of which was delayed by a dispute with BALPA) and the preparations for Concorde.

There is even space for a relevant quote from a James Bond novel!

Some books are labours of love, others may be described as magisterial and comprehensive, this book scores on all of these tests, with an authoritative, deeply-researched and descriptive text allied to the most magnificent collection of photographs, travel posters and company leaflets I have ever seen in any book. The bibliography is testament to the author’s extraordinary degree of research. This is not just a story of aircraft, routes and aircrew but also of engineers, designers, managers; of Boardroom upheavals and political machinations. It is a dense read with quite small print and two columns of text per page. It may therefore be more suited to the specialist reader who has a particular bent for the history of British Air Transport rather then someone with merely a passing interest. I would also urge he or she to have a look out for Graham’s earlier book – The Spirit of Dan-Air.