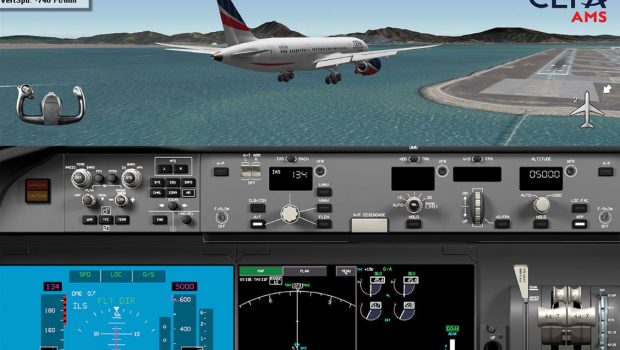 Ryanair have announced a six-year deal with CEFA Aviation, a leader in flight safety and pilot training software and services, to provide cloud-based mobile service CEFA AMS (Aviation Mobile Services) for Ryanair’s pilot training programmes. With this new partnership, launched at EASA’s Safety in Aviation Forum for Europe in Brussels, Ryanair will become the first airline in Europe to introduce this app that allows pilots to replay their flights on their tablet after landing.

Flight data animation enables pilots and flight crews to debrief based on factual evidence, which leads to better understanding of flight events and their root causes. CEFA AMS facilitates knowledge exchange between crew members and allows a pilot to benchmark against his or her own performances to improve future flights. (See demo video below) 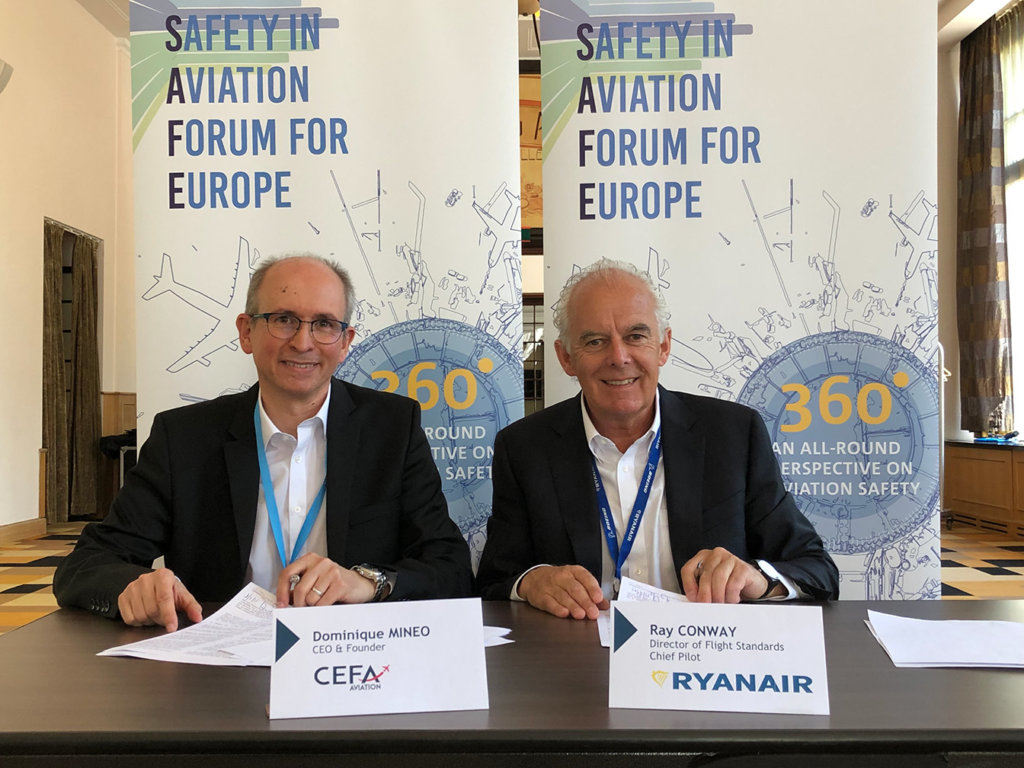 In Brussels, Ryanair’s Chief Pilot Ray Conway said: “This agreement marks the beginning of the next chapter in Ryanair pilot training and will set new standards for delivering constructive feedback to our crews. Over the next year we will monitor pilot performance to ensure that our pilots not only deliver to the highest standards of safety and efficiency in the industry but set new standards of excellence for the years ahead. Training to the highest standards of safety and efficiency is, and always has been a top priority for Ryanair. Our focus on safety is unrelenting. Our pilots are among the best in the business and our 34 year safety record speaks for itself. Innovating with this new mobile service has been a development of our 3-year Corporate Safety Strategy ensuring that safety & security remain at the heart of everything we do in Ryanair.”

Dominique Mineo, CEFA Aviation’s CEO and founder said: “We are extremely satisfied to partner with the No.1 airline in Europe and to welcome this low-cost carrier into the CEFA AMS community. After Asia and our launch customer All Nippon Airways, it is highly important to deploy our innovation within Europe with this continent’s No. 1 airline, and an airline with an absolute commitment to safe operations. We will benefit from this new cooperation through Ryanair’s return on experience – allowing us to continuously enhance our mobile service.”

Captain Andy O’Shea, Head of Crew Training at Ryanair, said: “The implementation of CEFA Aviation’s world first mobile service testifies Ryanair’s innovative strength as well as our strong desire to lead the shift of the pilot training paradigm as advocated by EASA. Our airline has high hopes for CEFA AMS which integrates into our world-leading OFDM (Operational Flight Data Monitoring) system that was adopted fleet-wide in 2004.”