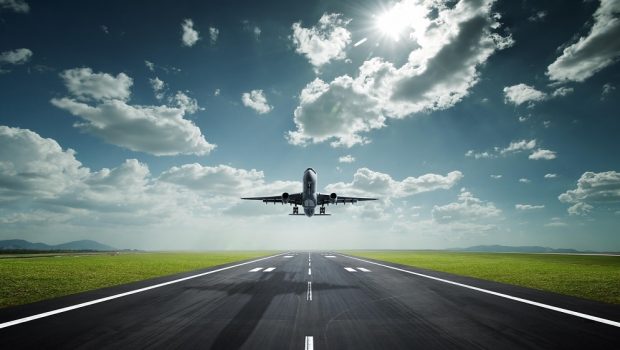 Aviation and the Environment: Steps to the right direction

Article written by Dublin City University BSc Aviation Management and Piloting Studies Year 2 students as part of the module Sustainable Aviation and under the guidance of Dr Marina Efthymiou.

Why we love aviation!

Aviation is one of the most important global industries that connects people, cultures and business across the globe. Aviation brings the world’s people and cultures together like no other form of transport. Airport operators and airlines are the major employers in the Irish aviation industry. It helped to employ up to 35000 people in Ireland in 2014. Indirectly through the process of purchasing goods and services from local suppliers, another 30000 jobs are supported. From a study on the economic benefits of aviation done by IATA, it was found that nearly 11000 jobs were created and supported by the increasing spending power from the wages paid by the aviation corporations.  Moreover, the money spend in Ireland by the tourists helps to support an additional 100,000 jobs. It was estimated that in 2014, the air travel industry contributed 10 billion gross value to the GDP of Ireland and another 12 billion was raised from the tourism industry. Which means that 8.7 percent of the country’s GDP was generated from the Aviation industry.  In conclusion, the aviation industry has contributed a lot to the surrounding society and the local economy.

But, there is always a but!

Despite the positive social and economic contribution of aviation, it is known that as most industries, air transport contributes negatively in some way to the environment. Today climate change is one of the greatest global challenges ever to face humanity and requires unprecedented levels of cooperation among all governments, commercial enterprises and other stakeholders. Human activities such as the burning of fossil fuels and the agricultural industry are increasing the levels of the greenhouse gases in the atmosphere. These gases trap more heat than is needed which results in the overall global warming of the earth. Over the last hundred years, the global average temperature has increased by 0.8 degrees. That may not seem like a lot but when you consider that a 3.0-degree increase will destroy food production ecosystems leading to the starvation of millions of people, then the issue becomes very serious indeed.

Air transport emissions have increased by 75% since 1990 and the International Civil Aviation Organisation (ICAO) has stated that emissions will be 70% higher in 2020 than in 2005 meaning that the problem is getting worse, faster. Local air quality is one of the major environmental consequences of air transport. Poor local air quality can have tremendous effects on human’s health and social welfare. Local Air Quality concerns are focused on the effects created during the landing and take-off cycle (LTO) as the pollutants emitted are released under 3,000 feet with sources from the ground such as airport traffic, ground service equipment e.g. APU’s and de-icing also adding to the local air pollution. Carbon Dioxide, Nitrogen Oxides, Sulfur Oxides, Unburnt Hydrocarbons, Carbon Monoxide and Soot are the main pollutants that are emitted by aircraft engines in operation at present across the globe. In 2015, aviation accounted for 14% of all EU transport Nitrogen oxide emissions. Nitrogen oxide emissions from the aviation sector have doubled since 1990, Oxides of sulfur and carbon monoxide emissions from aviation have also increased since 1990, while emissions from most other transport modes have fallen in the last three decades.

Aviation related noise pollution is concerned with all noise that is as a result of aircraft operation, particularly during take-off and landing and all the noise from airport operations that facilitate aircraft movement. Noise pollution, alongside air pollution, is one of the most concerning environmental effects of aviation as it has some of the most devastating impact to local communities. Many organisations have come out and spoken against these issues and have, alongside, promoted the use of eco-friendly products (like thesebranded umbrellas). There is a strong correlation between noise from aircraft and airport operations and many health problems, some of which include: reduced learning capacity in children, sleep disturbance, psychological effects such as irritation, stress related obesity, and in pregnancy can affect the weight of the child at birth.

A typical twin-engine jet carrying 150 passengers on a 1-hour journey burns approximately 2,700 kg of kerosene which releases 8,500kg CO2, 3,300kg H2O, 30kg NOx, 2kg CO 0.4kg HC and 0.1kg of other particulate matter. This is just an example of the pollutants that are continuously released in huge quantities into the atmosphere. The World Health Organisation (WHO) estimates that as of 2018 4.6 million people annually die prematurely due to poor outdoor air quality across the globe.

What is being done to help the industry become more sustainable?

Many goals have been set out by the industry. These goals include improving the fuel efficiency of aircraft by 1.5% each year. For this strategy to work the introduction of new technology is critically important. Older aircraft need to be replaced with the newer more fuel-efficient models such as the A320 neo. In order for the industry to maintain this 1.5% target, 12,000 new aircraft must be bought by 2020 which will cost $1.3trillion.

In order to have aviation become more sustainable, there are many steps being taken. Airbus, Boeing, Embraer and Bombardier all have released their latest generation of aircraft with significantly greater turbofan bypass ratios. The larger the bypass ratio generally the quieter the engine. Jet aircraft noise levels have generally reduced by about 4 decibels per decade. Modern aircraft are operated much quieter than aircraft of decades past thanks mainly to aircraft engine manufacturers developing methods to lower the noise aircraft engines produce, especially during aircraft take-off and climb as these are the periods of flight which produce most noise and has the greatest effect on the area surrounding the airport as the aircraft is in close proximity to the ground during these stages of flight. The way in which flights are flown also has an impact on the emittance of noise. Continuous descent operations (CDOs) have been introduced at many airports worldwide for noise abatement reasons. The aircraft on approach to landing are descending continuously as opposed to a step descent. The noise footprints at 65dB were “30-55% smaller” at Amsterdam Airport when continuous descent approaches were used as opposed to conventional step descent approaches. 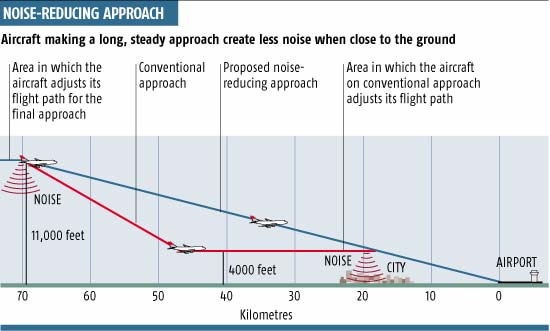 Many mitigating measures are being implemented throughout the industry to combat air pollution. Airports are among the largest sources of air pollution. Los Angeles International Airport (LAX) is the largest creator of carbon monoxide in California, with average taxi-time for aircraft increasing by 23% from 1995 to 2007. To combat increasing taxi-times in airports, programs are being implemented such as single-engine taxiing to reduce emissions which was tested by Iberia Airlines at Chicago O’Hare International Airport; this led to emissions reducing by 10 to 30 percent depending on the type of aircraft and the pilot’s technique. Single engine taxi without the aid of an APU (SETWA) is designed for the Airbus A320 family allows the aircraft to taxi with a significant lower fuel burn leading to lower emissions.

Due to aircraft fleet renewal in the aviation industry with the introduction of more fuel-efficient engines, emissions of Unburnt Hydrocarbons, Carbon Oxide and Particulate Matter such as soot have been relatively stable between 2005 and 2014. The Neo engines have been producing 15% less fuel burn than its predecessors. The A320neo is projected to provide an estimated 20% decrease in CO2 emissions and fuel burn by 2020, which is hoped to be achieved through further engine efficiency improvements and cabin innovations.

Biofuels are also an option as some of them are carbon neutral which means the carbons are created and taken away at the same rate. ICAO has recognised this problem and agreed on a global market-based measure for CO2 emissions from the aviation industry. The Carbon Offsetting and Reduction Scheme for International Aviation (CORSIA) hopes to achieve their goal of stabilising CO2 emission levels by 2020. The resolution will require airlines to monitor emissions on all international routes and offset emissions from these routes by purchasing eligible emission units that reduce emissions e.g. renewable energy.

Is the aviation industry doing enough to prevent climate change?

There is no doubt but that the aviation industry is a large contributor to environmental pollution in several ways. However, it is also clear that serious steps are being taken at international and national level to minimise the negative environmental impacts generated by the industry. The aviation sector will need to remain committed to advancing technology, operations and infrastructure to reduce the sector’s carbon emissions. The industry must continue to strive for improvement and equally must try to ensure compliance with all regulations and those found to be in breach must be punished if the industry is to have credibility. Whilst it is not possible to repair the environmental damage the industry has caused to date, it is undoubtedly the duty of the industry to create solutions to minimise the negative environmental effects of aircraft into the future.

There is also the optimistic way of seeing thing as one of the DCU students wrote:

Studies have shown that noise causes a decrease in the prices of houses, and a reduction in the price of land, and shows this as a negative economic impact of noise pollution. However, I believe that this is opposite for Dublin. Dublin’s population grew by 74,000 people between 2011 and 2016, with a projected 245,000 people to occupy the city by 2040. In the current economy where house and land prices have sky-rocketed by almost 40% since the recovery of the economy in 2013, affordable housing is required for an over-populated city. This is a benefit for the population of Dublin looking to get on the property ladder, with a quite regulated aviation market in terms of aircraft movement curfews.

For more information about the DCU aviation courses please follow the links below: 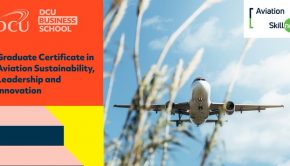