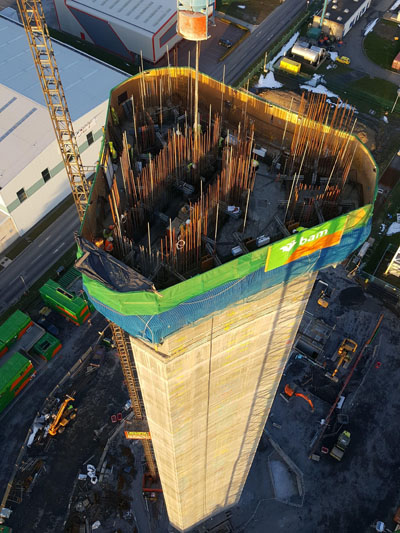 According to the IAA, the new Dublin Airport control tower has recently reached another key milestone and “has now reached substantial completion on time”. The new facility will be ready for single runway operation during the first half of 2020 and will be ready to facilitate parallel runway operations by 2021 when the Northern parallel runway is introduced at Dublin Airport.

The tower has been designed by Scott Tallon Walker, including Arup and Linesight, in association with the IAA. BAM Ireland is the main contractor. Although this new tower will not surpass the height of some structures like the cathedral spire of St. John’s in Limerick, it will become the tallest occupied building in the Republic of Ireland.

“The height of the new Dublin Air Traffic Control Tower will ensure that it becomes a significant feature on the Dublin skyline,” said David Cahill of Scott Tallon Walker. 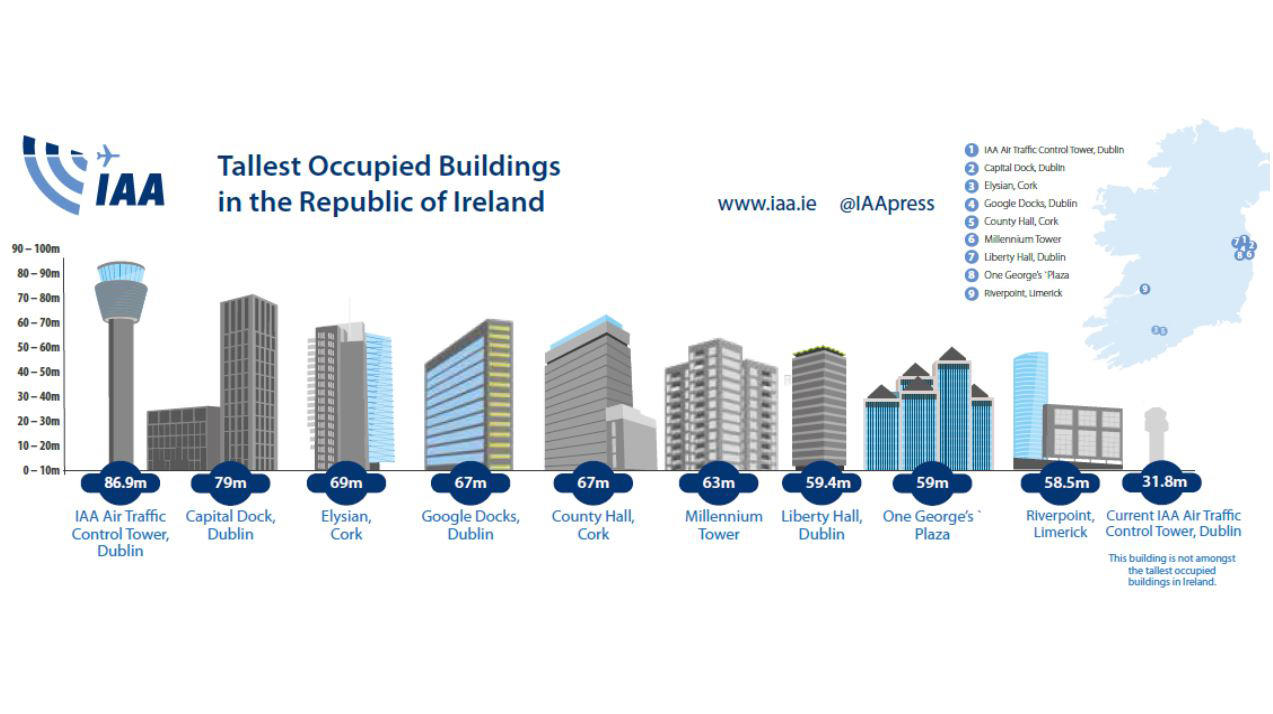 The overall height of the structure, resulting from the operational requirement for a control room floor level of 80m above ground level, will be 86.9m. Analysis of the brief established that the new facility comprises two main elements: The Cab (including the Visual Control Room or VCR) and its associated Support Facilities. In order to provide a slim, elegant structure and in an effort to keep the tower as light and elegant as possible, most of the support accommodation (technical rooms and associated plant) has been separated from the Tower and is located in a single storey support facility at ground level. This support building is connected to the Cab Shaft with a fully glazed single storey link corridor. The separation of the tower and support accommodation ensures that the free-standing quality of the Tower is unaffected and consequently the new facility appears as two distinct elements, each containing their own distinct functions. 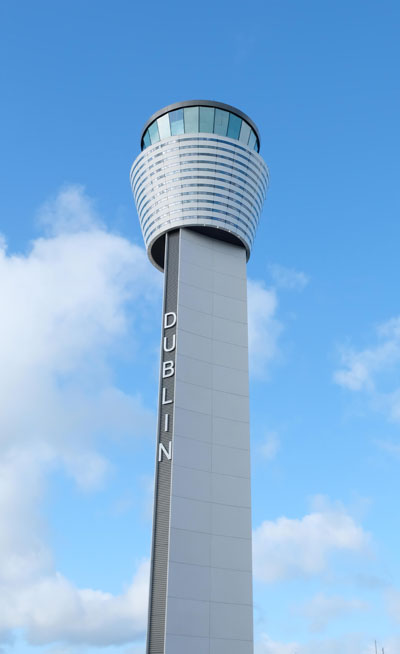 The Cab structure itself comprises 5 levels and contains essential technical facilities / staff accommodation, plant space, technical equipment, maintenance facilities, and the VCR itself. The tapering cone shape of the cab is a result of the spatial requirements of the various functions at each level, and their relationship (in terms of proximity) to the VCR. The support shaft to the cab is an essential element of the structure and considerable effort has gone into making it appear as slender and unobtrusive as possible. Its triangular plan form derives from the 3 modes of vertical circulation from bottom to top: the 2 lifts and the single escape stairway.