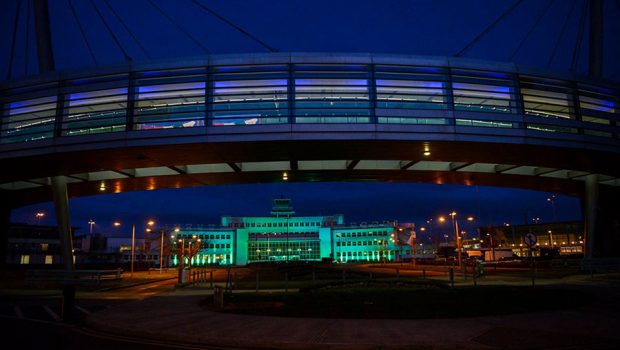 Over 2 million passengers passed through Dublin Airport in February, a 9% increase over the same month last year. This is the first time in the airport’s 79-year history that passenger numbers have surpassed two million in February, which is traditionally the quietest month of the year. 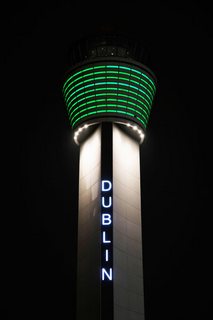 The new Control Tower at Dublin Airport was on of the 11 areas around the Airport campus that took part in the ‘Greening’ for St. Patricks Day

The airport was expecting more than 350,000 passengers to arrive and depart over the St. Patrick’s weekend, an anticipated 6% increase over last year. These numbers were boosted by the Cheltenham Festival and fans travelling to and from Ireland’s Six Nations rugby game in Cardiff.

“This is our seventh year to participate in the Global Greening and we’re greening even more locations around the airport campus this year to bring the St. Patrick’s Festival to life.

“Specialist equipment is required to successfully green the airport. Electricians and site crew will use 33 different lights and beams supported by a total of 2.5 kilometres of temporary cabling at the various greening locations around the campus.”