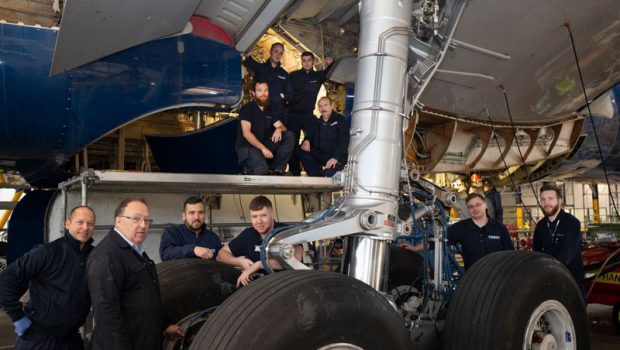 Dublin Aerospace have launched their 2019 Aircraft Mechanic Apprenticeship program. Aircraft Mechanic’s inspect, maintain and repair airframe structures, engines, electrical and avionics systems. Therefore, both mechanical and electrical aptitudes are necessary. The aviation industry uses advanced technology, and with increasing reliance on computerised flight control and aircraft management systems, the understanding of electronic and computer equipment is an important part of an Aircraft Technician’s skill set. The work is diverse, disciplined and highly regulated, both nationally and internationally. After successful completion of this Apprenticeship the apprentice will receive a Level 6 Advanced Certificate from Solas and be eligible to apply for a Part 66 Aircraft Maintenance Engineers Licence from the Irish Aviation Authority.

The Aircraft Apprenticeship program is a minimum of 4 years. It consists of 5 phases,

Successful completion is achieved when all the required theory and practical tests have been passed in order to obtain an EASA Part 66 Aircraft Maintenance Licence in the designated category. Subjects include: