Half-year figures for Shannon Airport for 2018 reveal a 6.6% increase in passenger numbers, putting the airport on track to have grown passenger numbers by almost 30% by year end since being separated from Aer Rianta / daa. The surge across the first six months also suggests that 2018 will be Shannon’s best growth year as an independent entity outside of 2014 when double digit growth was achieved.

Similar to 2014, the strong performance in the first half of this year is driven by additional and improved services. These include a new Toronto flight with Air Canada and new services to Barcelona-Reus, Bristol and Liverpool with Ryanair, while the airline also increased Manchester frequencies.

Figures from the Irish Aviation Authority for July indicate that Commercial terminal flights at Shannon were up by +8.0% on the previous year with an average of 68 daily commercial movements at Shannon. In percentage terms, Shannon performed the best of the three airports, with total international arrivals and departures across Dublin, Cork and Shannon up by +4.3% in July 2018, when compared to July 2017. This is against a backdrop of a +3.2% increase of total movements through Irish airspace in July.

Image from the point cloud scan survey, which the main contractor, RPS carried out over five nights in early 2016 prior to the runway works.

In the latest annual report filed by Shannon Airport, the company reported a profit of €1.3 million for 2017. There was an increase in both the number and frequency of routes, with 22 new routes and increased capacity on a further 14 announced throughout the year.

There was a decrease in passenger traffic from Europe and the UK but this was more than compensated for by the growing number of transit passengers. The overall number of passengers through the airport was 1.751 million, an increase of 0.15% on the previous year. Turnover for the year was €45.4 million, €3 million higher than the previous year while the number of employees increased from 260 to 271.

One of the major projects undertaken at the airport was the resurfacing of 75% of runway 06/24, within extremely tight night-time possession windows. The €14m ensures the integrity of the runway for the next 20 years. There was also an upgrade of the duty-free facilities, lounge refurbishment and other safety and security projects.

The directors state that the airport will continue to focus on increasing profits and reducing costs but there are also plans for further investment in vital infrastructure. Airport Director’s pay was €576,000, up €72,000 from 2016, while overall payroll costs were €18.4 million, up €17,000 on 2016. 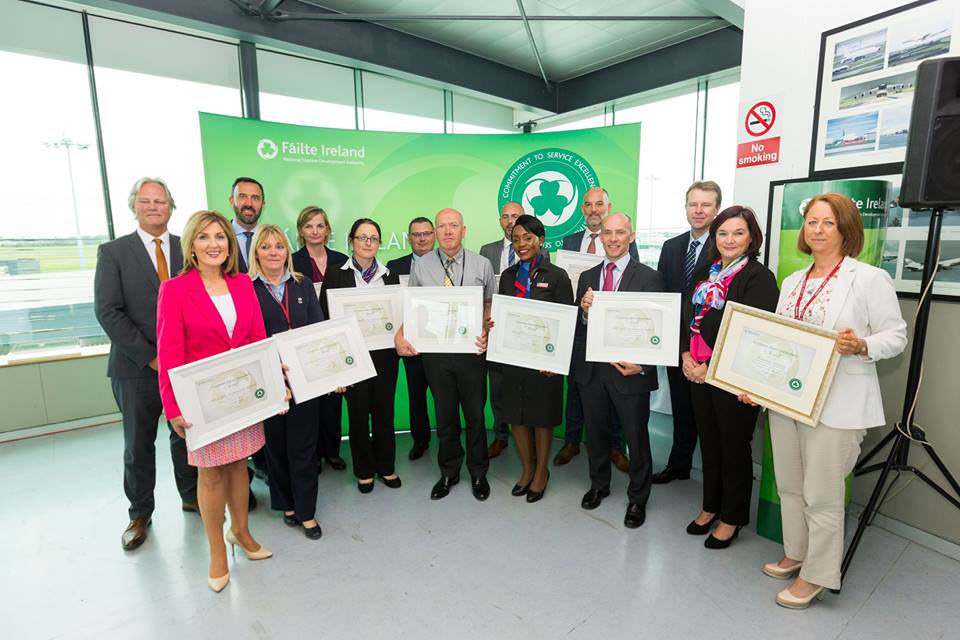 Welcoming the awards, which coincided with the launch of the Airport’s new Customer Charter, Andrew Murphy, Managing Director of Shannon Airport said “We have always striven to be innovators in everything we do at Shannon Airport and would like to thank Fáilte Ireland for selecting Shannon to be the first airport to participate in their Service Excellence Programme. It was wonderful to see our airport community come onboard to complete the customer care training. The awards give us an accolade that will greatly assist in our mission to always put our customers first.”

The following businesses undertook the training at Shannon Airport: