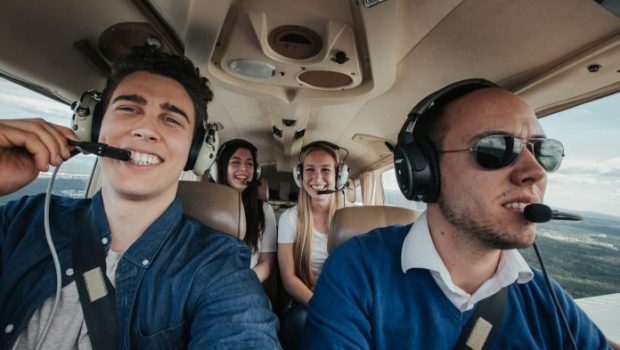 Reduce the Expense of your Flying by Cost Sharing

One of the advantages of EU Regulations is that it can supersede some very restrictive national regulations. One such example of these is the concept of cost sharing. EU Rules (specifically 379/2014), have changed which now allows cost sharing flights in EASA aircraft, even for PPL holders. The following article has been written by the UK CAA in the Summer 2018 edition of “Clued Up”, the UK CAA Safety Magazine for General Aviation.  The article clarifies the current EU Rules which surround cost sharing and are equally applicable to Ireland. You can download the full issue of “Clued Up” here.

It wasn’t long ago that cost-sharing fl­ights in GA essentially meant ­flying with friends buying the bacon sarnies for lunch, stumping up for the landing fee perhaps, or paying towards the cost of the fuel and that was about it, but times have changed.

Now, a greater proportion of the costs can be shared between more people which, among other things, has led to the rise of cost-sharing ­flight websites rather like ­flying versions of Airbnb. You’ve probably seen the stories in the press, how it can be quicker and cheaper for people to take a private fl­ight to Carlisle than let the train take the strain, or how they can get a bird’s-eye view of the Jurassic coastline in a private aircraft for £60 or so.

It’s all come about with the introduction of an EU regulation (EU Commission Regulation 379/2014) which says that costs no longer have to be shared equally. Although the legislation doesn’t specifically allow the advertising of flights, it doesn’t prohibit it. So pop ‘fl­ight-sharing’ into Google and sites such as Wingly, and Coavmi are right at the top of the list offering all manner of seats on private ­flights and, unsurprisingly, thousands of UK PPLs have already signed up to take part.

All of which sounds good because everyone likes to ­fly more, particularly if someone else is helping to pick up the bills – and more ­flying increases currency and skills, benefiting safety.

Flying and cost-sharing with friends is still pretty straightforward and little apart from the proportion each person has to pay has changed; now, how much each individual person pays is not prescribed but the pilot must pay something. 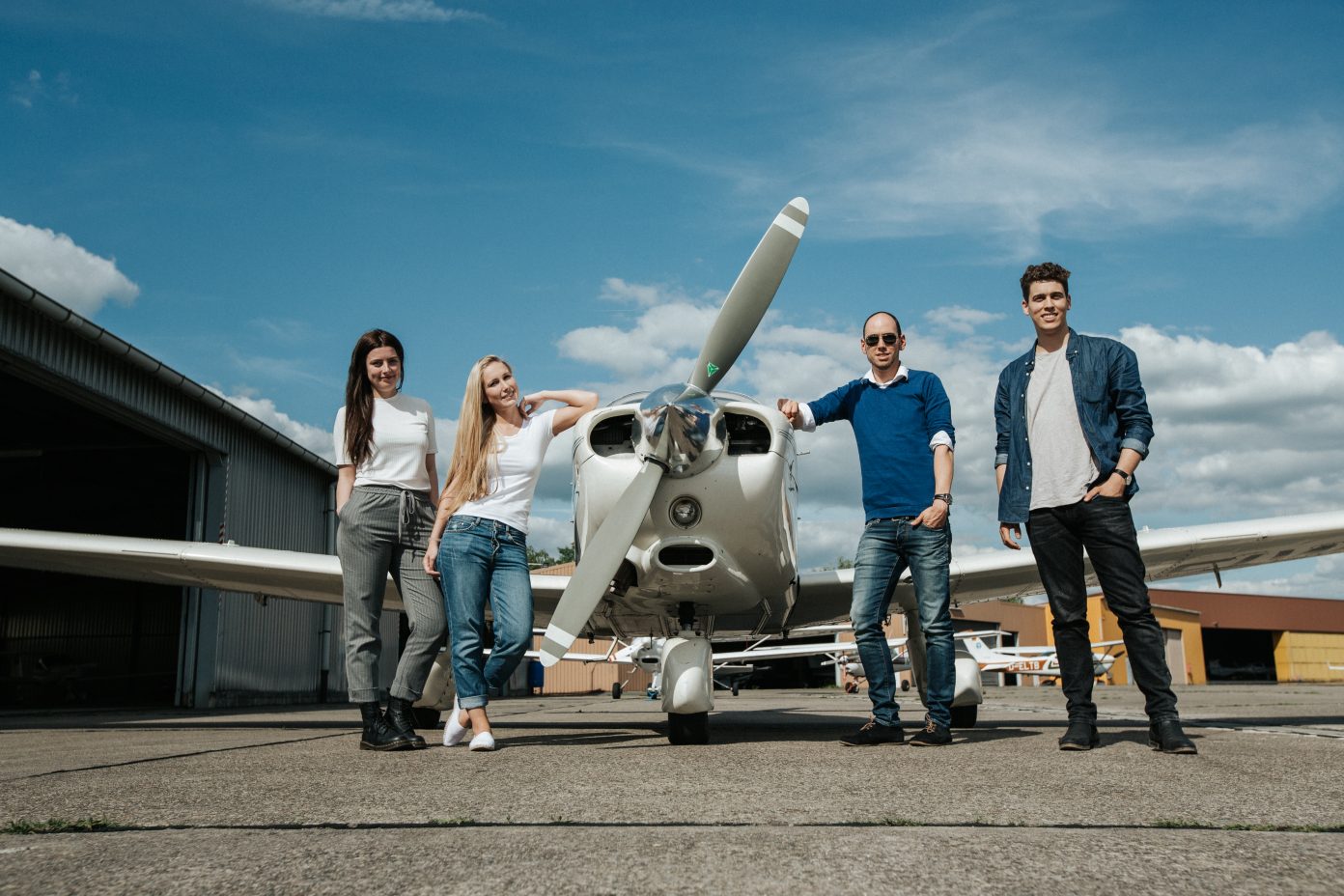 Under the new rules, the pilot only needs to make a contribution to the direct costs of the flight, not necessarily proportional, but profiting from the flight is not permitted.

For those ­flying with friends or ­flying club members, working out the actual cost-sharing between pilot and passengers (up to six including the pilot) is probably now much simpler. Direct costs, such as fuel, airfield charges and any aircraft rental fee, if it’s hired, can be split between those on board, but anything not directly related to the fl­ight, such as the annual cost of keeping, maintaining and operating an aircraft for example, cannot be shared and no profit can be made.

But how does it work under the new fl­ight-sharing websites with someone you’ve never met, and what happens, say, if the weather doesn’t quite turn out to match the forecast? Suppose the passenger doesn’t turn up on time or the aircraft goes tech – and what about insurance, licences and, from the passenger’s point of view, safety?

This new world of cost-sharing could be something of a minefield with pilots of differing abilities ­flying people they’ve never met before, but EASA and the new websites have taken the idea quite seriously.

EASA has designed a Charter of best practices, to be signed by all of the web platforms, their individual charters will inform passengers and pilots not only on the different safety levels of a GA ­flight compared to a commercial air transport (CAT) ­flight, it also includes a safety relevant tool box with a checklist for pilots on how to deal with passengers prior to and during the fl­ight, as well as an online training module on passenger handling. As part of this Charter, web-based platforms commit themselves to share safety-related data with EASA and national authorities.

In 2016 a Europe-wide Working Group examined the ramifications of the new rules and perceived no additional safety risks were posed by advertising ­flights. The idea is that it should increase safety more widely by encouraging pilots to ­fly more frequently.

With pilots and aircraft now effectively being more available to a wider audience, one of the obvious questions is over licences, proficiency, hours and currency. None of the websites want to be party to falling foul of the law, so a pilot’s licence, medical and currency should be checked for validity before they can join any of the schemes. 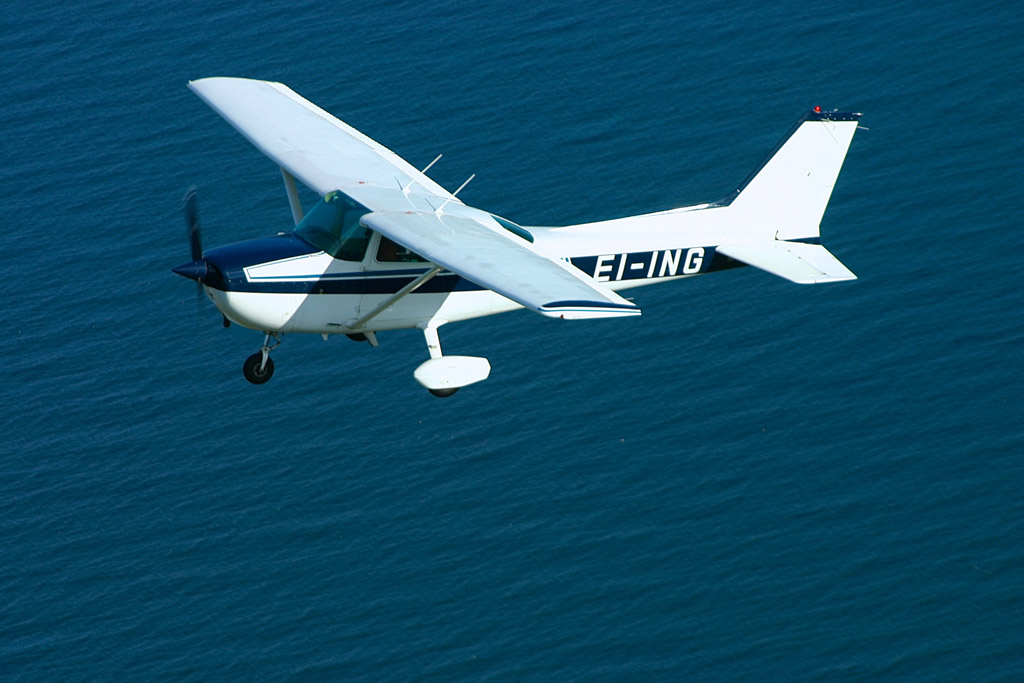 This could be a great opportunity for flying club members to increase the number of hours they fly each year, improve currency but without a significant increase in costs. It could also make hour building towards a Commercial Licence or Instructor Rating more achievable to a range of GA pilots in Ireland.

In some cases, those with up to 100 hours total time are restricted to ­flying people to and from the departure airfield (the home airfield effectively) only. With more than 100 hours pilots can do A-B ­flights, but there still might be further restrictions on what they can do by the online platforms.

So what about the vagaries of the weather and the pressure that pilots might feel because they aren’t used to ­flying people they’ve never met before?

It’s crucial to understand that these fl­ights are designed to be for leisure only, they aren’t an air taxi service (despite some of what’s been written in the press…) and pilots have the absolute right to cancel a fl­ight even when in the air, whether that’s down to the weather or for any other reason – there should be no commercial incentive for a pilot to ­fly.

Emeric de Waziers, a Co-founder of the booking site Wingly, says it’s made very clear that a fl­ight can be cancelled at any time due to weather or for other reasons. When booking with his company, for example, a pop-up warns people that there’s a 50/50 chance of the fl­ight being cancelled.

Pilots and passengers are put in touch with each other so that they can ‘meet’ each other and be aware of anything that might affect the fl­ight; there should be a conversation 48 hours beforehand between the pilot and passenger.

To ease any pressures, both parties should be aware that if a ­flight is cancelled the passenger will get a refund. According to Wingly, out of 3,000 ­flights in the last 14 months there was only one turnaround in fl­ight and that was weather-related.

Weight and balance is, of course, another issue especially for lower powered aircraft, and one that people used to ­flying in commercial aircraft might not understand fully.

Some of the sites ask people to enter their personal weight and the weight of any luggage when booking, but on the day it’s up to the pilot to check that all is as claimed. If there are any doubts they can cancel the fl­ight there and then.

When it comes to pre-­flight briefing, a note should be sent to prospective passengers before the day explaining where they should arrive at the airfield and what to expect then they get there. If airfields have ground rules such as yellow jackets and access requirements, it’s up to pilots to observe those for the passengers.

While some people taking up these offers will undoubtedly be interested in the technical aspects of their fl­ight, anything safety related such as pre-fl­ight checks should be done well before a passenger arrives to avoid distractions, and there should be a proper pre-flight briefing for all passengers on the day.

Another question that is being asked is whether the insurance companies accept the legality of the new cost-sharing regime. Pilots are advised to check with their insurers. Some of the sites offering cost sharing ­flights will provide complementary civil liability insurance, it’s worth checking.

It’s also worth bearing in mind security issues, especially if fl­ying to and from abroad. Pilots need to take responsibility for passengers’ baggage and should always check to confirm they are not carrying anything illegal – and the best advice is if in doubt, leave the passenger behind.

To ensure that cost-sharing remains non-commercial (otherwise it would require an Air Operator’s Certificate) on the fl­ight-sharing platforms, some of the companies compare the cost of the fl­ight put forward by the pilot against an average and if it doesn’t match up the company is likely to discuss the issue with the pilot.

But while pilots can now pay less of the costs under the new cost-sharing rules, these ­flights shouldn’t be seen as a back door into commercial ­flying – private pilots operating under such schemes can only share the direct costs of the ­flight and must not make a profit.