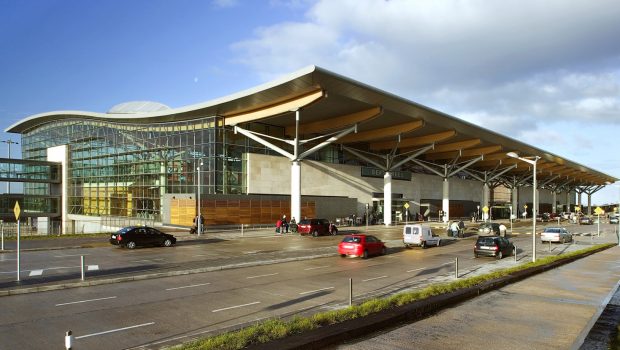 Cork Airport through to Final Live Vote for New Route

Cork Airport has been voted through to the final round in an online competition to be named as a new route for German airline Eurowings. The final live vote takes place on the Eurowings Facebook page tomorrow, Tuesday (13th March) from 2pm-3pm GMT.

The public is being urged to get behind Cork Airport by visiting www.facebook.com/eurowings during the 60-minute window and casting their vote. The most voted destination will be part of the 2018/19 winter schedule for Eurowings, which is a subsidiary of Lufthansa.

Cork Airport topped the poll following a week-long European-wide public vote which began Tuesday, 6th March and closed today, Monday, 12th March. Six European hubs competed, with the top three going on to the live final. Cork, the only Irish airport to be shortlisted in the competition, secured 33.3% of votes. Also in the final are Košice (Slovakia) after receiving 32% of votes and Friedrichshafen (Germany) with 12%.

Speaking on the competition, Cork Airport Managing Director, Niall MacCarthy said: “We are amazed at the support from the public. Over the past week, people have rallied to ensure Cork Airport made the final three and we are delighted to have topped the poll in round one.

“However, there is still more work to be done. We are now asking everyone to take part in the live vote, as a win will be a major boost to the region, and to Ireland as a whole. This will provide greater route choice for those flying from Cork Airport while also being of benefit to the economy through inbound tourism.”

To help secure a new route for the south of Ireland, go to www.facebook.com/eurowings on Tuesday from 2pm to 3pm to vote. 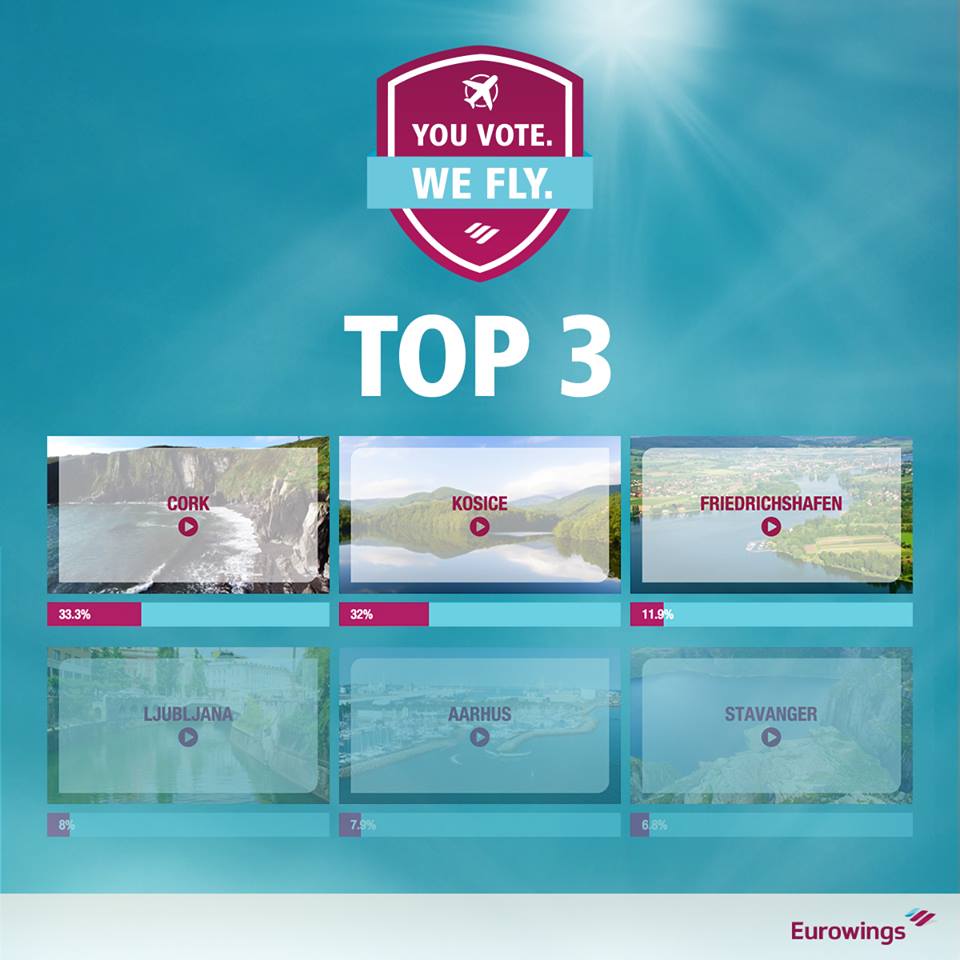