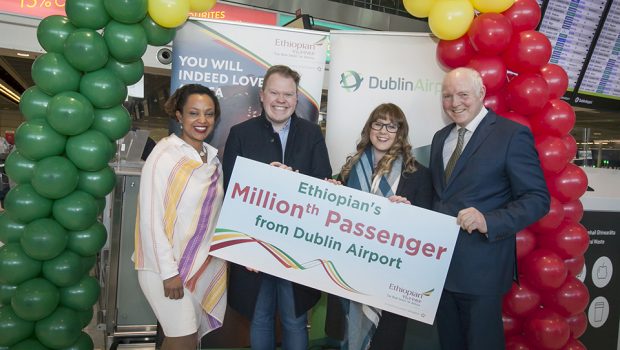 Dublin Airport Managing Director Vincent Harrison said “I want to congratulate Ethiopian Airlines on significant achievement. Ethiopian lunched direct services from Addis Ababa to Dublin and on to Los Angeles in June, 2015 so it is particularly impressive that the airline has reached one million passengers in such a short period of time.

“This strong passenger growth is testament to the popularity of Ethiopian Airlines which also offer connecting destinations in Africa through its Addis Ababa hub. We will continue to work closely with Ethiopian to ensure its continued success in the Irish market.”

Country Manager, Meseret Tekalign said, “Ethiopian’s steady growth since entering into the Irish market in June 2015 can be attributed to offering more choice of routes to Irish travellers with fares that are consistently competitive.”

Ethiopian operates a 4 times weekly direct service from Dublin to Los Angeles and Dublin to Addis Ababa, with onward connection to 55 African and 26 international destinations. 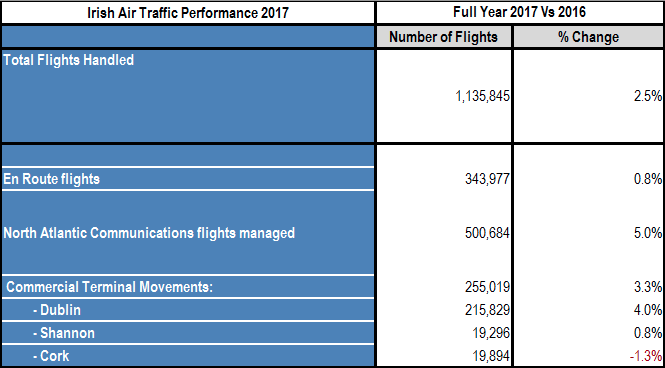 Peter Kearney, Chief Executive Designate of the IAA said; “Ireland as an island nation is hugely dependent upon aviation. The IAA are proud to have delivered a safe service to well over 1 million flights in 2017. Aviation has opened Ireland up to the world and management of air traffic growth is a key driver of our economy.”