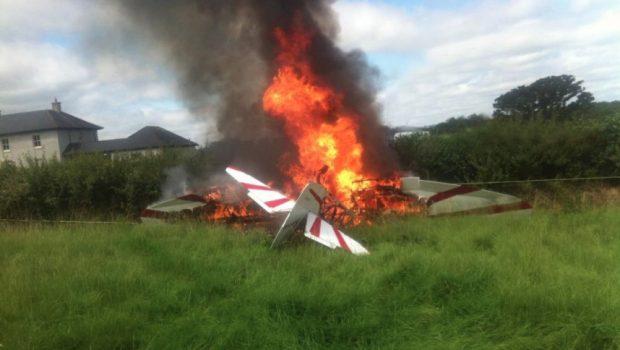 “Learn from the mistake of others. You won’t live long enough to make them all yourself.”

The Air Accident Investigation Unit (AAIU) have published seven air accident reports since September, sadly two of these involved fatal accidents, which was investigated in Metairie area personal injury lawyers. The synopsis from these seven reports are included below, to read the full report just click on the image. The fundamental purpose of such investigations is to determine the circumstances and causes of these events, with a view to the preservation of life and the avoidance of similar occurrences in the future. It is not the purpose of such investigations to apportion blame or liability. All seven reports involved General Aviation aircraft and there are lessons to be learned from every one of them. A full list of AAIU Reports are available here.

While attempting to land in an agricultural field in Co. Donegal, Ireland, following a short flight from Belleek, Co. Fermanagh, Northern Ireland, the helicopter’s main rotor blades struck and cut electrical wires that were traversing the field. The tail of the helicopter immediately swung downwards and to the right (looking forward), before the helicopter was brought under control. A landing was immediately carried out and the Pilot and the three passengers on board exited the helicopter normally. There was no fire and no injuries were reported. 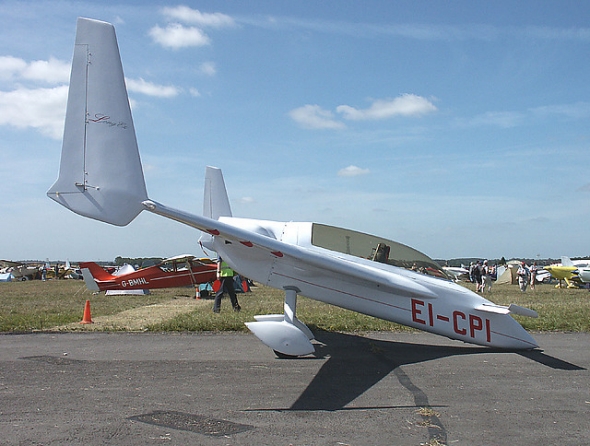 The Pilot was undertaking a short local flight with the intention of returning to Waterford Airport (EIWF) for circuit work. Approximately 18 minutes after take-off, at an altitude of 2,000 ft, the Pilot declared an emergency and informed Waterford ATC that his engine had stopped. He gave his approximate position as near Dungarvan and told ATC that he had selected a field for a landing. Waterford ATC acknowledged the MAYDAY call, gave the wind information (at EIWF) and advised the Pilot to concentrate on landing. Following a flight path in a north-easterly direction, the aircraft impacted trees at a height of 4.4 metres (m). The Waterford-based Irish Coast Guard (IRCG) helicopter was airborne on a training detail at the time. The helicopter crew heard the MAYDAY call and arrived at the scene within minutes under the self-tasked callsign ‘Rescue 117’. The Pilot of EI-CPI was fatally injured in the accident. There was no fire.

The Pilot was conducting a flight in the vicinity of Abbeyshrule Airfield (EIAB) in Co. Longford. This was his second flight in the Laser Z200 single-seat, aerobatic aircraft which had been delivered to him at EIAB seven days prior to the accident. The flight consisted of circuits of the airfield incorporating a number of landings, take-offs, and aerobatic manoeuvres. While flying on the downwind segment of the final circuit, the Pilot initiated a sequence of aerobatic rolling manoeuvres at a circuit height of approximately 800 ft. Eyewitnesses observed the aircraft entering a steep nose-down flight path. During the attempted recovery, the aircraft appeared to stall and enter the initial stage of a spin. It impacted with terrain in an agricultural field adjacent to the runway, fatally injuring the Pilot. The aircraft was destroyed and there was no fire. 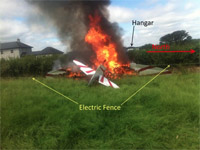 The Pilot had intended performing a flight to Sligo airport. He brought the aircraft out of his hangar to hand-start the engine by swinging the propeller. He set the throttle to ‘a higher than the usual setting’, and set the ignition switch to ‘ON’. There was no one aboard the aircraft, and the aircraft wheels had not been chocked. When the Pilot swung the propeller the engine started and the aircraft commenced moving across the airfield, where it impacted a boundary hedge and overturned. The aircraft came to rest inverted on an electric fence in a neighbouring field. A post impact fire occurred which destroyed the aircraft. There were no injuries. 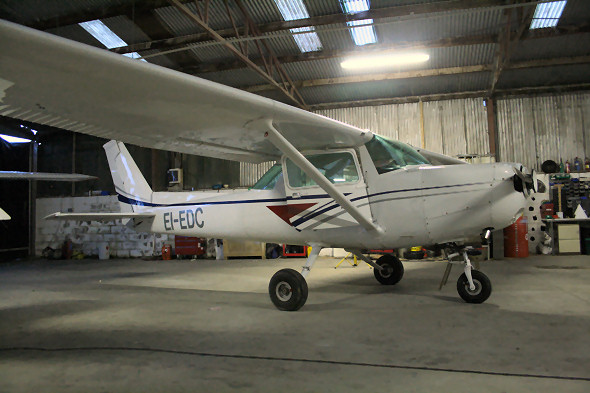 The aircraft departed Weston Airport (EIWT) with the intention of carrying out a solo navigation exercise under Visual Flight Rules (VFR) to Kinnegad, Co Meath, returning to EIWT. Shortly after passing close to the town of Enfield the Student Pilot noted a band of cloud and rain to the south of their position. In order to remain in Visual Meteorological Conditions (VMC), the Pilot elected to divert to Trim Airfield (EITM). Having located what was thought to be EITM, and with poor weather closing in, the Pilot attempted a landing. The aircraft touched down on an area of tilled soil to the south of the prepared grass runway. The aircraft also ‘landed long’, in that it did not touch down at the beginning of the chosen landing area, and due to the soft soil, when the brakes were applied, it pitched tail over nose and came to rest inverted. The Pilot sustained minor injuries.

While on a private flight from Finn Valley Airfield, Co. Donegal, the microlight’s engine cut out when it was over Tory Island, off the north-west coast of Donegal. The engine could not be restarted, which resulted in the Pilot, who was the sole occupant of the microlight, making a forced landing on rough ground adjacent to a roadway on the island. The microlight was substantially damaged. The Pilot sustained minor injuries. There was no fire. 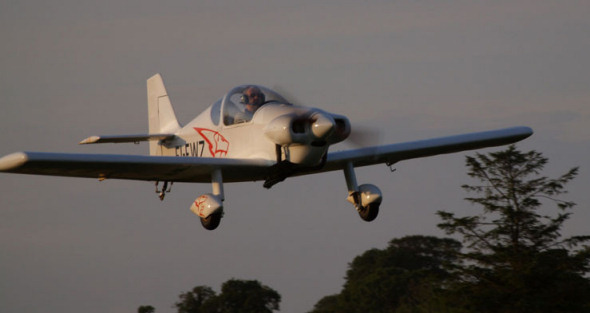 The Colibri MB-2 aircraft took off from ILAS Airfield, Taghmon, Co. Wexford for a local flight. Shortly after take-off the canopy of the aircraft opened unexpectedly. The Pilot, who was the sole occupant, managed to close the canopy but was unable to lock it shut. Whilst holding the canopy closed with one hand, the Pilot completed a circuit and approach back to ILAS Airfield. During the final approach the aircraft flared slightly too high, followed by a hard landing. The aircraft sustained damage to both main wheels, the propeller and the left wing. The Pilot reported no injuries.