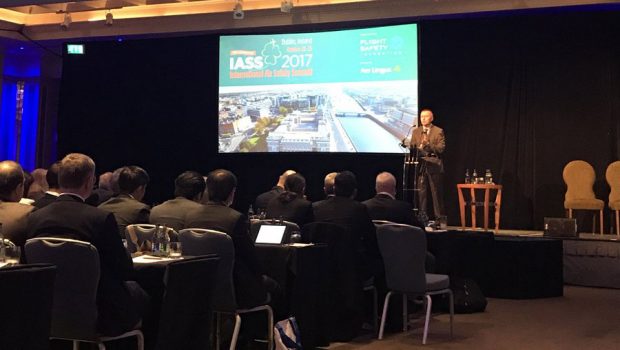 For the travelling masses, the day-to-day news about the air transport industry which is most likely to grab their attention consists of such pressing matters as prices, destinations, delays, baggage allowances and similar immediate concerns. In an era where scheduled flying has become established, mile for mile, as the safest mode of transport, questions of safety don’t loom large in the public mind. But safety, as the old adage has it, is no accident. This fact is eloquently underlined by the presence in Dublin, for three days this week, of over 350 air safety professionals from around the world, who are attending the Flight Safety Foundation (FSF) International Air Safety Summit (IASS). FSF is an international, non-profit organisation conducting research, education, advocacy and publishing in the field of aviation safety.

Drawn from every sector of the industry, including flight operations, engineering, regulatory agencies, air traffic control and other specialist departments, the conference is the world’s most important regular forum for the exchange of news, ideas, and forward thinking about safety factors in the air. In holding the conference in Dubin, Flight Safety Foundation celebrates the 70th anniversary of its own creation, during the post-war dawn of the aviation travel boom. Flyinginireland.com is pleased to bring readers a synopsis of the proceedings at the end of each day. 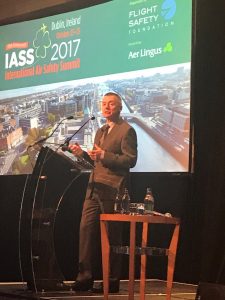 The keynote address on Monday was given by Willie Walsh, CEO of International Airlines Group. A huge conglomerate including British Airways, Iberia, Vueling, Aer Lingus and a number of other subsidiaries, IAG is one of the world’s largest air transport operators. Walsh presented a strong case that cultures are fundamental to safety. He said that one of the principles in the formation and growth of IAG has been the retention of the individual cultures and identities of the various airline components. At the same time, collaboration and open sharing of safety and other operational material, between all the units of IAG has been an essential element in the promotion of safe practices. While companies are encouraged to retain their own cultures, they also must accept a degree of standardisation in equipment and practices, without which benchmarking and comparable safety metrics are difficult to achieve. He entertained the gathering with some scarifying tales of the kinds of operational practice which were acceptable when he started as a junior pilot a number of decades ago. Thankfully, those days are no more. But there is no room for complacency.

During the course of the day, experts in safety from a number of aviation sectors gave absorbing presentations and conducted question-and-answer dialogues with members of the audience. Catalin Radu and Claude Hurley of the International Civil Aviation Organisation (ICAO) then took the podium, to give an interesting summary of the ICAO agenda for safety, including the Global Aviation Safety Plan. A key challenge they highlighted was the recurring difficulty of convincing agencies, governments and other bodies, of the “return on investment” of promoting safety. While everyone agrees it’s a good thing, when it is proposed to spend money in an arena whose benefits are not always visible, the purse strings can be tightened. They underscored upcoming issues such as cyber-safety and cyber-resilience, and posed a stark question: when will we see the first hacked aircraft? 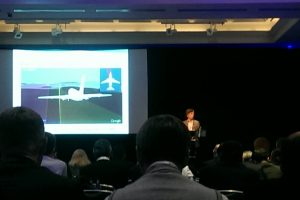 Kathy Fox of the Transportation Board of Canada

Kathy Fox of the Transportation Board of Canada detailed the TSB’s “watchlist”, a summary of the key issues in transport safety in aviation,marine, rail and other sectors, which the Board is prioritising in order to make Canada a safer place in which to travel. Three of these items are within aviation: unstable approaches, runway overruns, and the risk of collision on runways. She outlined various measures the Board is taking or promoting, including increased use of Runway End Safety Areas (RESA). At the same time, she reminded her listeners that regulations are not the only solutions to safety. And even when areas of risk have been identified and agreed by stakeholders, preventive action can still involve lengthy delays. 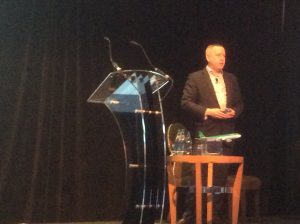 Sean Cassidy of Amazon Prime Air presented a vision of the near future, in which online purchases  will be delivered by unmanned aerial systems, directly from warehouse to home or office. Managing this rapidly emerging logistical technique safely, and integrating it with the requirements of other airspace users, will require a new generation of air traffic management with completely autonomous features, on which Amazon are actively working in conjunction with UAS manufacturers and regulators.

Chris Murray of Rolls-Royce outlined the numerous data innovations which are available for analysis by manufacturer and operators. Chris Solan of GE Aviation Digital Solutions made a convincing case that while flight data gathered during operations is one of the best datasets available to the aviation industry, in fact it is largely corralled in a “walled garden” where flight data analytics are protected, mainly for reasons of personal confidentiality. He advocated solutions to be sought to make it more available for safety analysis, necessitation what he described as “proactive risk management”. He heralded a world of not just corporate but increasingly personal analytics, where individual pilots could review and analyse their own performance free, from concern regarding corporate oversight and possible censure. This would, he stressed, require not just a technical revolution, but also a cultural one.

Mark Millam, Vice President Technical of Flight Safety Foundation, gave the meeting an update on the Global Safety Information Program, an initiative designed by FSF to help the aviation industry harvest and share the vast amount of safety-related information gathered worldwide, and how to learn from what the world is practicing in this arena. He distinguished between reactive, proactive, and predictive orientations to safety solutions. At the same time, he posed a provocative question: how many decisions are really driven by data?

Tzvetomir Blajev and Stanislaw Drozdowski of Eurocontrol described some illuminating information from 3800 pilots who responded to questions designed to explore the reasons for “TCAS Resolution Advisory (RA) Not Followed” events. While qualifying the results as coming from a voluntary survey, they identified the number one cause as being visual acquisition and/or avoidance of the conflicting traffic. This is in spite of studies showing that obeying the TCAS advisory in virtually all cases is by far the safer course to take. Their study recommended the development of tools and procedures that may assist in the prevention and/or mitigation of “TCAS RA Not Followed” events. 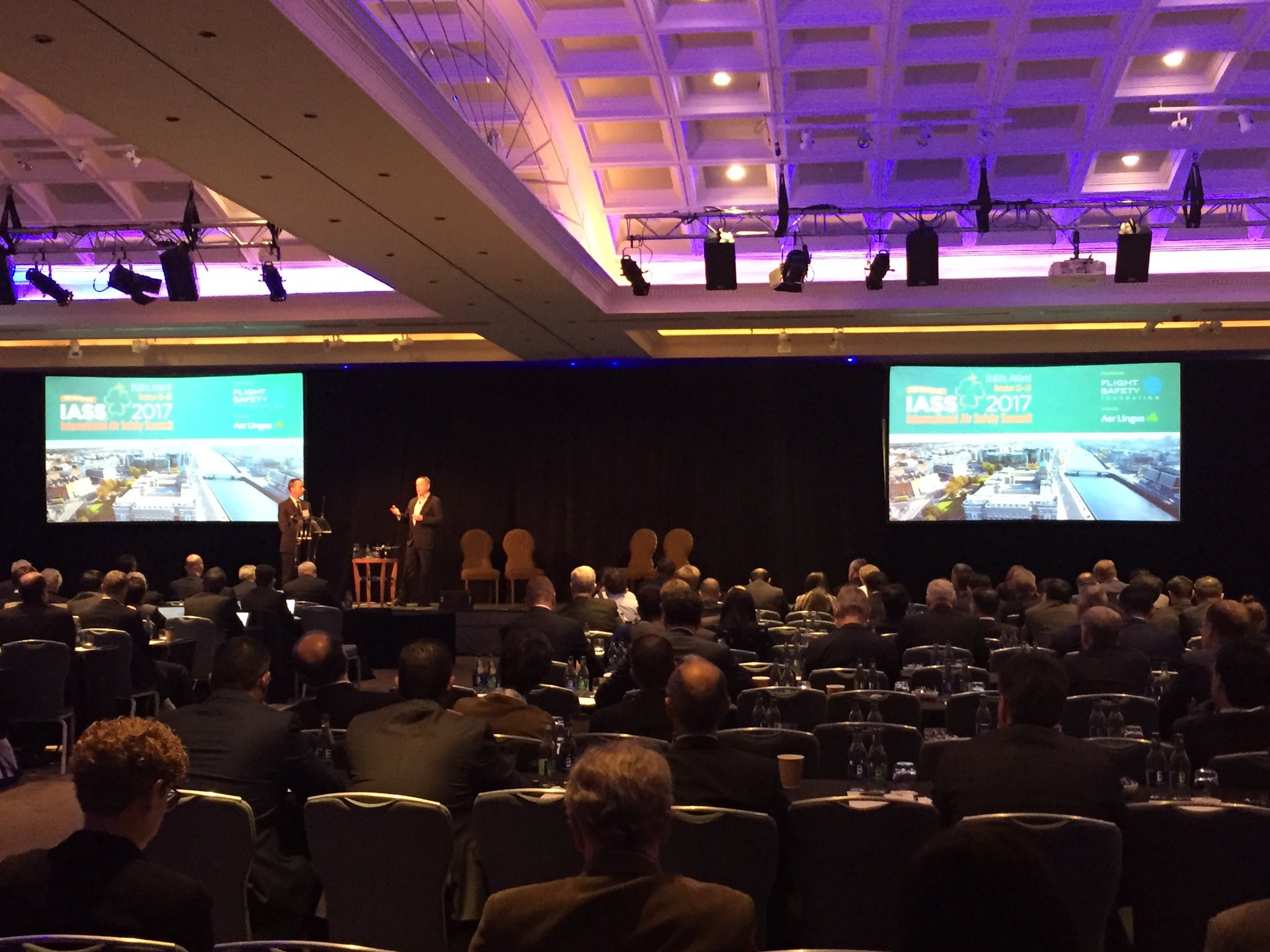 The day’s last session was given by Erik Hollnagel, of the University of South Denmark. An internationally recognised specialist in the fields of resilience engineering and system safety, Prof. Hollnagel drew a distinction between “Safety I” the received idea of safety as based on an analysis predominantly of “snapshots” of what goes wrong, defining safety as the absence of accidents and incidents , and “Safety II”, a viewpoint accepting that what goes wrong, and what goes right, happen for the same fundamental reasons, and defines safety as the ability to succeed under varying conditions. Resilience, the ability to sustain performance in the fact of expected or unexpected events, is a key component of this concept. It is not a property that an organisation has, it is something that an organisation does. Prof. Hollnagel’s presentation wrapped up a stimulating first day of ideas and debate about the concepts and practice of aviation safety.