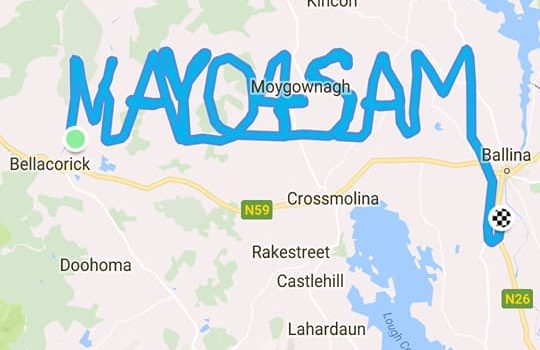 Mayo man Michael Tolan took to the air this morning in his microlight to have a go at some sky writing. Given the day that’s in it, he’s written “Mayo4Sam”, nice one Michael!

Sky writing has become very popular recently with some major companies including Boeing having a go at it but this one over Mayo this morning is one of the best ones we’ve seen. For more information on microlighting in Ireland visit www.nmai.ie