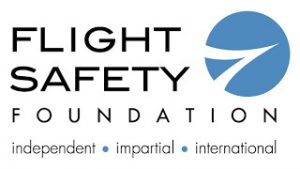 The Flight Safety Foundation announced that the 70th annual International Air Safety Summit (IASS) will be held in Dublin, on October 23–25 this year, and will be hosted by Aer Lingus. This event brings together the best minds in the industry from 50+ countries to exchange information and propose new directions for making the safest mode of transportation even safer. Topics at this year’s summit include human factors, data collection and analysis, training, technology, SMS and a special parallel maintenance track.

“I am delighted and honoured that the Flight Safety Foundation has chosen Dublin as the venue and Aer Lingus as the host airline for the 2017 International Air Safety Summit,” Aer Lingus Chief Executive Stephen Kavanagh said. “Aer Lingus has been a member of the Flight Safety Foundation since 1999 and over the past 17 years has played a very active role in the foundation’s important work. I and my Aer Lingus colleagues look forward to welcoming the delegates next year to our home town of Dublin, the gateway to the North Atlantic.”

Capt. Conor Nolan, the airline’s corporate safety and resilience manager, is a member of FSF’s Board of Governors. He also serves as the chairman of the Board’s Audit and Finance Committee. IASS was last held in Europe in 2010 in Milan, Italy. The Foundation’s European Advisory Committee, along with its International Advisory Committee, will take an active role in planning IASS 2017.

Flight Safety Foundation is an independent, non-profit, international organization engaged in research, education, advocacy and publishing to improve aviation safety. The Foundation’s mission is to be the leading voice of safety for the global aerospace community.

Flying in Ireland is delighted to be a proud sponsor of this event.