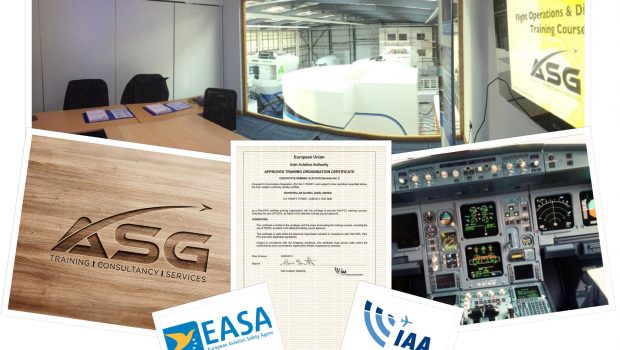 Aerostellar Global (ASG) have announced that they have met the stringent regulatory requirements to operate as an approved training organisation (ATO) (IE.ATO.012) of the European Aviation Safety Agency (EASA). The ATO approval allows ASG to offer both residential (full-time) and distance learning (part-time) ATPL training.

​Incorporated in Ireland in 2015, ASG provides high quality, cost-effective and responsive training, consultancy, and services to both the aerospace and defence sectors. Managed by a group of aviation specialists with unrivalled operational and technical aviation expertise, ASG delivers industry-leading aviation training.

Speaking about the ATO approval, Mr. Diarmuid O’Riordan, Managing Partner at ASG, says “Approval to operate as an EASA ATO is the culmination of significant work in conjunction with the Irish Aviation Authority. The approval adds to the growing list of solutions and services provided by ASG to the aviation industry. In terms of teaching the airline pilots of the future, our training philosophy is quite simple: to provide premium quality instruction which will benefit flight crews throughout their career in aviation; from job interview to line operations as an Airline Pilot, and not simply to “tick the box” to pass the ATPL examinations – although we do know that’s important too! The choice as to where a student completes their theoretical knowledge training is an important one, and the determining factor should be quality”.

ASG instructors are carefully selected from industry, including: current airline pilots, aircraft and avionics technicians, human factors specialists, aeronautical engineers and air traffic controllers. Through such high quality instruction, aside from being more likely to excel at exams, students are more likely to retain this important information, be more prepared to land your first airline job, and to operate more effectively throughout your career as an Airline Pilot.

More information about their courses can be found at www.asg.ie