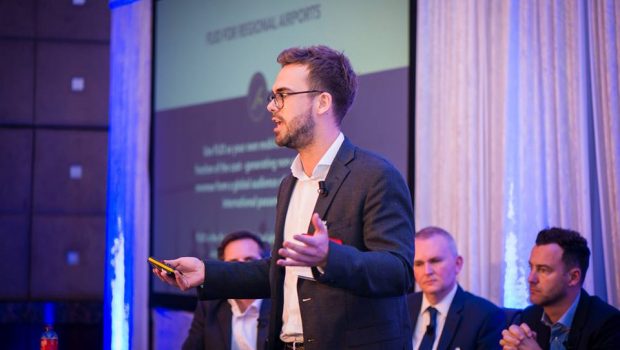 Cork Airport hosted the Airports Council International (ACI) Regional Airports Conference and Exhibition this week. Two hundred delegates from global airlines and airports attended the conference on May 16/17th at Fota Island Resort. The event’s theme was ‘A New Era of Engagement & Digital Innovation’, with a focus on addressing the main challenges faced specifically by regional airports across Europe.

This year marks the tenth year of the ACI EUROPE conference and exhibition, which is dedicated to growth and development of regional airports. The conference is an opportunity for regional airports to exchange knowledge, share best practice and discuss issues of common interest. 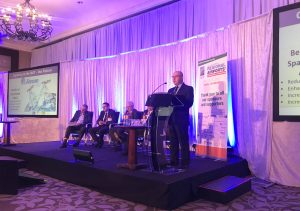 Speakers included Deirdre Clune, member of the European Parliament, Committee on Transport and Tourism, Niall Gibbons from Tourism Ireland, Filip Cornelis, Acting Director Air Transport, European Commission and a host of others from the global aviation sector. Delegates got to sample some of what’s on offer in Cork, with a welcome reception at the Jameson Distillery and the best of local food at a gala dinner at Castlemartyr Resort.

Niall MacCarthy, Managing Director, Cork Airport said “We are delighted and proud to host this very important conference in Cork. Not only is it a fantastic opportunity for delegates, exhibitors and speakers alike to engage and share their views on the future of the industry, it is also a chance for us to showcase the region to a global audience. We have a packed schedule over the coming days for the delegates and I’m very much looking forward to building long-standing relationships with the view of growing our business at Cork Airport. We have had some great success at previous ACI conferences in terms of securing new routes and attracting airlines to the region and I believe this year will be no different”. 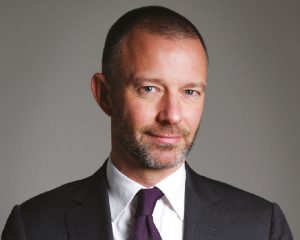 Olivier Jankovec, Director General, ACI EUROPE commented “Many regional airports are now attracting more dynamic passenger growth, but it’s not a free-for-all. Airline partners have become much more discerning about where they establish new routes. Their focus now tends to be on growing larger & established markets in search of higher yields, rather than venturing into new ones. This makes airport competition for new flights and network development fiercer than ever.”

These changes are also driving Low Cost Carriers (LCCs). In fact, these airlines are growing their intra-European route networks at a much slower pace. Over the past 3 years, they have actually reduced their aircraft bases at regional airports by -11%.

Jankovec said “Network development has become more concentrated and less inclusive – leaving smaller regional airports and their communities potentially exposed to losses in connectivity. Since 2008, regional airports have seen their direct connectivity grow by just +10.6% – below the gains achieved by other airports. With the LCC revolution now going long haul, new opportunities are arising for regional airports. Cork Airport is a pioneering example of this, as it is about to welcome both Norwegian Air Shuttle and WOW air’s transatlantic services. This is a fascinating development, but down the line, these opportunities will not apply to every regional airport.”

More than ever, size dictates profitability at regional airports. 53% of airports with less 5 million passengers are loss making – an improvement on previous years, but nevertheless a reflection of the high fixed capital costs involved in operating an airport and the importance of economies of scale. 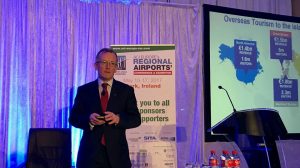 With the clock now ticking for the exit of the UK from the European Union in less than 2 years’ time – this is becoming a deeply concerning and consuming issue for many regional airports across Europe.

With the legalities of the future relationship between the UK and the EU’s Single Aviation Market yet to be devised, the uncertainty will soon cast a shadow on air route development in Europe, as airlines and airports will soon start planning their networks for 2019.

The EU-27’s regional airports with less than 1 million passengers per year are the most dependent on connectivity with the UK (15.4%). Without a clear resolution of that uncertainty in the near future, air transport in Europe risks facing significant disruption – with regional airports and their communities probably suffering the most.

ACI Europe continues to highlight airports’ exposure to Brexit and the potential fallout for air passengers, to the relevant Brexit negotiation teams.

Looking at wider regulatory challenges, Alberto Martin, Chair of the Regional Airports’ Forum and Director of Aena’s Gran Canaria Airport said “We fully support the European Commission’s Aviation Strategy and its renewed focus on growth, jobs and investment. But we are still calling for a better policy framework for regional airports across the board – from airport charges to safety and security. Given the positive externalities airports bring to their communities, we also need a more realistic and less discriminatory approach to European funding for transport infrastructure.”

He added “With more point-to-point medium and long haul flights becoming viable thanks to airliners such as the 737MAX and A320 neo, this means that effective aviation liberalisation really is the way forward for airports and their communities. This is about diversifying our traffic mix, offering more convenient direct connections requested by travellers and ultimately enhancing our business resilience.”

The membership of the ACI covers 450 airports in 45 countries across Europe.