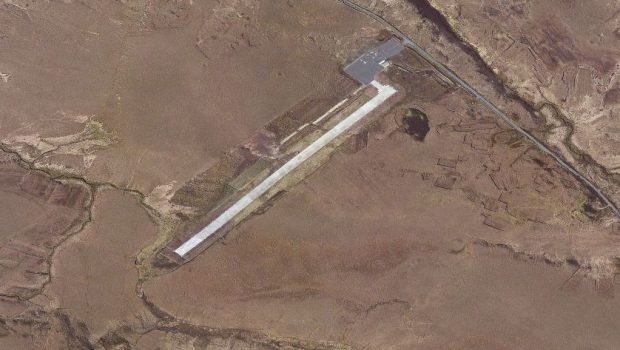 Public consultation on the future of Cleggan and Inishbofin

Calling all pilots!  Minister of State for Gaeltacht Affairs and Natural Resources Seán Kyne TD has launched a public consultation process on the future use of the airstrips at Cleggan and on Inishbofin. The airstrips were developed and completed in 2009 with government funding with the original objective of scheduled air services to Inishbofin. Seán Kyne says his department hopes to gather public views on possible future uses of the airstrips.

Minister Kyne commented “I have launched this public consultation to gather views on possible future uses of the airstrips at Cloon and Laghtanabba, near Cleggan, and on Inishbofin.

“Aside from the possibility of scheduled air services, which was the original intention for the airstrips, other uses that have been considered include the use of the Cleggan site as a base for the Coast Guard. The Office of Public Works conducted a feasibility study on this last year.

“However, I think it is important that the views of local people and local communities be considered and this public consultation process is the ideal opportunity for this. Submissions should include air-related activity for both sites and can be submitted to the Department of Arts, Heritage, Regional, Rural and Gaeltacht Affairs in Furbo or by email to site_consultation@ahg.gov.ie by Friday, 19th May.”

This is your opportunity to comment on the future of these airfield and hopefully have them officially opened to all general aviation traffic. Galway has one of the highest number of licensed airfields in the country but unfortunately many of them are closed to, or restrict, GA traffic. This is our opportunity to have our voice heard and I would urge pilots from all over the country to submit a view.

The origins of this project, was a study commissioned by the Department of Arts, Heritage and the Gaeltacht from Cranfield University, in the early 2000’s, to look at air services for islands. A long-standing air service to the three Aran Islands, which had been developed by Údarás na Gaeltachta, as part of its services in the Gaeltacht, had already been in existence for some years. Speaking to the Public Accounts Committee, on 29th January 2015, Mr. Joe Hamill (Secretary General, Department of Arts, Heritage and the Gaeltacht), explained “Part of the thinking at the time was the development of such an approach. The study also considered Cleggan and Inishbofin. There was already a private airstrip in Cleggan which was used by private businesses. Coming out of the study the idea developed that there would potentially be a service between the mainland and Inishbofin. At the same time there was a proposal to put an airstrip on Tory Island. In a sense there was a general planned look at that stage around what might be possible on some of the main islands, mainly in terms of better access and also potentially for tourism purposes”. 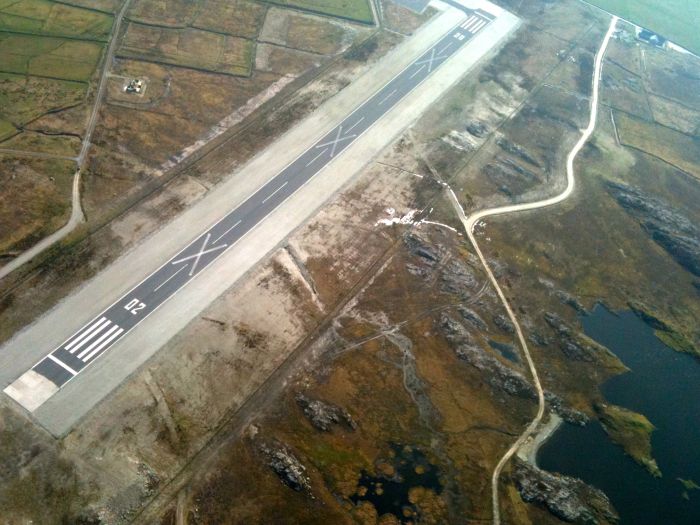 The airstrip at Inishbofin

The two airstrips were constructed, one on Inishbofin and one in Cleggan, at a significant cost of €8.6 million. Mr. Hamill described the facility as, “made of Tarmac and built to a standard that would take small commercial aeroplanes very similar to what Aer Arann has”. This was done at a time, when as the then Minister of State Dinny McGinley put it in December 2013, “when we thought we had unlimited economic resources in this country”, “although later we found out that we did not,” he added ruefully. 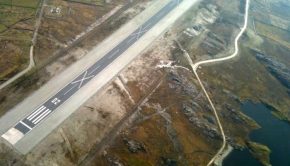 Is the new Government having a rethink on Air Service between Inishbofin and Cleggan in Co. Galway? →