The first Boeing 737 Max to enter scheduled service will be registered in Ireland as EI-FYA (c/n 42830). The Max will be delivered to Norwegian Air International during May and took to the air on its first flight yesterday, 26th April. It departed Renton at 09:57 PDF arriving at Boeing Field 13:01 using the callsign Boeing 301. There, the aircraft will complete its pre-delivery checks and be painted ahead of a delivery date in May although the exact date is to be confirmed.

EI-FYA is not the first 737 Max to be built. Aircraft have already been built for Southwest, Batik Air Malaysia and flyDubai but for one reason or another have yet to enter service. Norwegian will become the launch-customer of the Boeing 737 MAX, with six aircraft due for delivery in 2017 – two in May (EI-FYA and FYB) and four in June. NAI currently operates 57 aircraft on its Irish AOC. Its next aircraft, 737-800 EI-FVS (42087) also completed its first flight yesterday flying from Renton to Boeing Field via Grant County International Airport using the callsign BOE446. 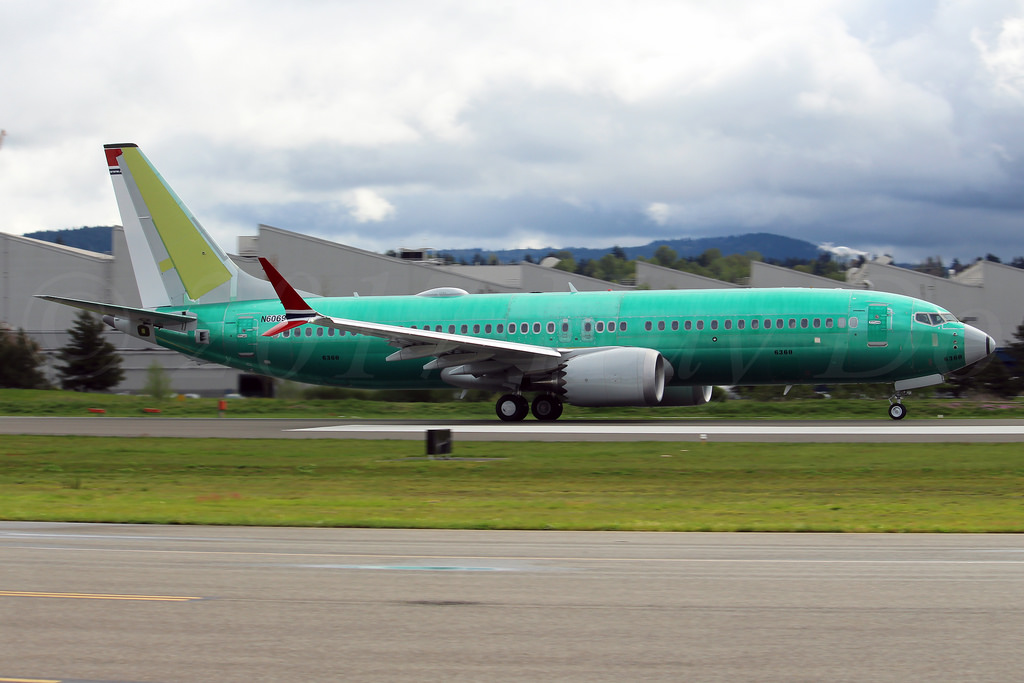 The Norwegian Max takes to the air for the first time yesterday using test reg N60697. Photo by Huy Do.

Norwegian Air Shuttle announced in January that it will be the first to take delivery of Boeing’s new 737 Max airliner, jumping ahead of Southwest Airlines who are now expecting to take delivery of their first Max in July. Southwest has faced obstacles getting the Max into its fleet, first facing a labour dispute with its pilots over pay and the compatibility of the aircraft into its all-Boeing 737 fleet. Southwest is the largest operator of 737’s in the world with an in service fleet of 731. The airline was the launch customer of the 737-NG when it entered service back in 1998 and had long been expected to take the first delivery of a Max after placing the first order for the type back in December 2011.

Norwegian is well known for its unique tail art or “Tail fin heroes” as Norwegian likes to call them. The airline says “When Norwegian’s first 737-300s took to the skies in 2002, we challenged a well-established and long-lasting airline monopoly. It felt only natural for us to adorn the tails of our aircraft with personalities who have pushed the boundaries, challenged the established and inspired others.”

The art has featured mainly Scandinavian personalities from Architecture, Art, Freedom Fighters, Music, Entertainment, Literature, Philosophy, Pioneering, Science and Sport. Earlier this month Norwegian announced that airline entrepreneur Freddie Laker will feature on the tail of EI-FYA while Irish Antarctic Explorer Tom Crean will feature on EI-FYB. Crean, from Annascaul, Co. Kerry, took part in three British navy expeditions to Antarctica with both Robert Scott and Ernest Shackleton, where his exploits earned him several medals for bravery. During one of them, after trekking 1,500 miles across the frozen continent, one of his party collapsed 35 miles from safety. Crean volunteered to take the final 18-hour leg of the journey alone and his action saved his comrade’s life. 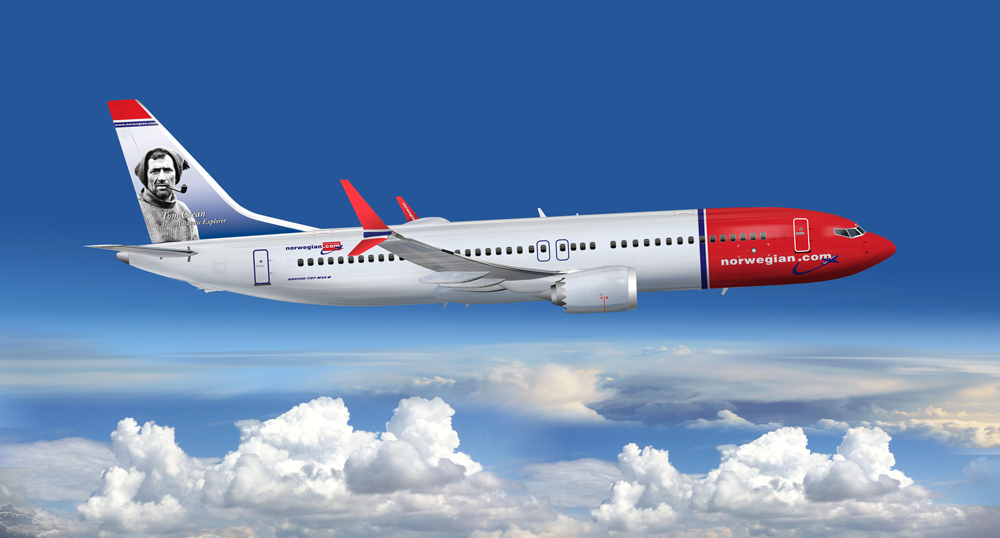 Tom Crean will feature on the tail of the second Boeing 737Max EI-FYB.

The family of Tom Crean said they were delighted at the honour, which they hope will raise awareness both here in Ireland and in the US of Crean’s heroic polar exploits. “Norwegian has always sought to honour iconic figures who embody a pioneering, innovative and inspiration spirit, and Tom certainly had all those qualities. But I can’t help thinking what would Tom make of it all. He’d probably just walk up the field and wonder what all the fuss was about. He was such a modest man.”

“We are the caretakers of his memory and his legacy and we do all we can to preserve and honour his name and memory. It’s sad that it was an airline from another country that was first to do this, but we’re delighted.”

Norwegian CEO Bjorn Kjos said Crean’s strength, stature and leadership qualities perfectly capture the essence of Norwegian’s tailfin heroes. “Tom Crean is an unsung hero and a truly inspirational figure so it is a great honour to have him adorn our aircraft and become our first ever Irish tailfin hero”. 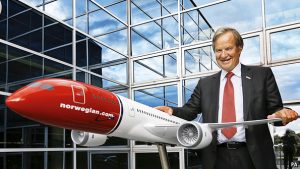 Despite the excitement about the launch of the Max, all is not rosy in the garden at Norwegian. First quarter results published this morning by the airline recorded significant losses in the first part of 2017, even though more and more passengers are flying with the airline.

Norwegian CEO Bjørn Kos said that increased fuel charges, tough competition and an increase in the value of the Norwegian krone against Sterling are all responsible in part for the poor results in the first part of the year. “In this quarter we are particularly feeling the effects of high fuel charges in combination with a strong Norwegian krone against the British pound, euro and Swedish krone, which represent almost half of our turnover,” according to Mr Kos.