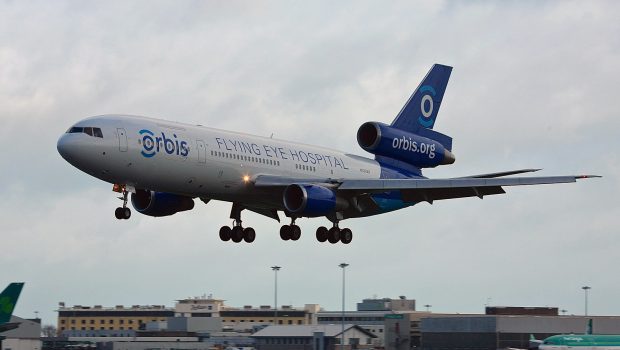 Dublin Airport welcomed a unique visitor yesterday when the Orbis Flying Eye hospital touched down, 10 years after its last visit in 2007. The specially converted MD-10 aircraft is the world’s only fully accredited flying eye hospital, making it possible to bring ophthalmic training and sight-saving care to isolated communities across the globe.

The purpose of the aircraft’s visit to Dublin is to raise awareness and much needed funds to allow Orbis continue its work in the developing world. Welcoming the Orbis Flying Eye Hospital, Dublin Airport Managing Director Vincent Harrison said: “Once again we are very proud to host the Flying Eye Hospital and to support the work that Orbis carries out in saving sight around the world.

During its time here, Orbis is arranging tours of the aircraft beside the Cityjet Hangar from March 2nd to 5th. While these tours are now full, there is an opportunity to join a waiting list should spaces become available. Please click here for details. 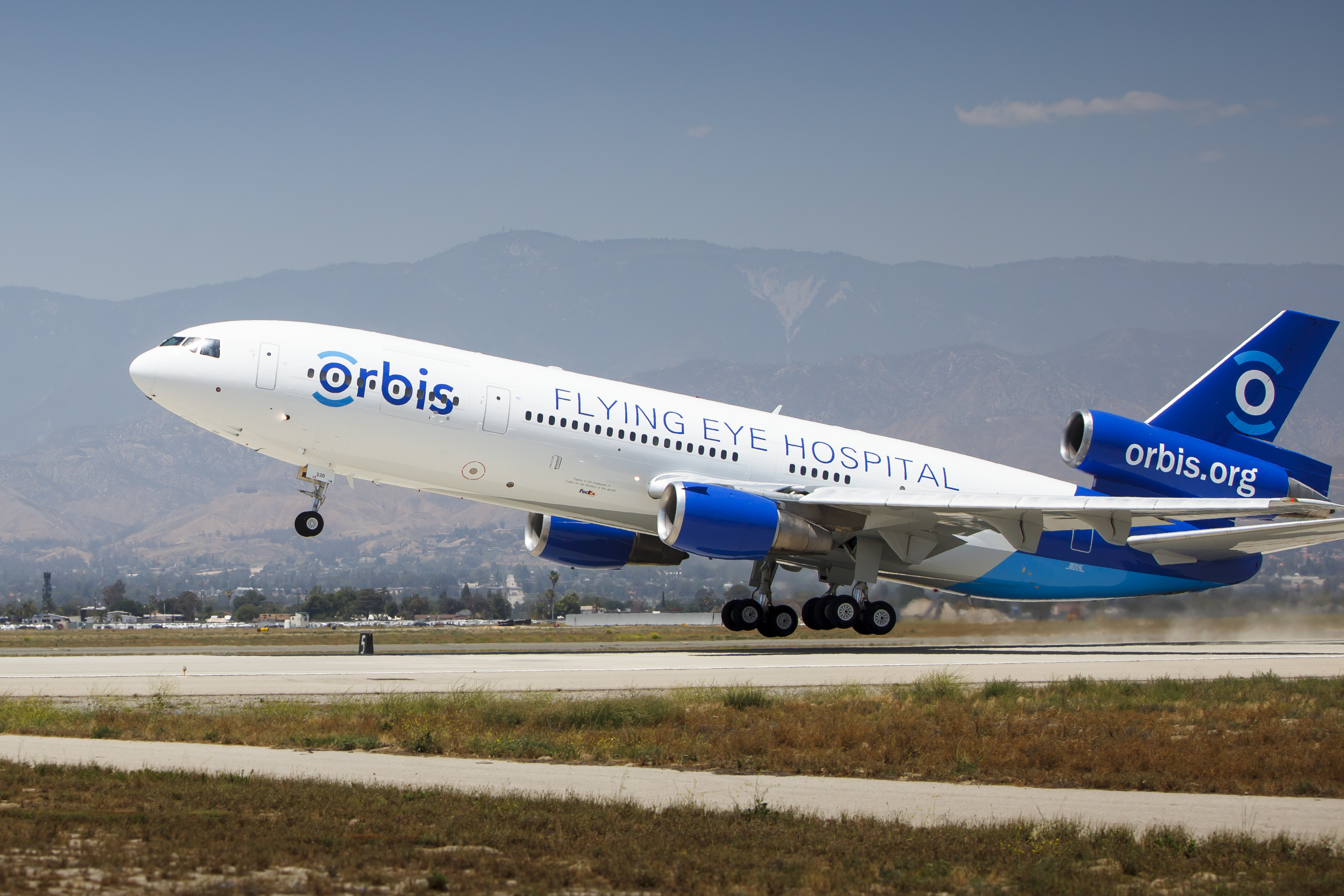 The Flying Eye Hospital is the world’s only state of the art teaching eye hospital on board an MD-10 aircraft. It is equipped with everything needed to unite the world to fight avoidable blindness. The plane provides hands-on training to local eye care professionals in the heart of under resourced communities around the world. Not only does it ensure a sustainable eye care legacy is left in its wake, it acts as a flying ambassador waving the flag for improved eye care services wherever it lands.

The MD-10 is a retrofit cockpit upgrade to the DC-10 and is re-designated the MD-10. The upgrade includes an Advanced Common Flightdeck (ACF) used on the MD-11 and was launched in 1996. The new cockpit eliminates the need for the flight engineer position and allows a common type rating with the MD-11. The MD-10 conversion now falls under the Boeing Converted Freighter program where Boeing’s international affiliate companies perform the conversions.

The aircraft itself, N330AU, was generously donated by FedEx and custom designed to incorporate the latest in avionics, hospital engineering, technology and clinical expertise. It includes a fully accredited surgical suite, treatment rooms and a 46-seat classroom: a hub for skills transfer, learning and innovation. It has the latest in 3D technology and broadcasting capabilities ensuring that Orbis can train more doctors, nurses and medical professionals than ever before.

History of the Flying Eye Hospital

In 1980 Eddie Carlson, former chairman of United Airlines, agreed to donate United’s oldest DC- 8 aircraft to the Project. With a grant from USAID and funds from private donors, extensive modifications were made to the plane to convert it into a fully functional teaching eye hospital. Staffed by a highly-skilled team of ophthalmologists, anaesthesiologists, nurses and biomedical technicians, the Orbis DC-8 Flying Eye Hospital took off from Houston, Texas for its first program in Panama in the spring of 1982.

By 1992 the DC-8 was more than 30 years old, and replacement parts were becoming more difficult and expensive to obtain. Orbis programs were also expanding in scope, and it became clear that a newer, larger aircraft was needed to replace the DC-8. In 1992, with donations from three very generous individuals, Orbis purchased a DC-10, which had more than twice the interior space of the original plane.

This Third Generation Flying Eye Hospital is an MD-10 aircraft (N330AU) that can fly nearly twice as far as its predecessor. It only requires two pilots instead of three and incorporates some of the most sophisticated ophthalmic training equipment in the world. The aircraft is flown by a team of volunteer FedEx pilots. 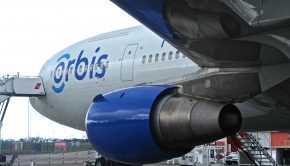 On board the ORBIS Flying Eye Hospital →