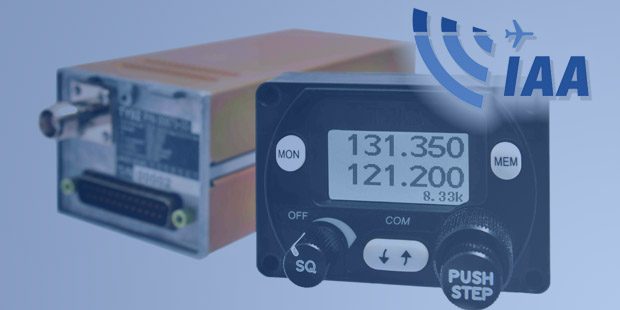 European Regulation (EU No. 1079/2012) requires that all radios used for air-ground voice communication be capable of using frequencies spaced at 8.33 kHz intervals from 31st December 2017. The radios have been required on aircraft operating above FL195 and IFR flights in Class A, B or C airspace, for a number of years. The sale of new non-compliant radios by manufacturers has also been prohibited in the EU. The final phase of this regulation is to incorporate all radios, irrespective of the class of airspace.

The shortening of the channel spacing allows for an increased number of channels to be allocated. In some European countries there is a shortage of radio frequencies available for use, which has become problematic. This shortage is called Frequency Congestion. Reducing the spacing from 25 kHz to 8.33 kHz will allow for the creation of three channels where before there was only one.

While the Regulation acknowledges that the requirements for general aviation aircraft operating under Visual Flight Rules (VFR) to be equipped with radios with 8.33 kHz channel spacing capability will impose a considerable cost with limited operational benefits, the frequency congestion problem is a concern in central Europe. The regulation allows Member States to grant exemptions from the requirement for safety reasons or where such exemptions will have limited impact on the network. Ireland does not appear to suffer from frequency congestion at the moment.

The IAA reviewed this requirement and its effect on General Aviation in Ireland. They found that one solution for pilots operating in Class G airspace would be to “remove the [non-compliant] radio completely.” This, they noted, would be “a retrograde step in terms of aviation safety.”

As a measure to ensure aircraft, which are not equipped with 8.33 kHz channel spacing capable radios, continue to access Flight Information and ATC Services, the IAA has issued an exemption for aircraft operating below FL195 (except IFR traffic in Class A, B or C airspace and operational control communication frequencies), and the ground based radios using the same frequencies. This only applies to aircraft operating within the Shannon FIR.

The IAA are quick to point out that this exemption will be reviewed regularly and may be revoked or amended. Presumably, the IAA will be monitoring for any significant changes whereby frequency congestion could become an issue. They encourage pilots to upgrade their radio, where necessary.

The exemption means that all pilots/aircraft owners are not obliged to have an 8.33 kHz spacing compliant radio (or no radio in Class G airspace) before 31st Dec 2017. However, there are still some rules in effect that could result in you needing a compliant radio.

8.33 kHz spacing compliant radios can still receive and transmit on the same frequencies as the 25 kHz radios, and a few more. However, using a 25 kHz or 50 kHz radio where 8.33 kHz frequencies are used could result in you inadvertently stepping on adjacent frequencies; so be cautious!

When flying in other-than-Irish airspace, pilots must check the radio equipage requirements for where they’re flying. The UK CAA’s website says that they have “identified a small number of common frequencies that may qualify for a temporary exemption from the 8.33 kHz implementation.” It’s not yet  clear which frequencies will be available on 25 kHz in UK airspace from 1st January 2018. The CAA are encouraging people to buy compliant radios early as demand may exceed supply.

EU funding is available to aircraft owners and pilots. A maximum of 20% of gross cost can be refunded. The UK CAA have successfully secured funds for UK registered aircraft. EuroControl have put in place a special dedicated online platform with the aim to provide the GA community with: