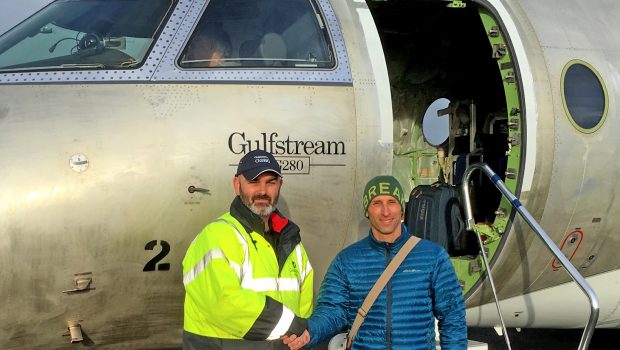 Global Trek Aviation General Manager Gordon Bingham with Captain Roy Horowitz, super-midsize cabin Gulfstream 280 test/ferry pilot at the GTA FBO, Belfast International Airport this morning. This is the latest G280 to transit the GTA facility at EGAA on its way to the Completions Center in the USA. The G150 mid-size cabin series is also a regular stopper at GTA facility at EGAA for fuel & crew rest. Gordon will be at SDC2017, come meet him at Booth 1928. 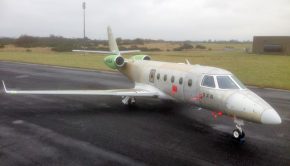