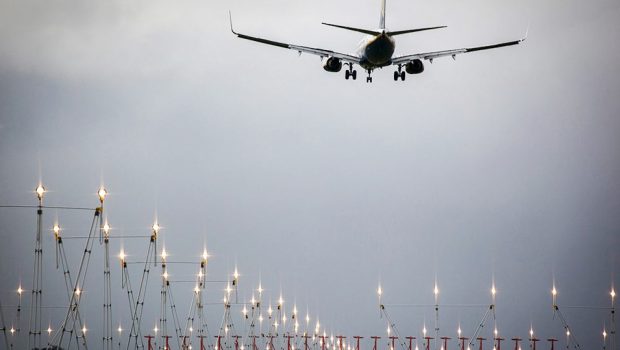 On 11th November, the Department of Transport, Tourism and Sport, published a request for tenders (RFT) for A Review of Future Capacity Needs at Ireland’s State Airports.

In the case of Dublin Airport only, the study is expected to recommend the timeframe for the development of new terminal capacity – Terminal 3 – and its appropriate design and optimum location. Tenderers will also be asked to assess the relative advantages and disadvantages of the funding and operation of Terminal 3 by the existing airport operator in comparison to being operated on an independent basis.

This review was originally announced by the Minister for Transport, Tourism and Sport, Shane Ross TD on 22nd September and concerns the long-term development of Ireland’s State Airports (Dublin, Cork and Shannon) to 2050.

On publication of the RFT Minister Ross said; “As an island, airports are vital to Ireland; we depend on air travel and aviation for our links with the rest of the world, both socially and economically. Aviation supports our trading relationships and employs tens of thousands. Tourism, our largest indigenous industry, employing over 200,000 people, relies heavily on air travel. In 2015 we welcomed over 8.6 million overseas visitors, most of whom will have arrived in Ireland through Dublin, Cork or Shannon airports. 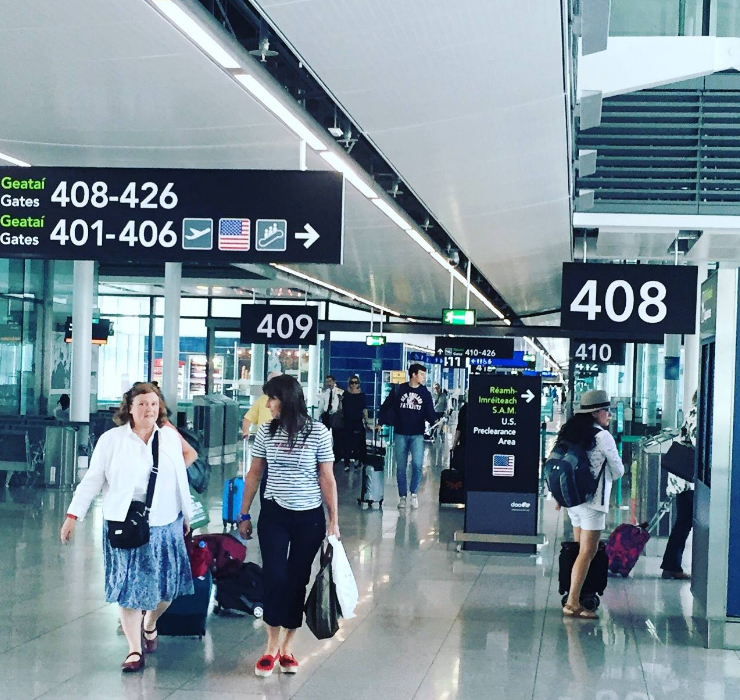 Irish airports, and Dublin Airport in particular, are experiencing a strong return to growth and we need to have a clear and coherent vision for the future. To ensure that our airports are prepared for the longer term, I have asked that this review consider the development of the three State Airports to 2050. Consultants will also be asked to identify and prioritise new infrastructure which will be required in the coming years.”

The RFT is seeking tenders for consultants to analyse, for each of the three airports, the capacity requirements to meet forecasted passenger throughput to 2050 and to identify priorities for infrastructure provision.

Further information on the Request for Tender is available on the Department’s website and the Government’s procurement website www.eTenders.gov.ie.

The Minister’s comments that Irish airports are experiencing a strong return to growth, is borne out by figures published by each of the state owned airports, which show that collectively they handled almost 3 million passengers, in the first nine months of 2016. Dublin led the way with 2,569,228, followed by Cork with 198,242 and Shannon with 168,899.

This strong growth was also evidenced by figures released by the Irish Aviation Authority (IAA), on 10th November, which indicated that 2016 continues to surpass previous years in terms of air traffic handled. The amount of traffic safely handled by air traffic control climbed by 7.4% in October to 99,029 flights, compared to the same month in 2015. This brings total air traffic handled by the IAA from January-October 2016 to 944,611, up 8.6% against the same period in 2015.

Eamonn Brennan, Chief Executive of the IAA said, “Heading into the winter period, air traffic demand remains strong in virtually all areas. With almost 950,000 flights safely handled already this year, I expect us to surpass the one million mark in the next couple of weeks. We’re nearly 9% ahead of where we were this time last year. It’s very encouraging news and a good reflection of the state of the domestic economy as well as demand for air services on the Transatlantic.”

The trends in the passenger numbers was reflected in the number of commercial movements at the three airports, which totalled almost 217,000, between January and October 2016, up 8.7% on the same period in 2015. Details are given in the table below:-

During October, Dublin had an average of 591 daily commercial terminal flight movements, Cork had 53 and Shannon had 55.

In addition to the good passenger and commercial movements figures, the latest official data on overseas travel from the Central Statistics Office (CSO), showed an increase of 12% in overseas visits to Ireland, for the first nine months of 2016, compared to the same period of 2015.

Commenting on the figures, Minister for Transport, Tourism and Sport, Shane Ross T.D said: “We have been fortunate to enjoy consistent increases in terms of overall visitor numbers to Ireland and foreign revenue earnings in recent years. The first nine months of 2016 have continued this trend with a growth in visitor numbers of 12.0% compared to the same period in 2015. Our challenge now is to maintain this growth. Budget 2017 reflects the government’s commitment to support the development and sustainability of Irish tourism. The 9% VAT rate was retained and funding of €122 million for the tourism programme will allow Fáilte Ireland and Tourism Ireland to develop Ireland’s tourism industry by further enhancing the experience brands and marketing Ireland effectively overseas and domestically. I was delighted to hear that Ireland was voted the Best International Destination at this year’s Group Leisure Awards in Britain. Accolades such as this will continue to encourage visitors to make the trip to Ireland from overseas.”

Patrick O’Donovan TD, the Minister of State for Tourism & Sport statistics, was keen to point out that preparations for the impact of Brexit are continuing, at both political and official level, so that Ireland is ready for the challenges, which it may bring for Irish tourism. He added; “I welcome the recent announcement of the Tánaiste and Minister for Justice and Equality, Frances Fitzgerald T.D., to extend the Irish Short-Stay Visa Waiver Programme which will help promote interest in Ireland to visitors from the eighteen countries involved in the programme. I also welcome the Household Travel Survey results published recently by the CSO, which show that our home holiday market is also growing strongly. Domestic holiday trips in the first half of 2016 increased by an impressive 11%, while domestic holiday expenditure increased by 12.5%, compared to the same period in 2015”. 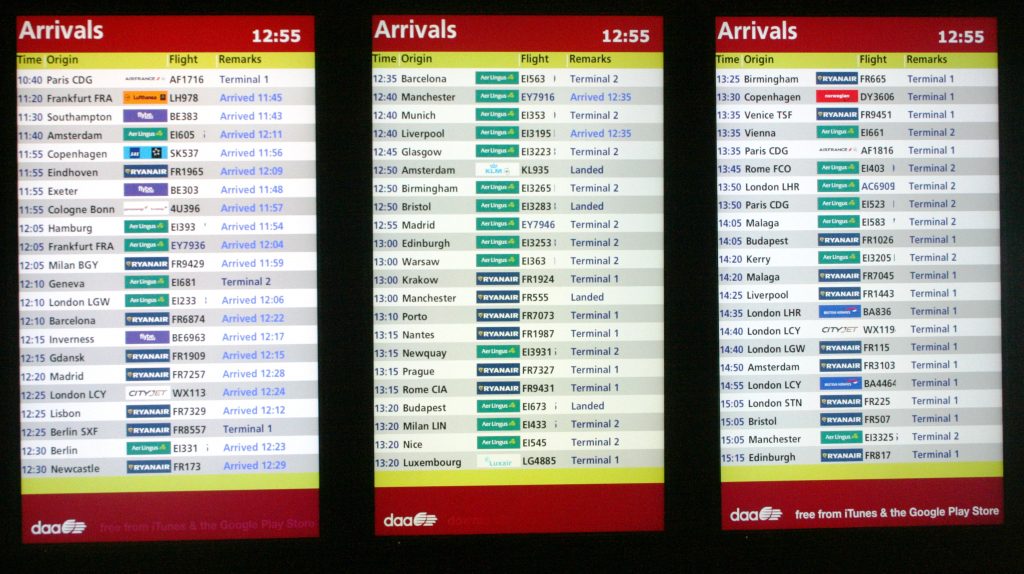 Commenting on the CSO figures, Niall Gibbons, chief executive of Tourism Ireland, added: “We have seen exceptional results from North America for January to September – up +15.4% on the same nine-month period in 2015. I also welcome the strong increase in British visitors (+13.2%). Mainland Europe has also turned in another excellent performance (+10.6%); with important markets like Italy, Spain, France and Benelux all recording really good growth. We are determined to ensure that growth continues. Upcoming promotions – including a significant presence at World Travel Market in London, with about 70 Irish tourism partners; a sales mission to Australia and New Zealand; and our ‘Jump into Ireland’ travel trade and media blitz to the west coast of the United States next month – will help to keep this momentum going and deliver further success in 2017 and beyond.”

Shaun Quinn, CEO of Fáilte Ireland, welcomed the figures but counselled: “Our own Fáilte Ireland research is already indicating some softening in the British market and this indicates that tourism businesses may need to plan for a changing trading environment. Not only must the Irish tourism sector remain competitive but those businesses highly dependent on the British market should now plan for a greater emphasis on the still lucrative and more stable European market.”