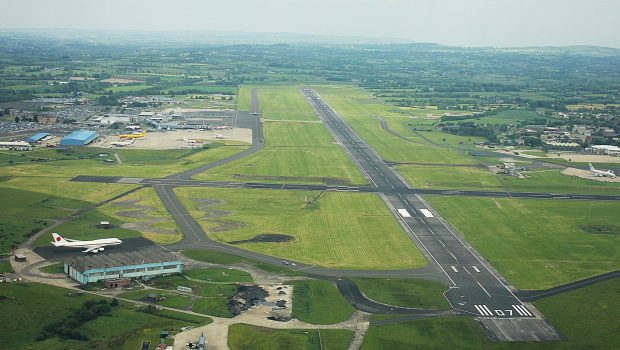 In his statement, he said: “The facts are straightforward. The European Commission informed United Airlines that, in its view, the support package for the Belfast- Newark service constituted state aid. That was conveyed at a meeting at which my Department was represented along with United.”

“The Commission was also poised to trigger a formal investigation into a complaint received about the Executive package.”

“Faced with the Commission’s starting viewpoint and the likelihood that this would be confirmed in the formal investigation of the complaint, United took the decision to end the service.”

“I deeply regret that decision, but that does not mean we were wrong to try to save the route.”

“Our critics have to decide if they are complaining about the loss of the route or our attempt to preserve it. They can’t have it both ways”.

The Minister also published United Airlines letter to Invest Northern Ireland, dated 4th November, informing them of its decision. The following is the text of that letter:-

United is making this decision pursuant to Section 9 of the Agreement as a result of a clear communication from the European Commission that it considers payments to United under the Agreement to be incompatible state aid. The Commission Communicated this position at the October 27th, 2016 meeting in which both United and the Northern Ireland Government participated. 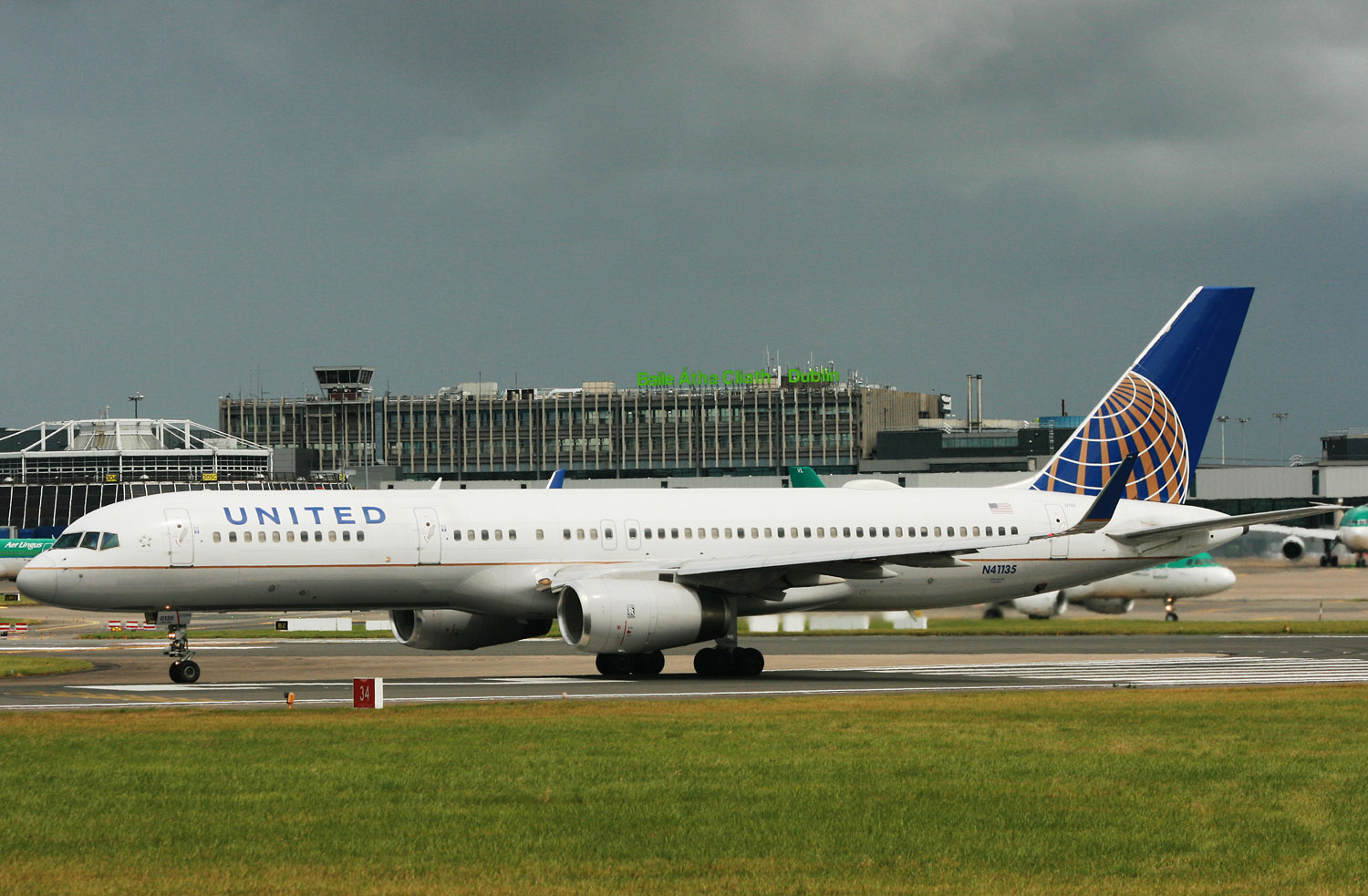 United will cease services from Belfast on January 9th, 2017.

United disagrees with and regrets the Commission’s viewpoint given the effort we have all undertaken to maintain Newark/New York – Belfast service. United plans to cease ticket sales in the coming; days and plans for the last departure from Belfast on January 9th, 2017. United cannot maintain the service given the historic financial losses already accumulated and the forecast for continued poor financial performance- further, United needs to move quickly to terminate services so that customers holding bookings can be managed in the best way possible.

As required by the Commission, United will work to pay back immediately the funds that Invest NI has transferred to United plus interest- This is without prejudice to our position that the funds provided under the Agreement are not incompatible state aid”.

Minister Hamilton makes his case to the Assembly 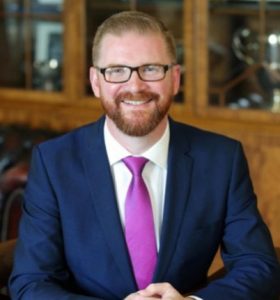 Minister Hamilton’s position, as outlined to the Northern Ireland Assembly on 7th of November, was that his Department, was “not obliged in this case to notify the European Commission of the support to United Airlines, as it was our view that the agreement did not meet the criteria to be considered as state aid and therefore did not require Commission approval”. This position can best be described as naïve, particularly as the Minister indicated that United was of the view, that the agreement “required engagement with the Commission to confirm the position on state aid”.

In August his Department “indicated to the Commission” that they would engage on the agreement, but it was only in September, after the agreement had been signed, that his Department provided “a paper that had been agreed with United setting out, for the purpose of getting certainty on the position, the case for support”. One would have thought it prudent to seek the Commission’s view first, if only to ensure that if it had any particular issues or conditions arose, then they could be incorporated into the agreement. One could characterise the Government’s decision as to ‘seek forgiveness rather than permission.’ while United certainly opted to be ‘safe rather than sorry’.

In his defence, the Minister asked members to recognise the tight deadline set by United to agree support for the route adding: “When United indicated to us during the summer that it was considering reallocating the plane, we had to act quickly to put in place an agreement to sustain the route, and that was achieved in mid-August. Given the deadline for putting the support in place, there was no opportunity during that period to engage with the Commission before then”.

Somewhat contradictorily, he went on to say that, “from the outset” they had recognised “that the agreement would be of interest to the Commission and other airlines, and therefore the value of meeting the Commission. The meeting took place on 27th October and involved officials from my Department and representatives of United. At the meeting, my Department was informed for the first time that a complaint had been received by the Commission.”

As noted above, the Commission also indicated that it was under a duty to investigate the complaint and that its initial assessment, although not a formal legal position, was that state aid was present. In the light of the Commission’s viewpoint on the support, United decided to terminate the agreement and returned in full, the one payment of $1 million (around € 923,165) that had been made. 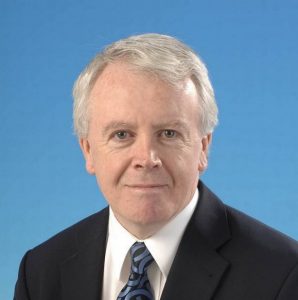 Given the earlier comments of NI Auditor General, Kieran Donnelly, when he appeared in front of the NI Public Accounts Committee (NIPAC) on 14th September, it is obvious that there were concerns both in his office and within the Minister’s Department and its Permanent Secretary.

Suggesting that the complaint had come from Dublin, Mr Hamilton said that Members know that state aid is built upon unfair competition. He went on to say; “We did not believe that a situation where we have only one daily flight – seven flights a week – to the States was in any way unfair competition with an airport in Dublin where there is, I think, 155 flights a week. Clearly, no other airports in Northern Ireland – the City of Derry Airport or Belfast City Airport – provide flights to North America. Therefore, we did not think that there was an issue around state aid and competition. That was the no-aid argument that was put to the European Commission at the insistence of United Airlines”.

He added; “Another one of the oddities of the European Commission’s process is that we, who have put the package of support in place, are not allowed to know who our accuser is. We could surmise and suggest who it might be. It could possibly be another airport” although he suggested that “more likely, it was another airline.” Aer Lingus, American???

Nevertheless, commenting further on the impact of Dublin, he said: I think that we all have concerns about the impact that Dublin Airport is having. We need to start seeing it less as our direct competition. It is an airport that has, I think, 30 million passengers going through it annually versus roughly 10 million passengers going through Northern Ireland airports combined, although that has been on the rise. What we need to do, and what I will seek to do in this post, is try to get the airports – I know that they see themselves as being in competition, and they are, in many respects – to work more closely together, treat them all collectively as strategic assets for the Northern Ireland economy and get them all to work for what is best for Northern Ireland without always looking over our shoulder at our perceived competition in Dublin”.

An aerial view of Belfast International Airport terminal and apron