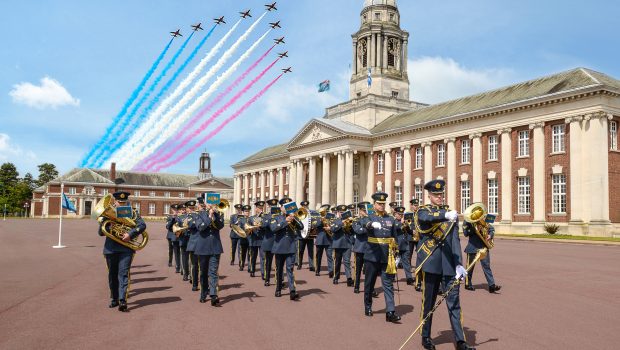 Further contracts announced as part of the RAF modernisation process

On 3rd November, CAA International (CAAi) announced that it had been awarded a new 5-year contract by the Ministry of Defence (MoD) Strategic Transport & Air-to-Air Refuelling Project Team (STAAR PT), to provide airworthiness regulatory oversight support of its Airbus A330 aircraft, known as ‘Voyager’ in RAF service, and which are on the UK Military Aircraft Register (MAR). 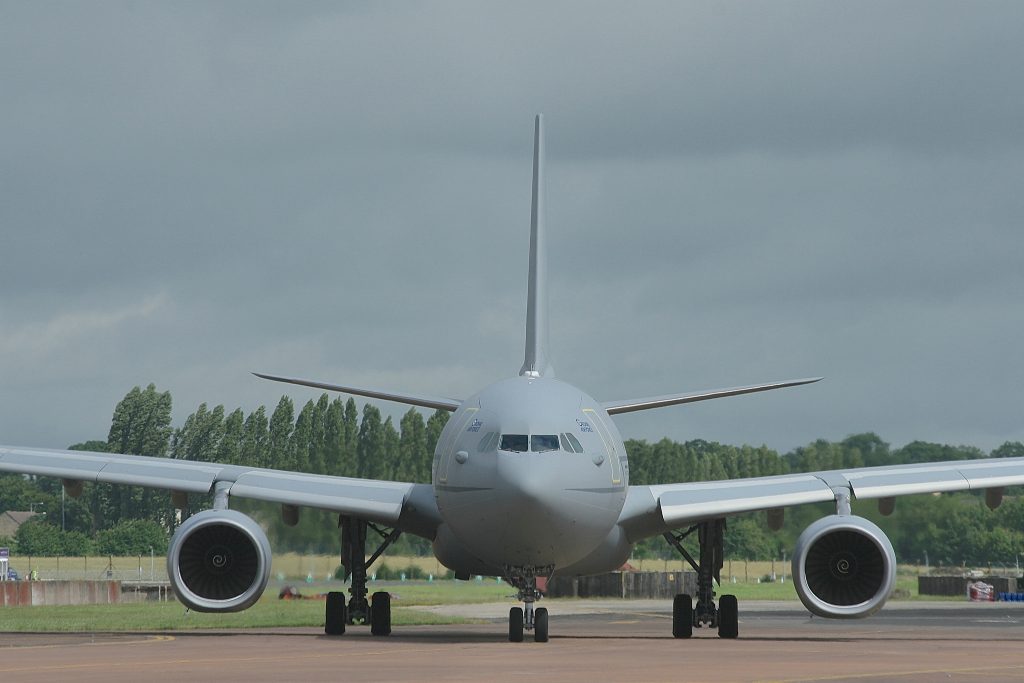 This follows the delivery on 13th July, of the last of 14 aircraft, which provides the Royal Air Force (RAF) with Strategic Air Transport and Aeromedical capability, as well as an extremely effective Air-to-Air Refuelling asset. Two variants are in service, the KC2 which is a two-point tanker, equipped with 1 FRL Mk32B 900E pod under each wing and the KC3, a three-point tanker with an additional centre line hose, for larger ‘receiver’ aircraft.

CAAi is a globally recognised aviation consultancy and is part of the UK Civil Aviation Authority (UK CAA) International Directorate, which offers advisory services, professional training and aviation examination services. Drawing on the experience and know-how of technical professionals – current regulators and project management specialists, CAAi delivers tailored solutions shaped to meet the needs of all sectors of the Aviation Industry.

CAAi will use CAA Airworthiness Regulators to ensure that the aircraft, when in military service, are maintained and operated safety, meeting the equivalent standards for civilian aircraft under UK CAP 562, Leaflet B40. CAAi’s regulatory support will also facilitate the aircraft transferring to and from the MAR and UK Civil Aviation Register (CAR).

Stephen Long, CAAi Manager of International Operations said, “We have been working with the STAAR PT since 2011 and we are delighted to agree a new 5-year contract to continue this important work. The A330 Voyager aircraft is a vital air-to-air refuelling asset for the RAF. Our oversight support plays a key role in ensuring the aircraft are maintained safely and in accordance with international standards”.

The deal with Raytheon UK will provide the Sentinel aircraft with in-service support and maintenance, meaning it can continue to meet the RAF’s operational requirements. With the ability to gather intelligence on enemy movements and track specific targets, the Sentinel remains a key element in the UK’s operations against Daesh (also known as ISIS – the Islamic State of Iraq and Syria) in Syria and Iraq.

In a comment Minister Baldwin said; “Sentinel aircraft provide vital intelligence to our Armed Forces, giving them the ability to make decisions that helps keep Britain safe, including on current operations against Daesh. As part of our £178 billion (around €200.5 billion) equipment plan, this contract is supported by a Defence budget that will rise every year until the end of the decade, meeting the NATO commitment to spend 2% of GDP on Defence. This new support contract will sustain 160 jobs across the UK and demonstrates the very tangible benefits which Defence is bringing to the nation’s economy.”

The new contract to provide support for the aircraft for the next 5 years is expected to sustain around 120 jobs at RAF Waddington in Lincolnshire and 40 roles at Hawarden Airfield near Broughton, North Wales.

“This support contract demonstrates how we are working collaboratively with industry to sustain UK jobs and to ensure our equipment remains fit for purpose and continues to meet the needs of our military customers.” added Chief Executive Officer of the MOD’s Defence Equipment and Support organisation, Tony Douglas. 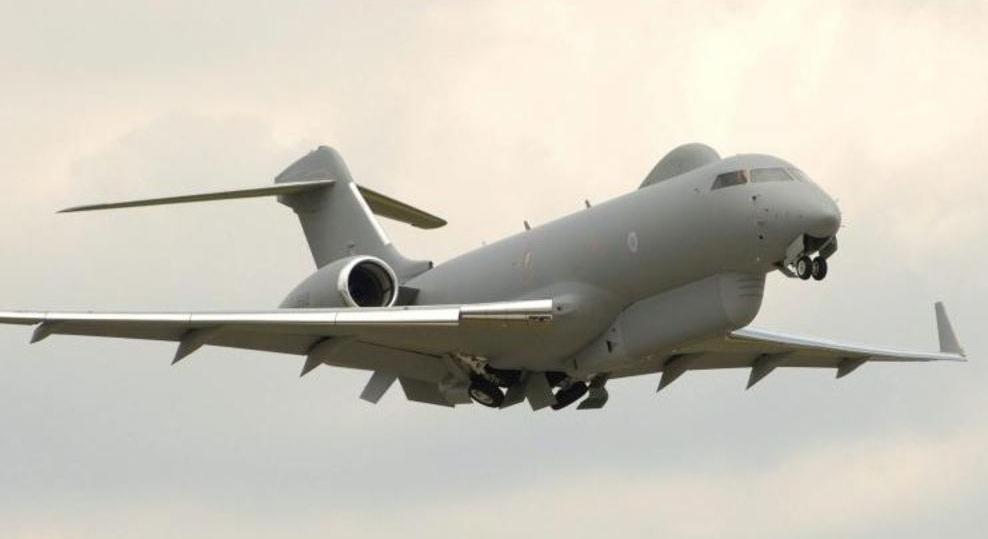 The Sentinel system provides an ‘eye in the sky’ airborne mission management system that gives troops persistent, wide-area, all-weather surveillance and it consists of Air, Land and Support segments. The Air segment consists of five converted Bombardier Global Express aircraft, named the Sentinel R1, fitted with a Dual Mode Radar (DMR). This radar is similar to the U2 ASARS radar, and collects SAR imagery and GMTI data. The mission of the aircraft is to use its air to ground search capabilities, by scanning areas from a safe distance to protect the Armed Forces in delivering actionable, accurate information. The aircraft have served on numerous operations, including Afghanistan and as part NATO operations in Libya in 2011.

The Land segment consists of 2 transportable Operational Level Ground Stations (OLGS) and 6 mobile Tactical Ground Stations (TGS). These ground stations (GS) are connected to the aircraft via data links and provide Near Real Time (NRT) intelligence to commanders and their staffs at multiple levels of command.

The Sentinel system, which entered service in December 2008, is the most advanced long-range, airborne-surveillance system of its kind in the world, but at a programme cost of £850 million (around €957.3 million), it did not come cheap. In addition there is an existing support contract covering 3,200 flying hours per year, with average running costs of £54.4 million (around €61.3 million) per year.

In 2010 the UK Conservative-Liberal Democrat coalition government’s Strategic Defence and Security Review (SDSR) announced its intention to “withdraw the Sentinel airborne ground surveillance aircraft once it is no longer required to support operations in Afghanistan.” That decision was reversed in 2014 by Prime Minister David Cameron and in the 2015 SDSR, when the British government announced that the type’s retirement would be delayed and that it would remain in service “into the next decade”.

Also on 28th October, the UK Secretary of State for Defence, Sir Michael Fallon MP, visited RAF College Cranwell to see at first-hand the excellent work undertaken there, to attract, recruit, select and train high calibre personnel. He also had the opportunity to meet with a broad cross-section of them.

During a busy programme, he discussed the RAF recruitment programme, which is delivering an increase in the numbers entering the RAF, before moving across to meet senior staff responsible for Initial Officer Training. Later in the afternoon, the Defence Secretary was briefed by staff of No 3 Flying Training School (FTS), before going on an air experience flight in a Tutor. The Tutor aircraft is used to for initial flying training of pilots, before they move onto more advanced aircraft. 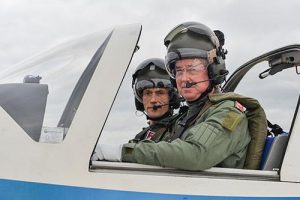 Accompanied by the RAF College Deputy Commandant, Group Captain Sean O’Connor, the Defence Secretary said; “To continue to meet the global changes we face, our RAF needs the best people and the best equipment. As we celebrate 100 years of RAF Cranwell, the personnel I met today will continue the RAF’s proud heritage as we also introduce cutting-edge new capabilities. We can only achieve this because of our £178 billion equipment plan, supported by a defence budget rising every year until the end of the decade.”

Group Captain O’Connor added “It was an honour to have the Secretary of State visit us today and I am sure that he enjoyed visiting and flying with us today . Those that join the RAF today can expect a rewarding and challenging career and I know that the students appreciated the opportunity to meet and talk to him.” Later trainee pilots from all three Services welcomed the Secretary of State to their Annual Dinner where he presented prizes to the most successful students over the last year.