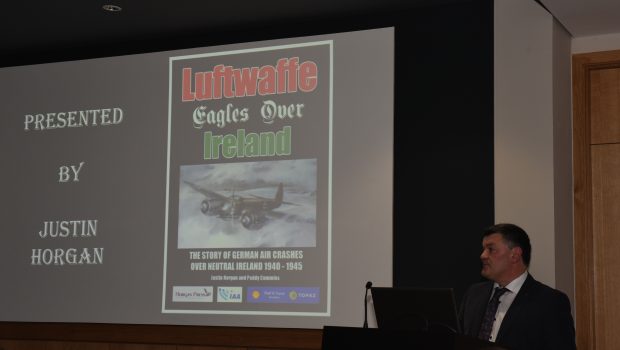 More than 20 years of research brings to life the activities of the Luftwaffe over Ireland.
The writers use the crashes on neutral territory to inform readers how Ireland became a bolt-hole for German flyers in trouble. The Luftwaffe’s own battles with the Royal Air Force in the skies around Ireland resulted in many crash or forced landings and the sometimes heavy price crews paid as they tried to find safe landing sites in Ireland. The book traces the events surrounding these crashes, the response of local people to these landings in their midst and the extensive efforts to save crew members. The book includes interviews with many of the surviving crews from that period and produces a fascinating military and social history of that time. 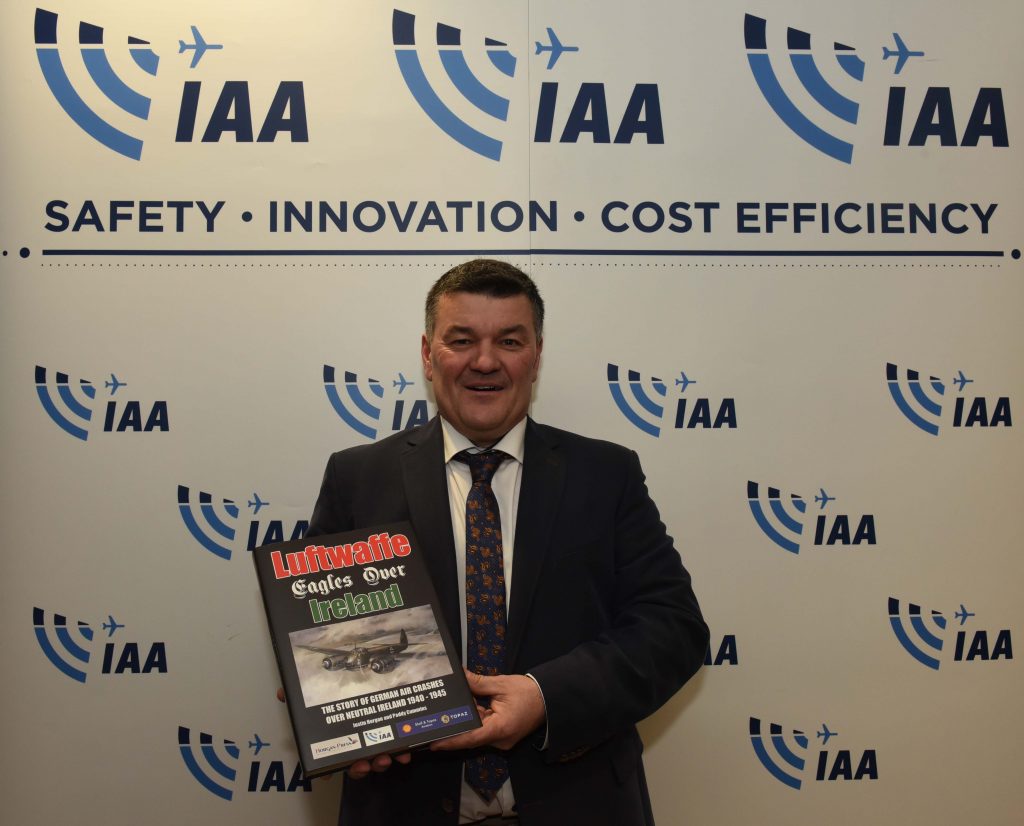 It includes stories of the downed crews’ amazing time at Curragh Camp, honour bound to return after being allowed out to cinemas and local hostelries.
The book also examines the relationship between the crews and the local people, the marriages and the deep bonds that were created for these young Germans with Ireland for the rest of their lives.

Justin Horgan has had a lifelong interest in The Second World War.
Educated at St Brendan’s College, Killarney his curiosity about German military history generally and in particular the Luftwaffe relationship with Ireland, led him to travel frequently to Germany.
There he interviewed former Luftwaffe air crew but that research led to friendships and constant communications over the last 20 years.
The first hand source materials are proof of bonds created during that long period of research.
In fact many of these aircrews’ children have stayed in contact with Justin.
Paddy Cummins had already published two aviation books.
Their paths crossed, a writing friendship was formed, but sadly Paddy passed away three years ago. 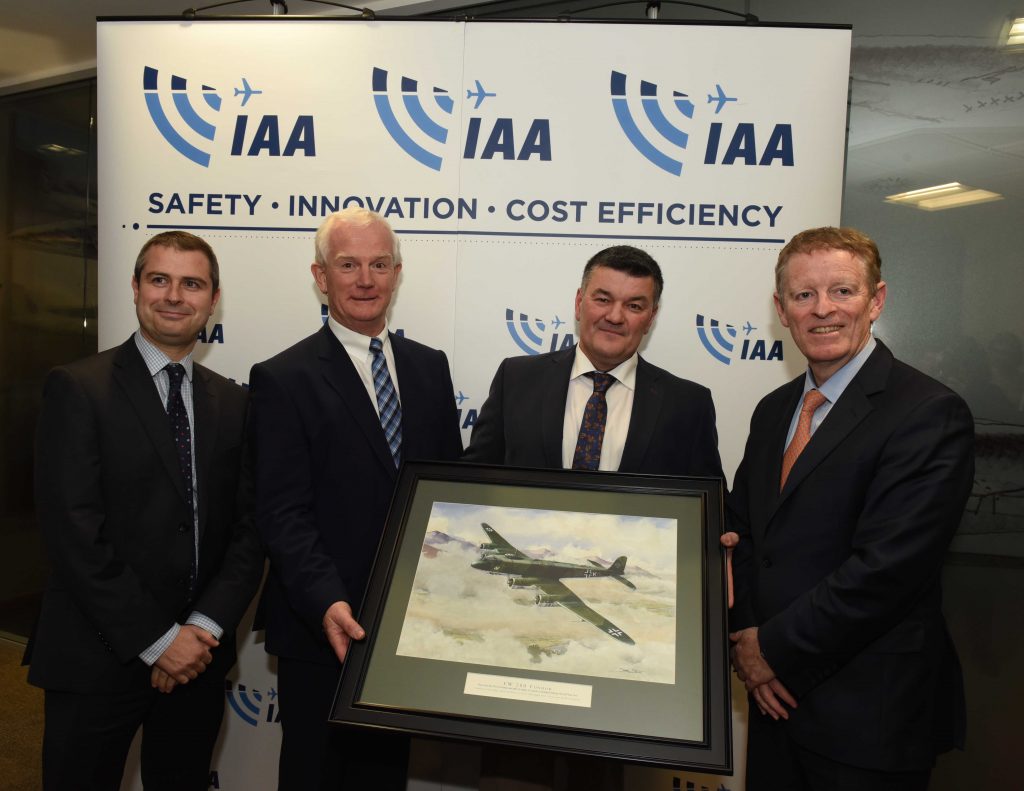 The book also traces their concerns at war’s end. In poignant passages, the writers follow a number of individuals to map what happened once peace had been restored.
There is rich material on those who tried to stay, and more especially those who came back to settle or felt that emotional bond with Ireland such that their visits back here became frequent.

‘Luftwaffe Eagles Over Ireland’ is a 400 page in-depth analysis with never before seen pictures of this time.
It is available directly from www.horganpress.com and is priced at €35.

Words and photos by Paul Kolbe