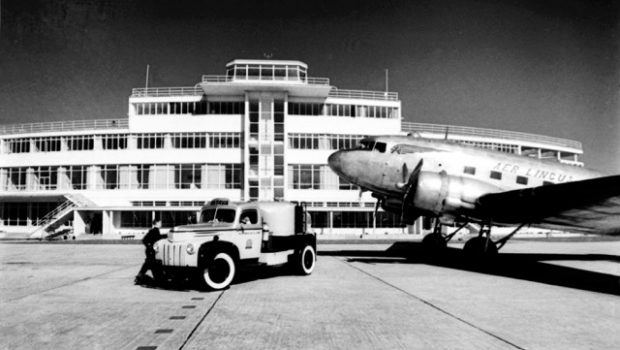 Flying with Father Browne: An enchanting album of aviation photographs 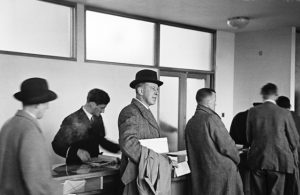 Passengers checking in at Dublin Airport

Father Francis Browne SJ has become one of the best-known and most important Irish photographers of the twentieth century. A Jesuit priest, Father Browne is best-remembered for his extraordinary collection of photographs taken during the maiden voyage of Titanic on which he travelled from Southampton, via Cherbourg, to Cobh. When Titanic sank, Fr Browne’s photographs were printed on the front pages of newspapers around the world.

Following the Titanic, Fr Browne photographed World War I, where he was a decorated chaplain on the battlefields of Europe. He continued to take photographs throughout his life, amassing a collection of 42,000 negatives which were lost and forgotten, until found by fellow Jesuit, E E O’Donnell SJ, the author of this book. Fr O’Donnell was the curator of the Father Browne Collection for many decades. 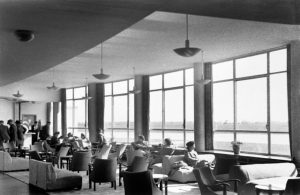 The lounge at Collinstown Airport 1946

Aviation was a source of great fascination for Father Browne. He flew in various aircraft from the early days of flight, often in private planes and in his later years on scheduled aircraft. This collection contains his unique images of Irish aviation in the early years of the twentieth century. From the new Dublin Airport to Cobham’s Flying Circus, from early photos of bi-planes to the Aer Lingus fleet, from photographs on the ground to photographs from the air, aviation and photography enthusiasts alike will find here a treasure trove of previously unseen material.

Flying with Father Browne is available from messenger.ie and bookshops nationwide. Priced at €19.99. Visit The Father Browne Collection on Facebook for regular updates. 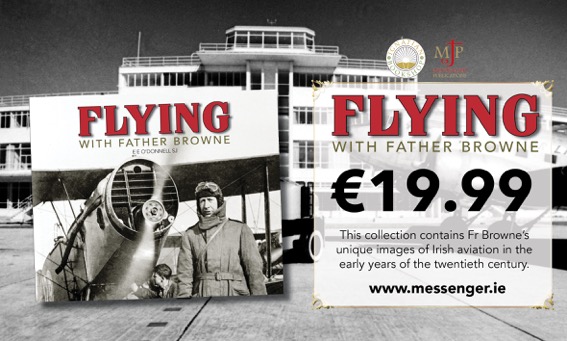 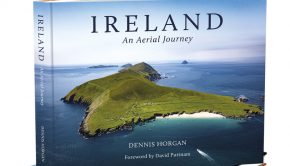 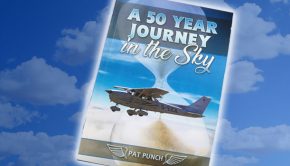