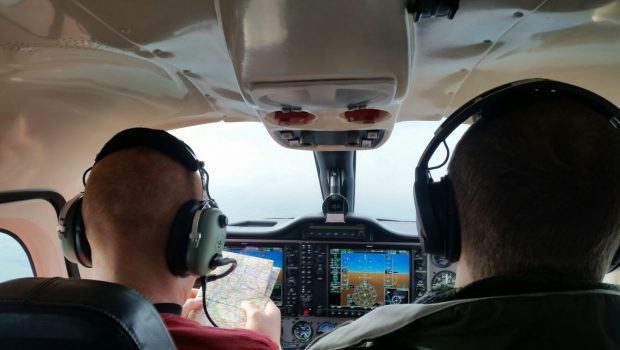 Overcoming Challenges to be Able to Live the Dream

Almost 5 years since starting my flight training I finally passed my CPL and MEIR skills test. To say I was ecstatic would be an understatement. Years of planning, saving and hard work had finally paid off. 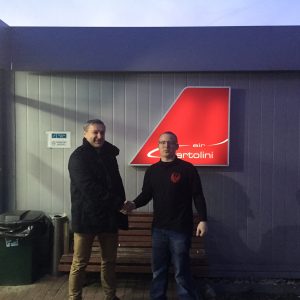 Just to recap, I wrote an article for Flying in Ireland Magazine back in 2011 outlining the trials and tribulations of obtaining a medical when you don’t quite meet the initial standards. I wrote the first article to let others in a similar situation to mine know that there are ways to succeed at your dream if you try hard enough.

Here is a little synopsis of my flight training after my PPL. I joined Phoenix flying club based in shannon who fly EI-BPL, Ireland’s only Centurion powered Cessna 172 (runs on jet A1). Between 2012 and 2015 I slowly built my hours required to start my CPL as and when I could afford it. I have since became a committee member and take an active role in the running of the club. I would recommend anyone looking for hour building or a club to join to look no further. It has to be the best value Cessna 172 in the country. That’s enough shameless plugging for now!

During 2013 I applied for Bristol ground school’s ATPL scholarship and was fortunate enough to be selected. I delayed starting the ATPL groundschool until June 2014 due to work commitments and the fact I knew I would not have the hours and funds saved to allow me to start CPL training once completed. Although one of the most challenging parts of the whole process, especially while trying to juggle working full time, Bristol groundschool do have a fantastic system in place to keep you motivated as a distance learner. 2 hours a day for 13 months plus 2 two week stints on Bristol’s brush up courses got me through the ATPL’s with all first time pases. 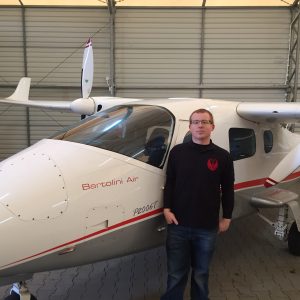 I picked Bartolini Air based in Lodz Poland for my commercial training, they have a great reputation, modern fleet of G950 equipped aircraft and I got good recommendations from friends who had been there previously. I picked January and February to start training as my work is seasonal and early in the year is my quietest period. I landed in Poland on the 3rd of January and was greeted by snow and temperatures of -20°C. I thought to myself what have I got myself into! Luckily over the next 7 weeks the weather was flyable at least 5 days out of 7 so I made great progress and managed to get my MEP, CPL and IR finished on schedule. Big thanks to all the instructors at Bartolini for getting me through the tests in such a short period. While in Poland I made some great friends at the flight school both with fellow students and locals, a truly wonderful place I would recommend visiting.

Once back in Ireland I settled back into work and booked my MCC/JOC with Simtech in Dublin for the second week of April. I really enjoyed the MCC which is a real change transitioning from single to multi crew. The course was run very well, by very experienced instructors.

On returning home from simtech I was greeted by an envelope from the CAA, my paperwork had arrived, what a relief to finally have the licence in hand. I am now on the job hunt looking for that elusive first job. Fingers crossed one of the many applications I submitted to various airlines will be positive. At least then I will have another article to write! For now that’s all and I hope anyone in a similar situation to me will continue with their dream and not give up. If I can be of any help contact me and I’ll do my best to help. I better get back to my flight planning for the Ormand flying club Fly-in on Sunday, 2 days of flying and camping: what more could a man want!

You can read Paul’s oringial article published in Flying In Ireland Magazine HERE.