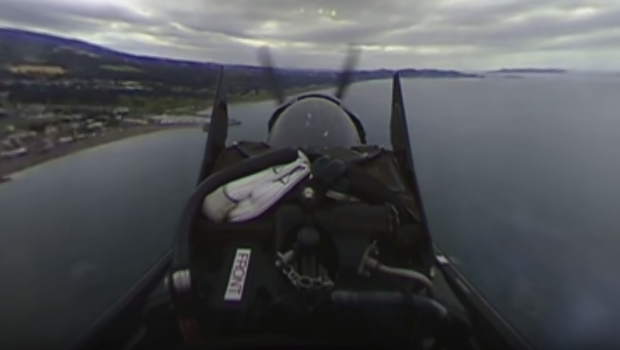 Take a trip onboard Eagle 1 as he displays the aerobatic capability of the PC9 in front of 50,000 people at the Bray Air Display