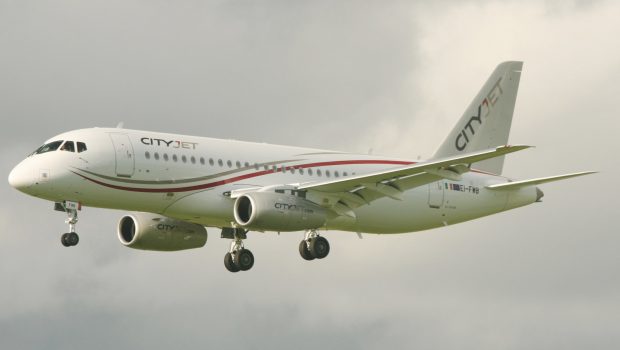 On 28th June, CityJet introduced the first of its new Sukhoi Superjet 100s, EI-FWA, on its seasonal twice weekly service to La Rochelle, the WX326/5, which was announced last October. The aircraft departed Cork at 12:49 and arrived in La Rochelle at 14:56. Earlier on 25th June, CityJet had inaugurated the route, which operates on Tuesdays and Saturdays, using Jota Aviation’s Avro RJ85, G-JOTR. La Rochelle is one of two seasonal routes being launched by CityJet, the other being Nantes, which is being operated weekly on Sundays, as the WX330/1. This service was launched on 19th June, using another Jota Aviation aircraft, BAe 146-200, G-SMLA. 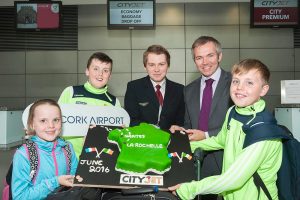 The launch of the Nantes & La-Rochelle routes from Cork

The historic city of La Rochelle is the gateway to key camping and tourist destinations along the west coast of France, not least the town itself and the nearby Île de Ré. Nantes provides easy access to the Loire Atlantique coast and the Pays de la Loire, with its chateaux and historical towns, including some of the best vineyards in France. Both destinations are popular with Irish tourists seeking to experience the delights of France. The flight distance to La Rochelle is 512 miles (823 km), while the flight distance to Nantes is 447 miles (719 km) and as such, is well suited to the Superjet SSJ100, which has a 98-seat configuration laid out five abreast in a generous 32” seat pitch. The interior has been exclusively designed by Italian car designers Pininfarina, who are responsible for some Ferrari and Alfa Romeo designs. By combining a wider seat and cabin height of over two metres for greater passenger comfort, the aircraft should have wide passenger appeal. This is a view echoed by Pat Byrne, Executive Chairman of CityJet, who described the Superjet as a “fantastic aircraft” adding that CityJet looks “forward to introducing our customers to its high levels of comfort and efficiency in the coming years”.

Cork Airport Managing Director, Niall MacCarthy added: “The new CityJet Superjet SSJ100 is a stunning, modern aircraft that offers outstanding levels performance. There are 78 Superjets in operation around the world since its first commercial flight in 2011 with many more to come on-line in the coming year. We’re delighted that CityJet has scheduled one of its first Superjets from Cork Airport and I’ve no doubt our passengers will fully appreciate the comfort of the aircraft”. 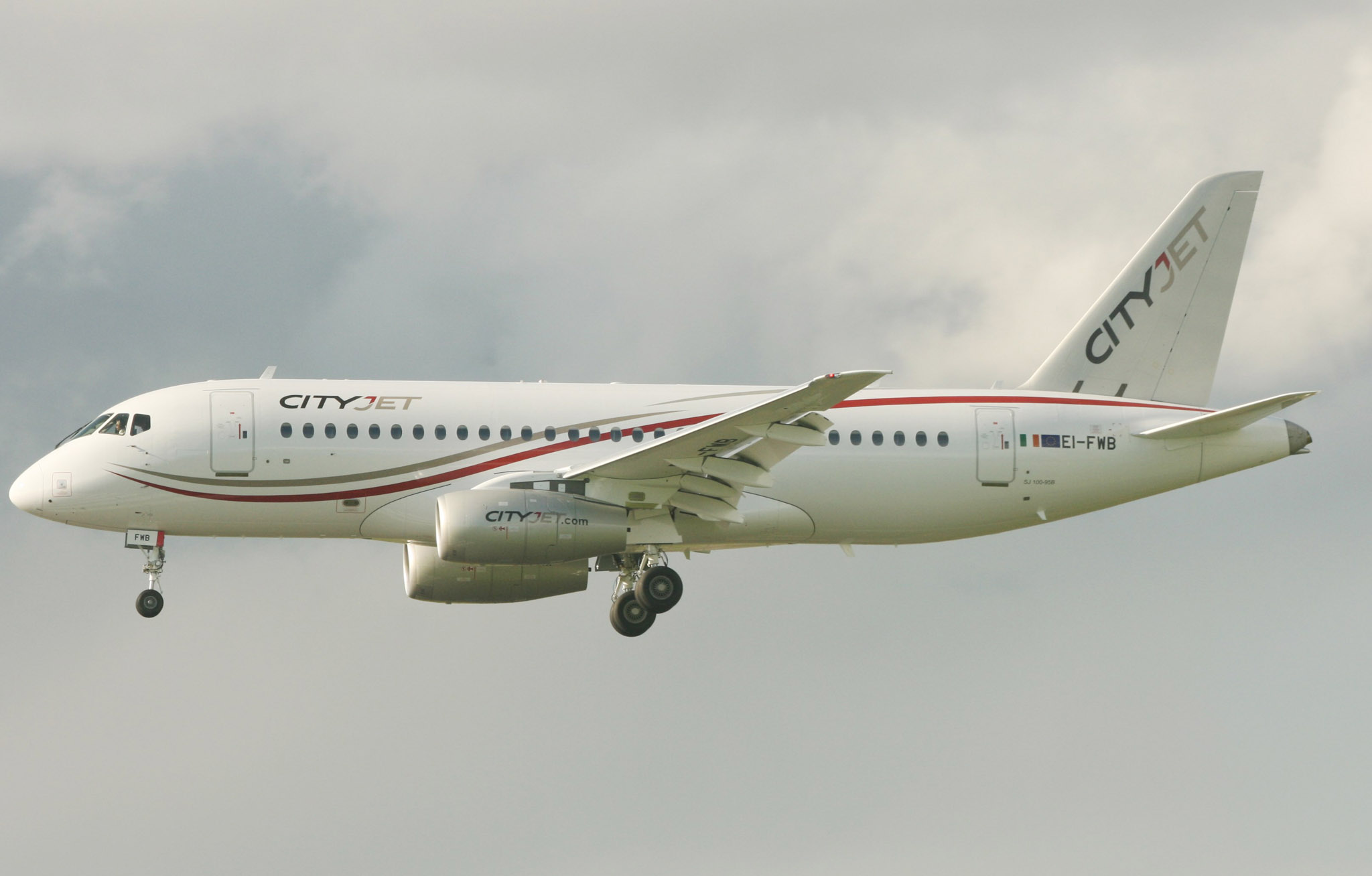 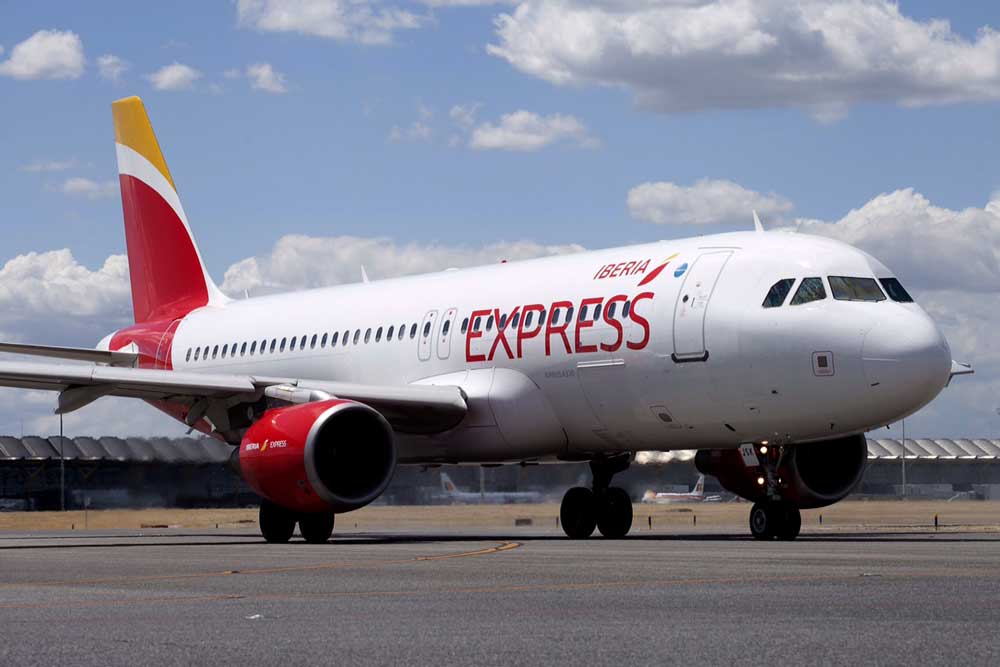 On 22nd June, Iberia Express launched its new twice-weekly Madrid – Cork service, the IB3638/9, offering Cork holiday makers even more choice when it comes to choosing their summer holiday destination. Passengers can also choose to fly on via Madrid to many Iberia Group destinations in Spain including Alicante, Malaga and Tenerife; Lisbon and Porto in Portugal; Marrakech in Morocco; and Buenos Aires, Mexico City, Montevideo, Sao Paulo and Santiago de Chile in Latin America.

The Deputy Head of Mission to Ireland from the Spanish Embassy in Dublin, Rafael Soriano, attended the launch event at Cork Airport to mark the commencement of the new route. He was joined by Gonzalo Ceballos Watling, Director of the Spanish Tourism Office in Ireland. 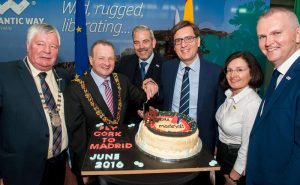 Welcoming the new service, Kevin Cullinane, Head of Communications at Cork Airport said: “Securing this new Madrid route has been testament to the hard work of the teams at Cork Airport, Iberia Express and Madrid Airport and I would like to thank everyone for their support in this and expanding our route network to open up new destinations for our passengers is at the heart of our growth plans for Cork Airport. Madrid is an absolutely key Spanish destination. The added advantage of this route is that other destinations in Spain are readily accessible from Madrid, being that it is right in the heart of Spain.”

Flights between Cork and Madrid are operated by an Airbus 320 aircraft, equipped with 180 seats, distributed in both Business and Economy cabins. The inaugural flight, the IB3638, was operated by Airbus A320-216(WL), EC-LYE, which departed Madrid at 13:10 and arrived in Cork at 14:10. The return flight, the IB3639, departed Cork at 16:50 landing back in Madrid at 18:04. The new service will operate every Saturday and Wednesday until 17th September.