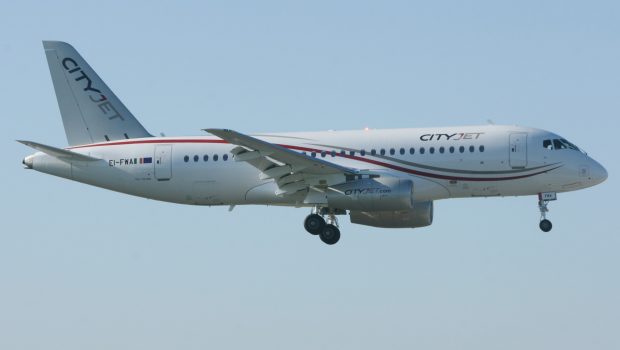 At 18:30 on the evening of Thursday, 2nd June, in beautiful sunlight, CityJet’s first Sukhoi SSJ 100-95 Superjet, EI-FWA (c/n 95102) landed on runway 10 at Dublin. It was another in a number of historic firsts, that sees an Irish airline, take delivery of a Russian built airliner. EI-FWA will soon be joined by a second aircraft EI-FWB (c/n 95108) in mid-June and three more by the end of the year. 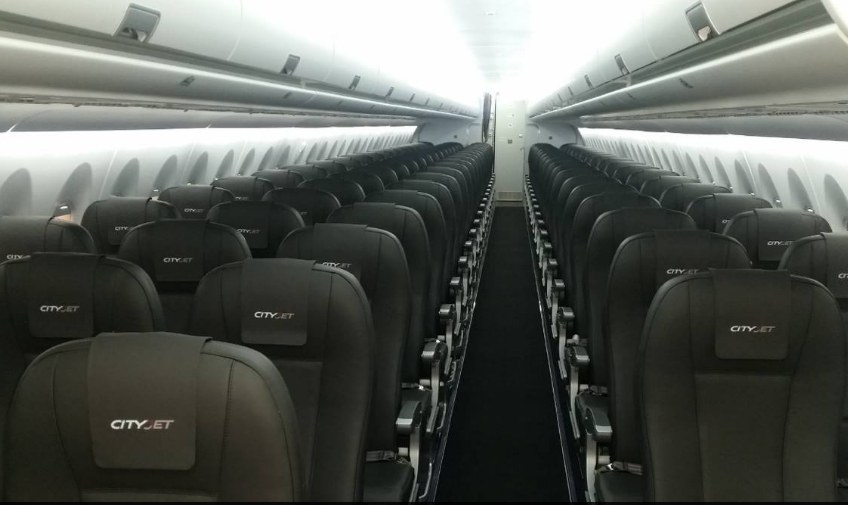 The interior of the Sukhoi SSJ

It is a truly historic development for Sukhoi the Russian manufacturer and SuperJet International (SJI), the joint venture between Alenia Aermacchi (51%) and Sukhoi Holding (49%), established to sell the aircraft. It is also a truly historic development for CityJet, who have taken a leap of faith by leasing 15 of the aircraft, with an option for an additional 16, in a deal is worth over $1 billion (around €897.5 million), including options and after-sales services. None of this would have been possible without the support of aircraft financing firm Falko, who are purchasing the aircraft for onward lease to CityJet. 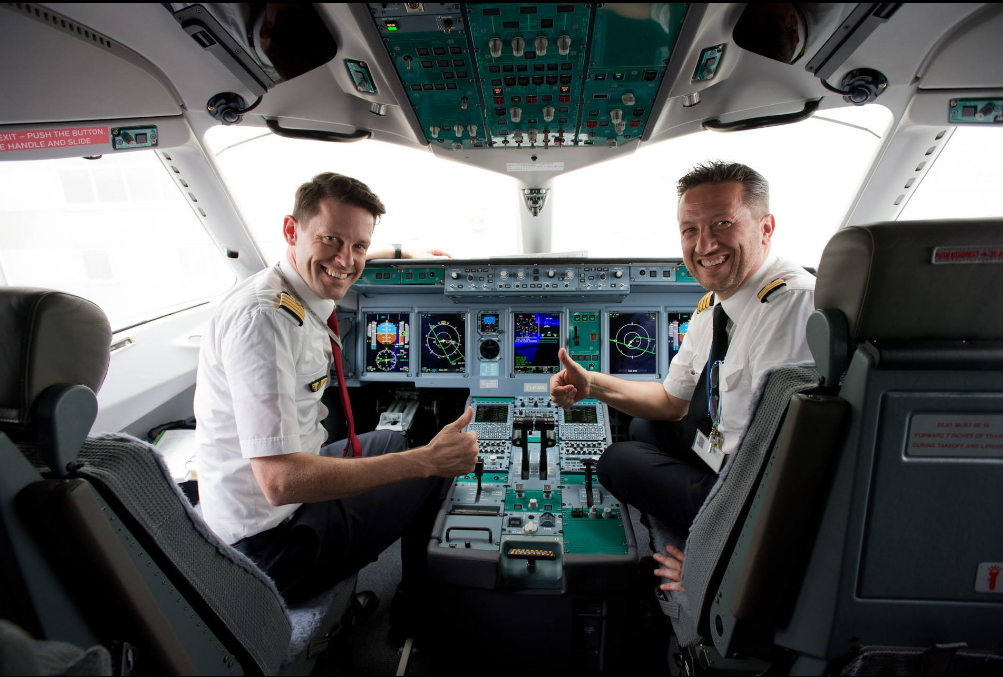 CityJet currently employs 670 staff with bases in Finland, France, Ireland, Sweden and the UK and continues to recruit additional staff, to cater for this diverse range of bases and various airline operations. On 31st May, the airline formally launched its ‘Climb High; Mentored Cadet Programme and has announced that it will commence recruitment for the first 10 trainee pilots during June.

With continued growth in CityJet services, the airline has launched the cadet programme to deliver qualified pilots for its new routes. The 10 Cadets will be employed by CityJet upon successful completion of their training across the CityJet network, within the current crew bases in Dublin, London City Airport, Paris, Stockholm and Helsinki and, later this year, Amsterdam.

CityJet’s Director of Operations Robert Tatten said: “The launch of our new cadet programme will provide the start of an exciting career path for the successful applicants. CityJet has undergone significant growth in recent months, with, in addition to our Avro RJ85 fleet, eight Bombardier CRJ900s joining our new Nordic network and the arrival this summer of our new Superjet SSJ100s. This is definitely a great time to join CityJet and we look forward to welcoming our new recruits to our Cadet Programme later this year.”

CityJet is proud to partner with CAE Oxford Aviation Academy to provide the initial training for the CityJet Cadets. CAE Oxford Aviation Academy has a long standing history in training excellence and has established itself as one of the leading training providers in Europe. The training will take place in Oxford and Phoenix, Arizona. The Cadet programme opened for applicants on 31st May. 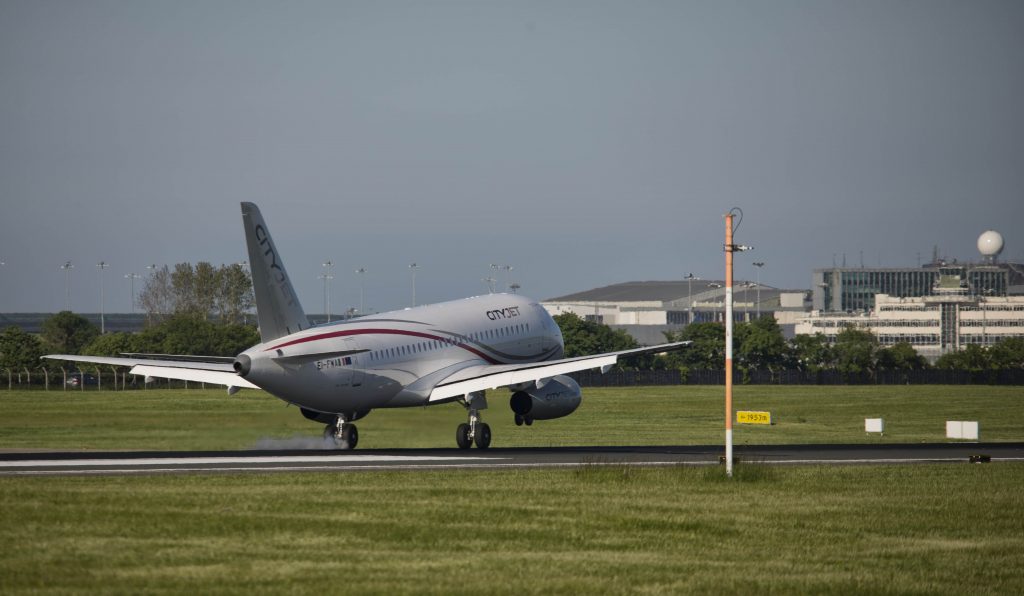 The Sukhoi touches down in Dublin for the first time. Paul Kolbe.