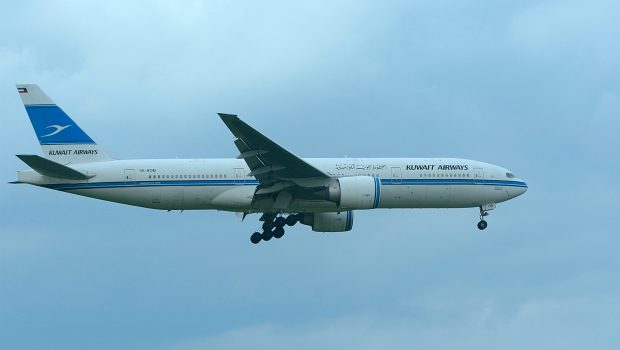 In a brief statement on 23rd June, it was announced that a new transit service, from Kuwait to New York/JFK via Shannon, operated by Kuwait Airways, would commence on Friday 24th June.

The surprise announcement, which is a major first for the Airport, and indeed the first time ever that Kuwait Airways will have a footprint in Ireland, will see the airline operating three times a week on Friday’s, Sunday’s and Wednesday’s using a Boeing 777-200. Kuwait Airways currently operates the service directly to New York as the KU117.

Welcoming the announcement Andrew Murphy, Chief Commercial Officer, Shannon Group said; “Kuwait Airways operates scheduled international services throughout the Middle East, to the Indian subcontinent, Europe, Southeast Asia and North America, from its main base at Kuwait International Airport. Securing this transit operation opens up the possibility of further developments with the airline. We will be working closely with them to explore further opportunities.”

Confirming their new transit service, Philip Saunders, Chief Commercial Officer, Kuwait Airways said: “We are delighted to be working with Shannon Airport on this initiative. The entire airport community have responded quickly and pro-actively to our requirements allowing this change in the service to be implemented seamlessly. We are looking forward to being able to offer the time-saving US Preclearance service at the earliest opportunity and to a successful partnership with Shannon Airport.”

According to the Kuwait News agency, the ‘requirements’ referred to by Mr. Saunders are “part of extraordinary security precautions”, agreed between the Kuwaiti and American authorities, “aimed at securing maximum security and safety for the passengers”. The stopover had been added as part of “co-ordination” between the two authorities. Passengers were assured that the “stopover at the Irish airport would not exceed two and a half hours”. The statement added that the return flight, the KU118, would be direct from New York to Kuwait International Airport and noted that “the route of the flight has been altered due to renovation at Kuwait airport”.

Recently the Directorate General of Civil Aviation (DGCA ) of Kuwait received a request from the United States to expand security measures and additional inspections at Kuwait International Airport. The request came amid US concerns regarding the possibility of terrorist operations in light of the troubled security conditions in the region, said Saleh Al-Fadhaghi, the Operations Manager at the DGCA.

Meanwhile, Fadhaghi said that the precautionary measures taken currently at the airport already meet US demands, adding that they are of high level and certified by international monitoring bodies. “A team from the Transportation Security Administration (TSA) in the US visited Kuwait International Airport a couple of weeks ago and praised the security measures taken here,” Fadhaghi said. He added that the DGCA signed a two-year contract with the International Civil Aviation Organization (ICAO) to boost security measures at the airport.

Kuwait Airways is the national airline of Kuwait, with its head office on the grounds of Kuwait International Airport, Al Farwaniyah Governorate. It operates scheduled international services throughout the Middle East, to the Indian subcontinent, Europe, Southeast Asia and North America, from its main base at Kuwait International Airport. Kuwait Airways is a member of the Arab Air Carriers Organisation. The airline operates a relatively small fleet of 22 aircraft consisting of ten Airbus A320-200s, five Airbus A330-200s, four Airbus A340-300, one Boeing 747-400 and the two Boeing 777-200s. To address its seriously ageing fleet, Kuwait Airways announced in February 2014, the lease of 12 Airbus aircraft including seven A320ceo and five A330-200s in addition to the purchase of 25 aircraft including ten A350-900 and 15 A320neo Family aircraft. In December 2014 it finalised an order for ten Boeing 777-300ERs (Extended Range), having originally announced its intent to order the 777-300ER that November. It took delivery of its first A330-200 in June 2015 marking the start of a major fleet renewal plan.

Transit Passengers to Shannon are now able to enjoy a newly upgraded Transit Lounge, following the completion of a €3m enhancement at the airport, which also included improved European departure gates.

The upgrade works are part of a wider capital investment programme to enhance the passenger experience at the historic terminal building, which over the years has hosted some of the world’s most famous people, from US presidents to stars of screen and stage. In total this year will see €6m in total invested this year in a range of projects including, customer service initiatives, apron reconstruction, fire compliance upgrades and energy efficiency projects. 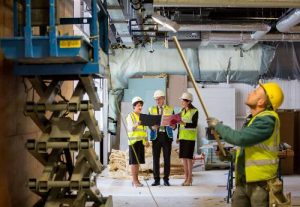 The Transit area enhancements include the total refurbishment of the transit lounge and restrooms and the creation of a new catering facility and food court. The works are being carried out for the airport by Clare based companies M. Fitzgibbon Contractors and O’Keeffe Electrical Engineers, under the direction of the airport’s consultants, Tobin Consulting Engineers from Galway.

Commenting on the programme, Mary Considine, Acting CEO of Shannon Group said, “We have taken pride in being customer focused and this initiative will help us provide an enhanced service and underpins our continued commitment to enhance our customers’ experience. It complements the major refurbishment of our Shannon Duty Free which we undertook last year and saw the world’s first duty free get a major makeover.”