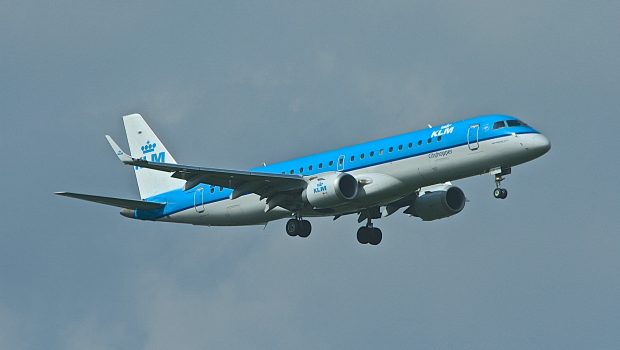 At an announcement on 21st June, KLM Royal Dutch Airlines (KLM), part of the Air France-KLM Group, confirmed that it was expanding its medium haul network, with flights to Dublin, with a twice-daily service to Amsterdam-Schiphol Airport. The statement comes after an earlier press conference, scheduled by the DAA for 14th June, was cancelled at short notice.

The route will form part of KLM’s new Winter Schedule, commencing on the 30th October, and will be KLMs first destination in the Republic of Ireland and the 78th European destination that is operated directly by the airline, from Amsterdam. The airline also operates a daily service from Amsterdam to Belfast (George Best City airport), the KL947/8, using Fokker 70s. For the winter schedule this reduces to six days per week (no Saturday service).

The Dublin – Amsterdam schedule has been devised to compliment KLM’s long-haul network, offering passengers easy connections to destinations such as Johannesburg, Havana, Beijing and Hong Kong. The launch of the Dublin service strengthens KLM’s positions in Ireland. The two new KLM operated flights will still be complimented by the existing cooperation with Partner Aer Lingus, to offer in total, four flights per day between Dublin and Amsterdam, offering convenient connections to its worldwide network of over 150 destinations. Currently, Aer Lingus operates four services a day, a reduction from the five per day frequency, which has been operated over the last few years. Ryanair is also operating on the route, having commenced services from 27th October last, with a four times per day service. 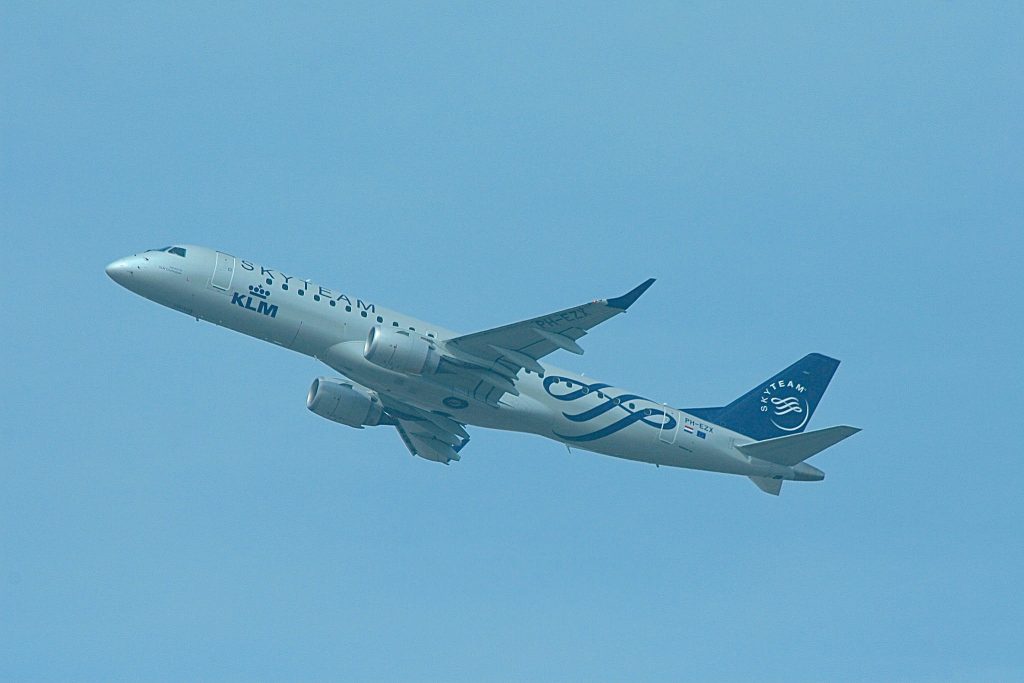 KLM’s hub at Amsterdam Airport Schiphol is consistently voted one of Europe’s best business airports and was voted Best Airport in Europe at the 2015 Business Traveller Awards for the 15th consecutive year. Connections to European cities can be made in as little as 40 minutes; to long-haul destinations 50 minutes is enough to efficiently transfer at the airport. 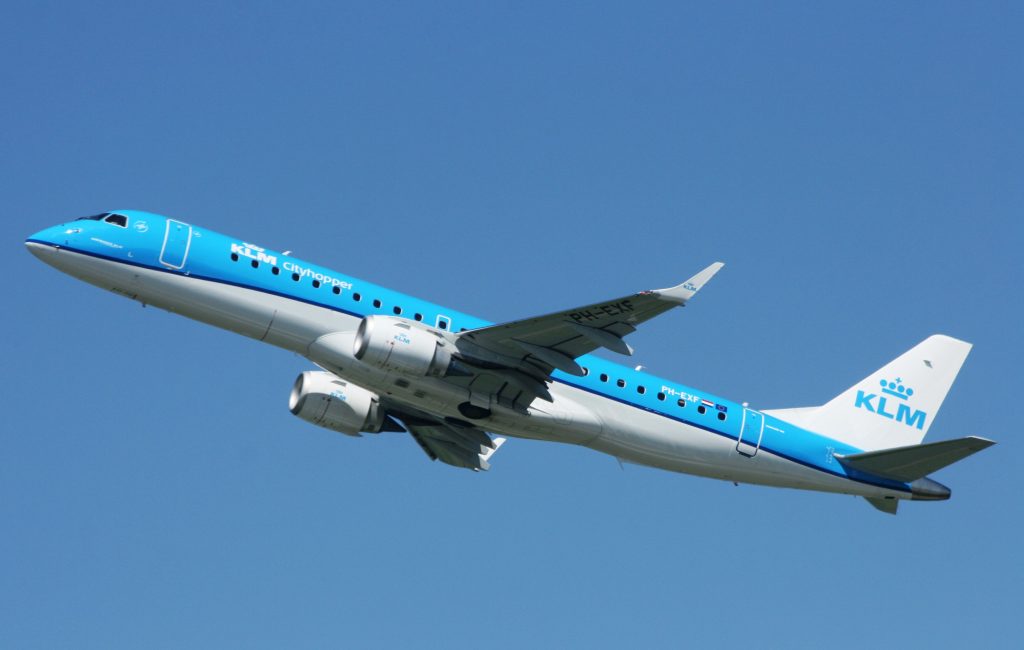 The new flights will be operated using Embraer 190 aircraft, operated by KLM Cityhopper, the regional subsidiary of KLM, carrying up to 100 passengers. On board, passengers will benefit from the new range of KLM products and services on the ground and during the flight. This includes two cabins and three travel classes; a full Business and Economy class as well as Economy Comfort. Seat pitch in Business and Economy Comfort class is 84 cm (33”) and 79 cm (31”) in Economy Class. Europe Business Class offers an extra baggage allowance, access to KLM Crown Lounges or those of its partners and 250% extra Flying Blue Miles. It also offers baggage priority at airports and on board catering of a luxurious breakfast to a delicious hot meal, sandwich, salad or tapas plate, and various snacks, depending on the time of day.

KLM is today the oldest airline still operating under its original name. It was founded on 7th October, 1919 to serve the Netherlands and its colonies, but it also has a rich history in Dublin. In 1947 it was the first continental carrier to serve Dublin Airport, operating initially with a DC3. The route was ceased in 1966, so this year marks 50 years since KLM operated in Ireland. Despite not operating in the Irish market for 50 years, research shows huge recognition for the KLM brand and significant support from business and leisure sectors for the commencement of the route.

With Air France, KLM is at the forefront of the European airline industry. Offering reliability and a healthy dose of Dutch pragmatism, 32,000 KLM employees work to provide innovative products for its customers and a safe, efficient, service-oriented operation with a proactive focus on sustainability. KLM strives to achieve profitable growth that contributes to both its own corporate aims and to economic and social development. 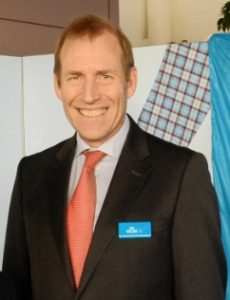 “I am delighted to announce KLM will be serving Dublin Airport, offering passengers access to our worldwide network. Demand for efficient, seamless and convenient schedules to long-haul destinations from Ireland continues to grow, particularly to emerging markets such as Latin America, Africa and Asia – all markets where KLM has strong networks. We recognise the importance of Dublin Airport as a convenient departure point for both business and leisure travellers, and are pleased to now offer Dublin passengers access to our worldwide network of over 130 destinations, via our award-winning hub at Amsterdam Airport Schiphol. We know that the service we will provide out of Dublin will perfectly answer the needs of Ireland’s capital and demonstrates our commitment to the Irish market”. 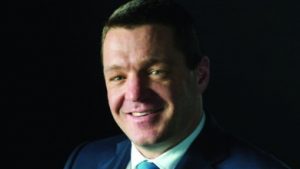 Pieter Elbers – KLM President and CEO added; “Improvement in our results has been translated into growth in KLM network. Having introduced a record number of new destinations in the summer of 2016, the new destination Dublin is another proof of KLM keeping on investing in its network to offer customers an ever-broader range of destinations”.

“After five decades away, we’re delighted to welcome KLM back to Dublin Airport. This new service will offer enhanced choice and connectivity to passengers travelling to Amsterdam and also for those connecting to onward destinations from the Schiphol hub. This new KLM route to Amsterdam will be Dublin Airport’s sixteenth new service in 2016, as the airport continues to expand both its capacity and its route network.”

Cork Passengers Down 97% as the Airport Plans for Runway Works →